This striking modernist painting by Jacob Lawrence is an extremely scarce example from a series that the artist never completed on African-American life in the rural South. It is one of only half a dozen recorded paintings from this early of paintings that are known today. Patricia Hills in her recent Jacob Lawrence biography writes how Lawrence intended to paint a series on the rural life of African-Americans over a six month period. After finishing the The Legend of John Brown series in December of 1941 in New Orleans, Lawrence and his wife Gwendolyn Knight left for Virginia in February of the following year. With plans to embark on a six month series of painting, they moved to Lenexa, a small rural community thirty miles from Richmond, where they stayed with relatives. That spring Lawrence sent other paintings including Firewood and Drawing Water to the Downtown Gallery in New York.

Cutting Logs #51 is most closely related in subject matter and technique to Firewood #55, in the collection of the Smithsonian American Art Museum, Washington, DC. Both include various water-based media on paper, and the numbering with the title. The number is a recent inclusion by the Smithsonian American Art Museum - not included at the time of the publishing of the 2000 catalogue raisonné. Other known paintings from the 1942 series are Trees, 1942, now in the collection of Howard University Gallery of Art, Washington, DC, and The Plowman (Spring Plowing), gouache and tempera on board, 1942. Only two other gouache paintings from the series are recorded in Nesbett/DuBois - both are listed as "location unknown".

This lot will be accompanied by a letter of opinion from Peter Nesbett, co-author with Michelle DuBois of Jacob Lawrence: Paintings, Drawings and Murals (1935 - 1999), A Catalogue Raisonné, published in 2000. Hills pp. 143-145; Nesbett/DuBois pp. 63-65.
Set Alert for Similar Items 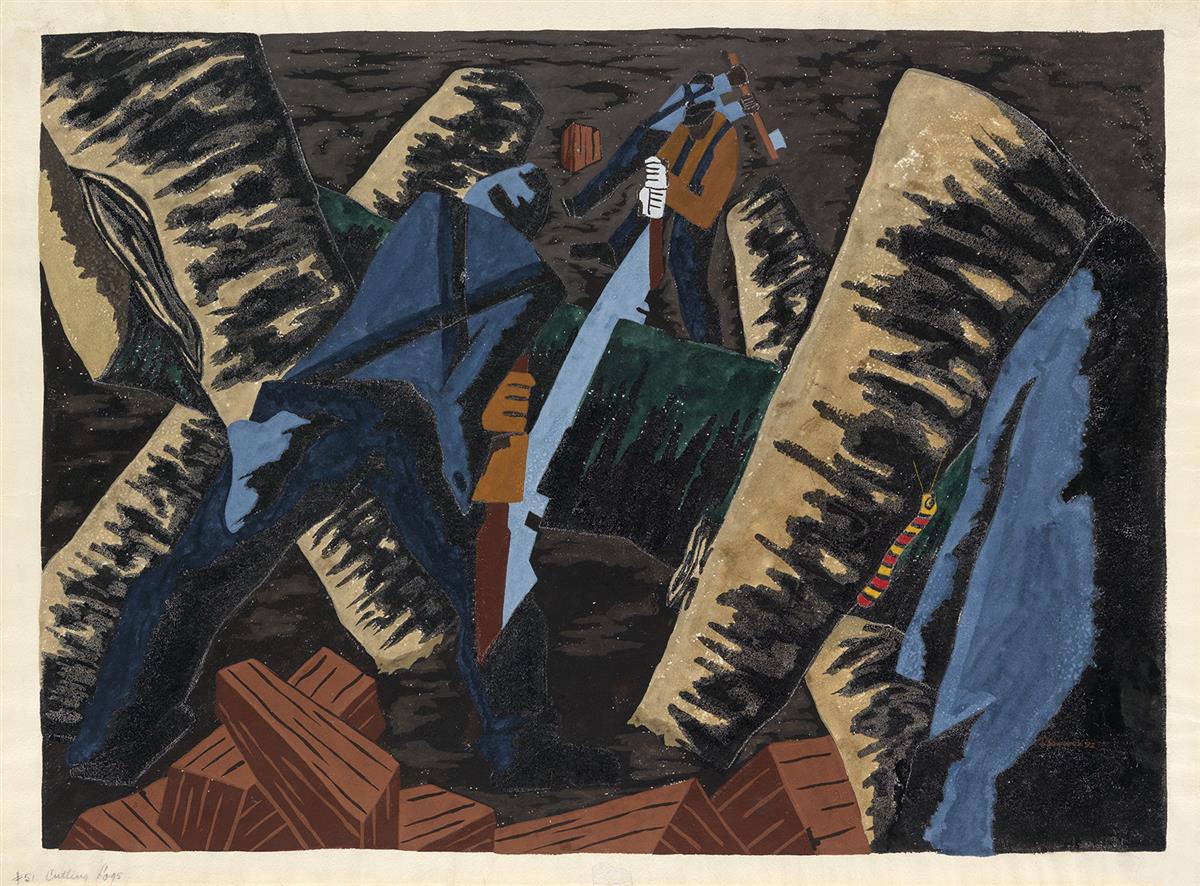