Black chalk with touches of white chalk heightening on blue laid paper, double-sided. 270x190 mm; 10 3/4x7 1/2 inches. One side squared for transfer in black chalk. Inscribed with the date "1592" in ink, lower center.

These drawings, on both sides, likely relate to the male figure with outstretched arms at the far right of Tintoretto's St. Roch in Prison Visited by an Angel, oil on canvas, circa 1567. The sheet is similar to a drawing in the Hessisches-Landesmuseum, Darmstadt (reproduced in Rossi, Jacopo Tintoretto, Florence, 1975, pages 17 and 18). This latter drawing, which dates from circa 1564, is likely a study for the male figure at the far right of Tintoretto's Adoration of the Golden Calf. The oily black chalk used in the current work recalls Tintoretto's heavily contoured figure drawings for his paintings which decorate the church of the Madonna dell'Orto, Venice, where incidentally the artist is also buried.

This drawing was attributed to Tintoretto by Professor W. R. Rearick, Venice, July 13, 1996, in a letter which accompanies the lot, and discussed by him in, "The Uses and Abuses of Drawings by Jacopo Tintoretto," Master Drawings, New York, 2004, pages 349-360.

More recent scholarship by John Marciari, Charles W. Engelhard Curator and Head of the Department of Drawings and Prints, The Morgan Library & Museum, New York, suggests that this sheet is perhaps a later copy made by another artist in Tintoretto's workshop. Marciari notes, "The ovoid head is almost a caricature of that in the Darmstadt drawing, and the squaring grid—encompassing the figure in only three square units—is not a type otherwise seen in the drawings for this composition," (see Marciari, Drawing in Tintoretto's Venice, New York, 2018, pages 73 and 89, note 42).
Set Alert for Similar Items 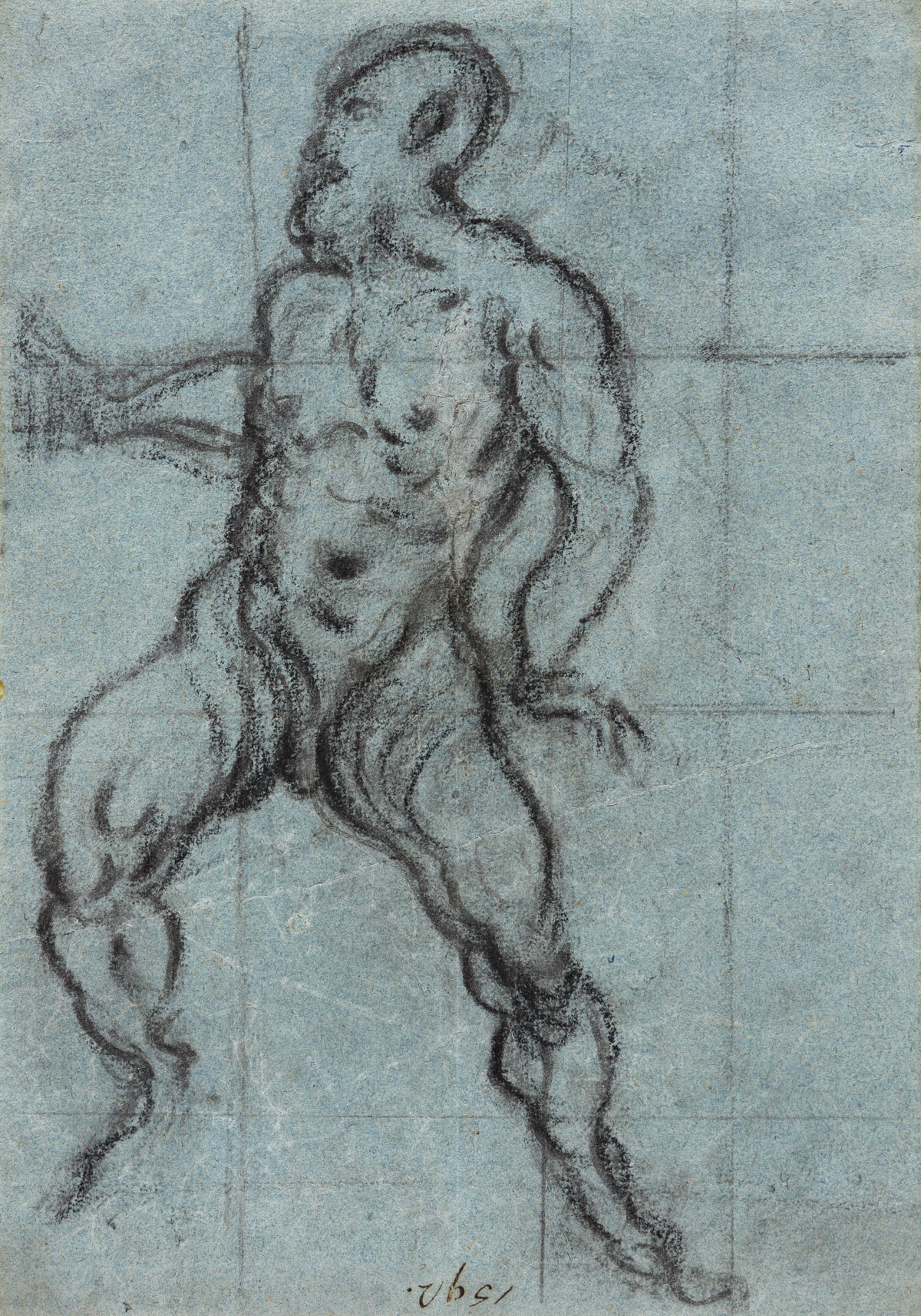