We have not found another impression at auction in the past 30 years. MacDonald records 18 known impressions in all eleven states combined and cites this impression as the only known impression in the second state ("Whereabouts unknown. Listed by E. G. Kennedy as owned by Julian Alden Weir, 1910").

The location, according to MacDonald, is, "The Calle de le Acque as seen from the Rio dei Baretèri, San Marco, south of the Palazzo Gussoni (where Whistler etched The Doorway, Venice. The bridge on the right is the Ponte de le Acque. Whistler may have been working from a boat or from a doorway above the rio at Number 4934 San Marco, and looked west across the rio in the direction of the Rialto. This view, drawn accurately on the copper plate, is reversed, as usual, in the print."

This subject is particularly scarce, as it was one of the Venice etchings not selected by Whistler for publication in either series Twelve Etchings or Twenty-Six Etchings, and was instead printed and sold by the artist himself, independently of any publisher. Kennedy 218; Glasgow 226.
Set Alert for Similar Items 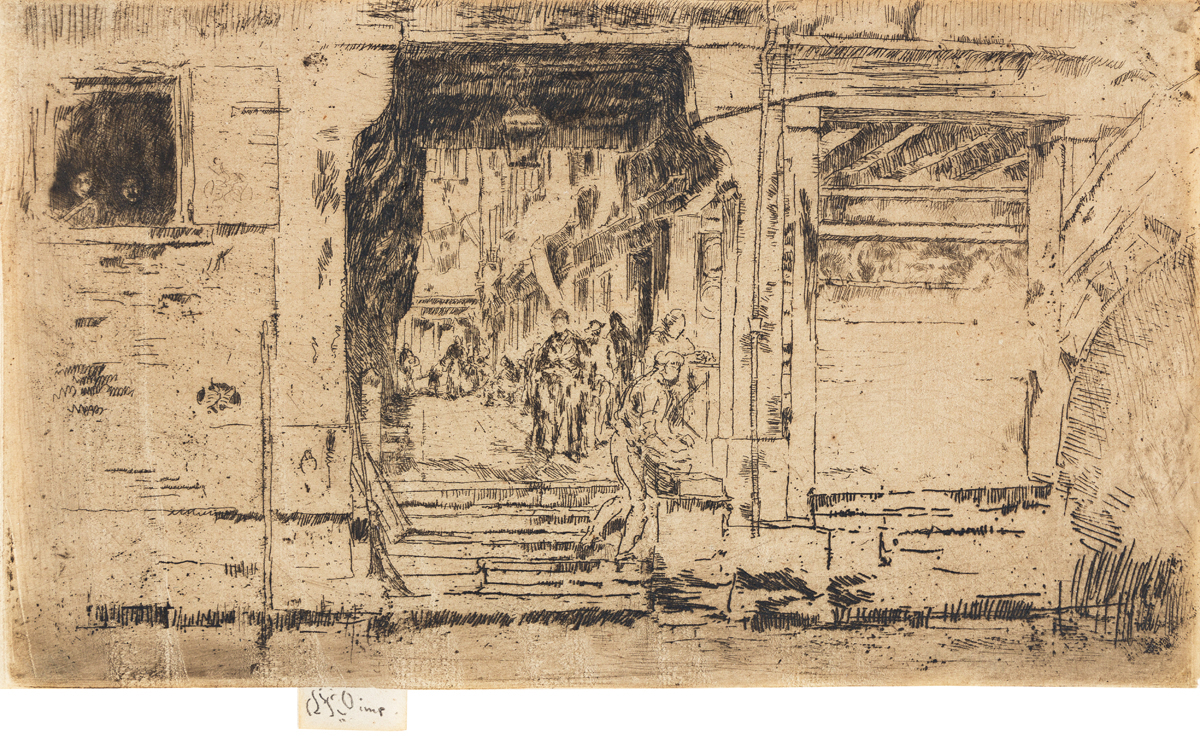