Etching on cream wove paper, 1859. 83x55 mm; 3 1/4x2 1/8 inches, full margins. MacDonald's second state (of 2), with the additional vertical shading lines in the background. A superb, richly-inked impression of this very scarce, early etching, with all the details distinct and with very strong contrasts.

As Getscher notes in The Stamp of Whistler, "Whistler was a very social animal," (Oberlin, 1977, page 13). His social ease was a great aid during his early years in Paris from 1855 to 1859. Through his short training in the studio of Parisian artist Charles Gleyre, he met a group of local artists who helped him adapt to life in the new city. His friendship with the artist Henri Fantin-Latour (see lot 83), which developed while they were copying paintings by the masters in the Louvre, led him into an artistic circle that included luminaries of French painting at the time such as Gustave Courbet, Carolus-Duran and Édouard Manet (see lots 42 and 43). Another associate of this group was the influential Parisian author and critic Charles Baudelaire, who was an early champion of Whistler's work.
Whistler also visited London frequently from 1855 to 1858, mainly to see his half-sister Deborah, who had married the artist Francis Seymour Haden, and her family. These visits provided the subjects for more of his etchings from this time and prepared the way for his move to London in 1859.

This still-life study, which stands alone in Whistler's etched oeuvre, was made shortly after his return to London from Paris upon the completion of the "French Set" or Douze eaux-fortes d'après Nature (see lot 29). Whistler and his brother-in-law worked closely for several months during this time at the latter's house on Sloane Street, London, where Haden had installed his own etching press. Kennedy 27; Glasgow 38.
Set Alert for Similar Items 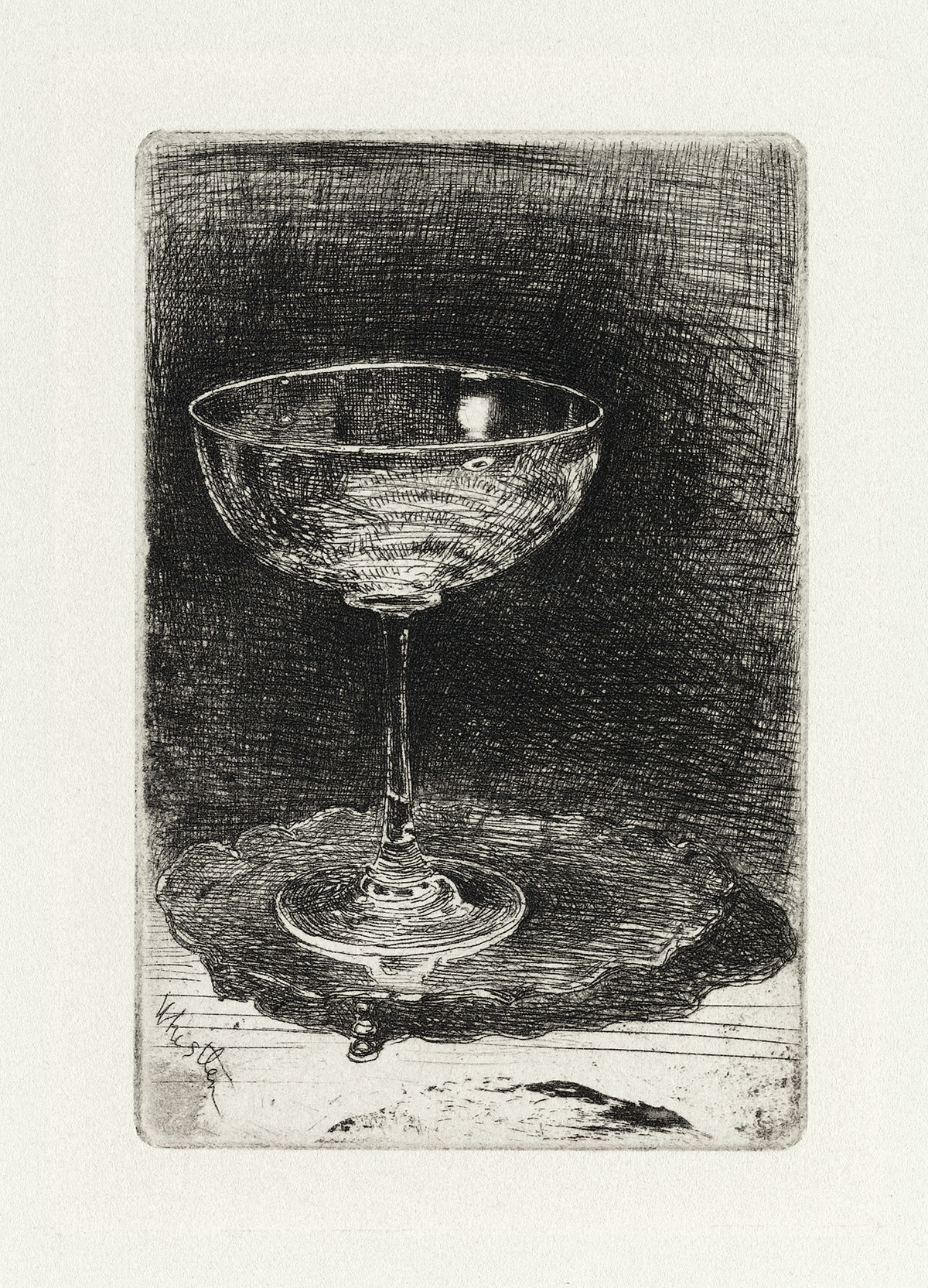