This unusual and early self-portrait is a striking departure for the artist, and a remarkable early foray into modernism by a Harlem Renaissance-era artist. Porter had received a Bachelor of Arts degree in painting at Howard University in 1926, when the following year he was appointed assistant professor there. Porter rose to prominence and widely exhibited his work in the early 1930s - including at the Corcoran Gallery of Art, the Detroit Institute of Arts, the Museum of Modern Art, the Baltimore Museum, and the Harmon Foundation, New York. At the Harmon Foundation, his best known painting Woman Holding a Jug, also from 1930, was reproduced on the cover of its 1933 exhibition catalogue and won the Schomburg portrait prize; its popular and critical acclaim brought Porter national recognition.
Set Alert for Similar Items 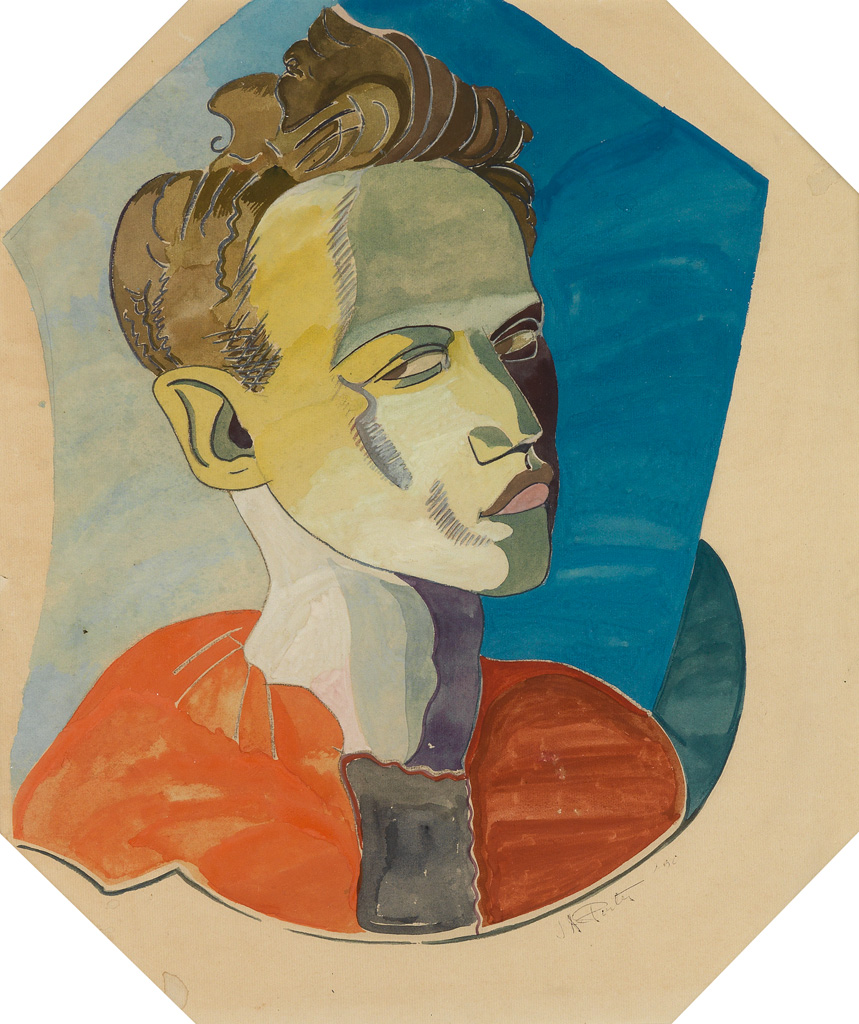