Fish Vendors at Bar Beach, Lagos is large canvas from the artist's scarce African period - made in Nigeria during his 1963-64 study and tour of West Africa.
Set Alert for Similar Items 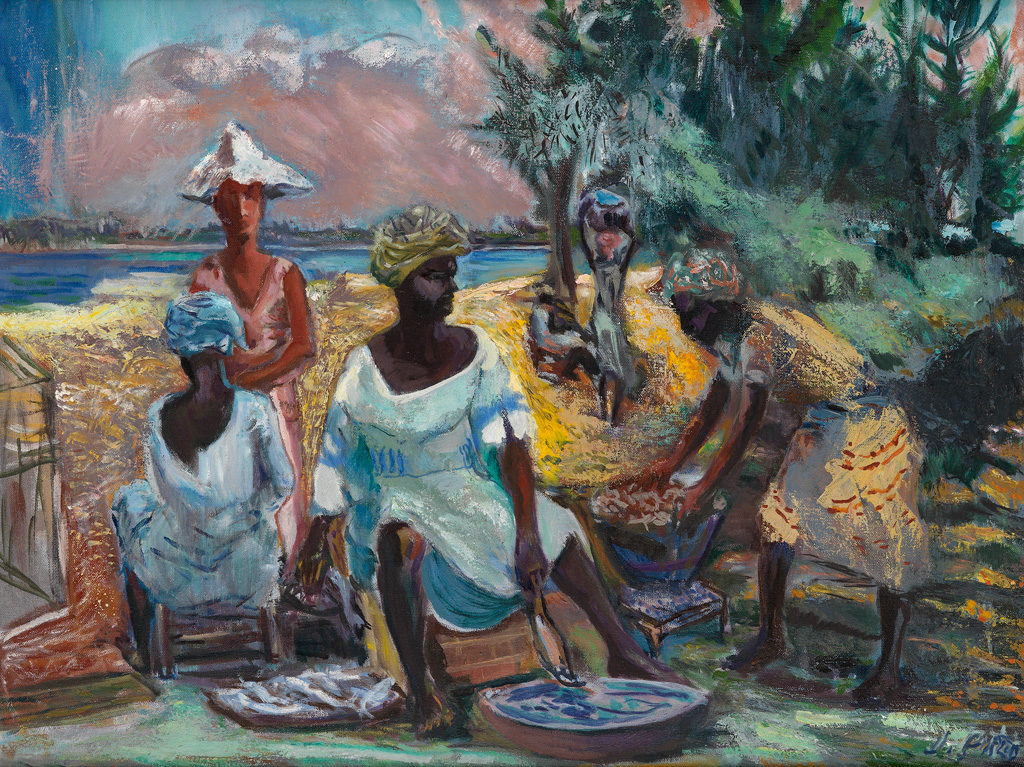