James A. Porter, artist, art historian, and head of the Howard University Art department, shows himself here as young artist at his easel. Porter widely exhibited his work in the 1930s - including at the Corcoran Gallery of Art, the Detroit Institute of Arts, the Museum of Modern Art, the Baltimore Museum, and the Harmon Foundation, New York. At the Harmon Foundation, his Woman Holding a Jug, 1930, reproduced on the cover of its 1933 exhibition catalogue, won the Schomburg portrait prize, and its popular and crtical acclaim brought Porter national recognition. After having graduated from Howard University in 1927, Porter established his career as an artist while teaching art at the University. This painting is dated to his first sabbatical year, when in 1935 he studied at New York University and the Sorbonne, University of Paris. That year he met Feral Benga in Brussels, and visited the studio of Henry Ossawa Tanner. Porter went on to complete and publish his seminal Modern Negro Art in 1943, one of the first comprehensive academic studies of African-American art.

This image is one of the best known self-portraits by an African-American artist, and has been extensively exhibited and reproduced. This important painting is also the first portrait in oil on canvas by James A. Porter to come to auction.
Set Alert for Similar Items 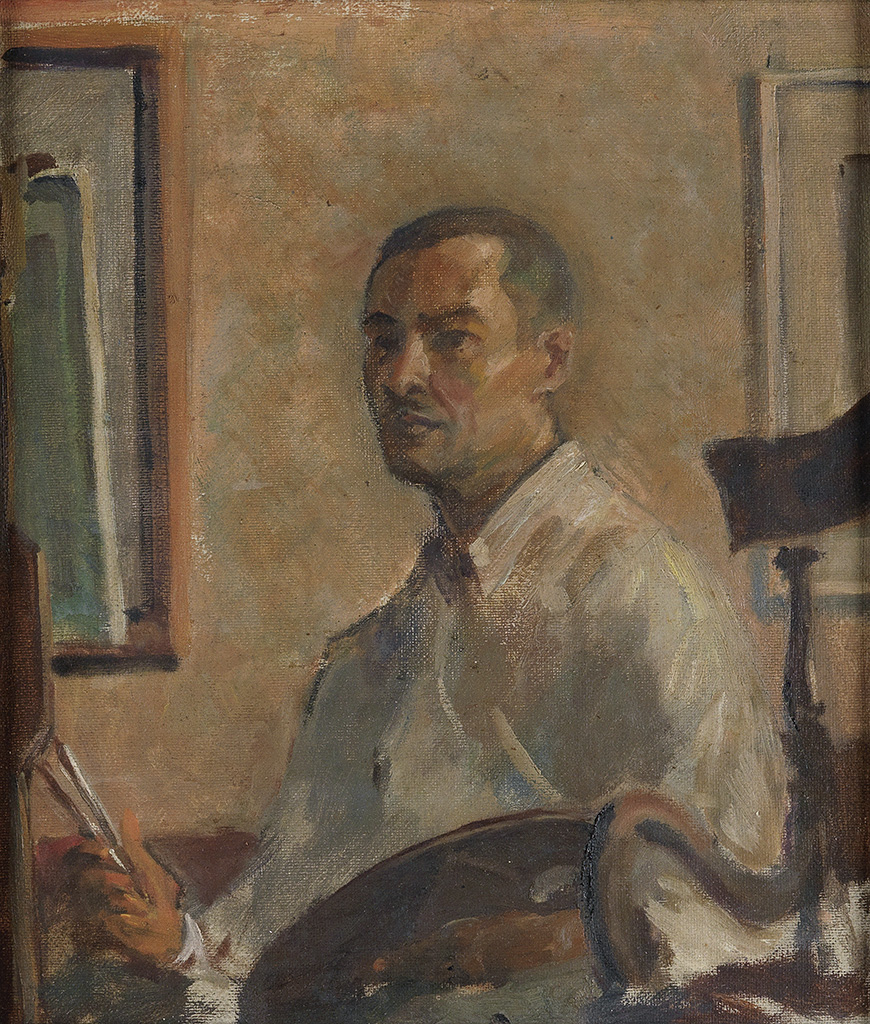