In 1963-64, James Porter took a sabbatical leave from his chairmanship of the art department at Howard University. He travelled and lived in West Africa, Nigeria and Egypt to gather materials for a projected book on West African art and architecture. He hoped to re-trace the African roots of black arts, and find its inherent African qualities. Porter said from this time that "I hope most sincerely that my paintings [do] reflect the enthusiasm and the understanding admiration which I have felt for Africa and the Africans, even though, admittedly the most skillful expatriate artist may utterly fail to capture those ineffable traits in the African people which we believe are made visible to us in their arts."
Set Alert for Similar Items 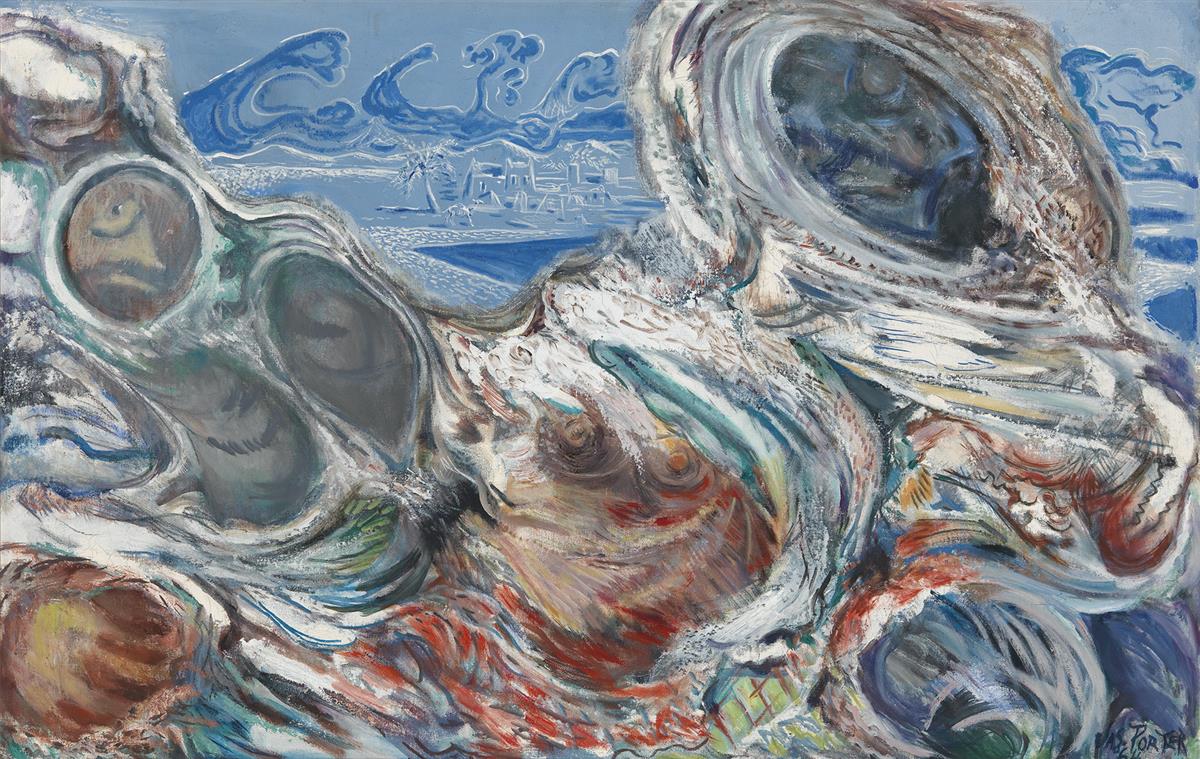