Price Realized: $ 5,200
Price Realized: $ 6,500
?Final Price Realized includes Buyer’s Premium added to Hammer Price
Estimate: $ 3,000 - $ 4,000
JAMES MONTGOMERY FLAGG (1870-1960) WAKE UP, AMERICA! / CIVILIZATION CALLS. 1917.
40 3/4x27 inches, 103 1/2x68 1/2 cm. The Hegeman Print, New York.
Condition B+: pin holes along top edge and in corners; water stains in bottom margin; minor creases and abrasions in image; slight darkening at edges; repaired tears in margins; slight flaking at bottom left corner; colors attenuated. Framed.
America remained removed, both psychologically and physically, from the widening horror of the war in Europe through 1917. Yet, as distant and isolated as America was, the winds of war were not ignored by all. Before the United States officially entered the war, private groups of concerned citizens and businessmen took it upon themselves to begin preparing America for the upcoming conflict. 1915 saw the foundation of the Mayor's Committee on National Defense, in New York, which helped establish similar organizations across the country to raise awareness and retool American industry to handle the needs of a war. Here, in a potent allegory, Columbia is rendered peacefully sleeping and unaware on the front porch, while behind her, the flames and smoke of war can be seen in the distance. This poster epitomizes "the New World turnaround from innocent neutrality to all out war - the mechanism of mass conversion" (Rawls p. 9). Printed and distributed in New York City, this poster is substantially rarer than most other World War I images, which were printed in numbers intended for national distribution. Given the care and attention Flagg paid to the design and printing of this image, he clearly had more time to work on it than his other Wake Up America Day poster, indicating that this poster would have been printed in the months following April 1917. Flagg p. 68, Rawls, cover and frontispiece, Theofiles 7.
Set Alert for Similar Items 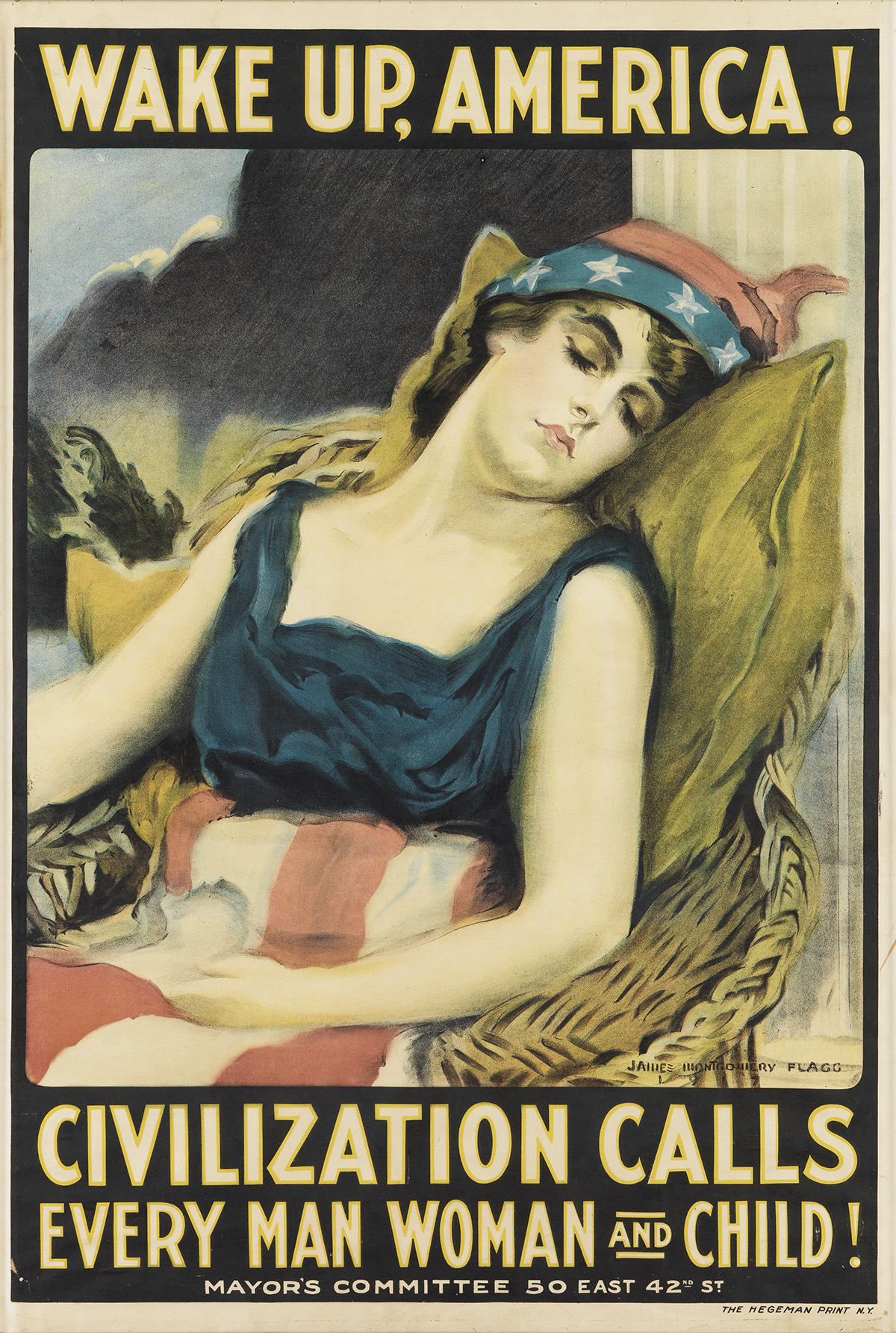