Price Realized: $ 3,000
Price Realized: $ 3,900
?Final Price Realized includes Buyer’s Premium added to Hammer Price
Estimate: $ 4,000 - $ 6,000
JAMES MONTGOMERY FLAGG (1870-1960) WAKE UP AMERICA DAY. 1917.
40 1/2x28 1/4 inches, 103x71 3/4 cm.
Condition B+: expertly-restored losses in margins and image; repaired tears, minor creases and restoration in margins.
On April 6, 1917, the United States Congress declared war on Germany. Over the next two weeks, the Recruiting Committee of the Mayor's Committee on National Defense organized one of New York's largest public recruiting campaigns in history. The day chosen to "Wake Up America" was April 19, the anniversary of the Revolutionary War battles of Lexington and Concord. The event, to be held on the 142nd anniversary of Revere's ride, was a giant parade down 5th Avenue, which attracted over 60,000 spectators. Airplanes, "the Paul Reveres of the skies," dropped appeals for recruits all over the city. Flagg supervised the construction of ten floats for the parade, several of which he designed himself. Given the short time between the declaration of war and the massive event, Flagg had to design this poster very quickly, which likely explains why it is composed of fewer colors than his normal lithographic work. The image, evoking a female Paul Revere emerging from the darkness, was not just a graphic flight of fancy. The "Wake Up America Day" celebrations began at midnight with a reenactment of Paul Revere's ride made by a young woman; Jean Earle Mohle, dressed as a Continental soldier, rode south through the streets of Manhattan "summoning the men of America to respond to their country's call" (New York Times, April 19, 1917). This is an image which Flagg, in his "only attempt at modernity" (Meehan 20), captures magnificently. Flagg p. 69, Modern American 25, Rawls 136, Borkan p. 178.
Set Alert for Similar Items 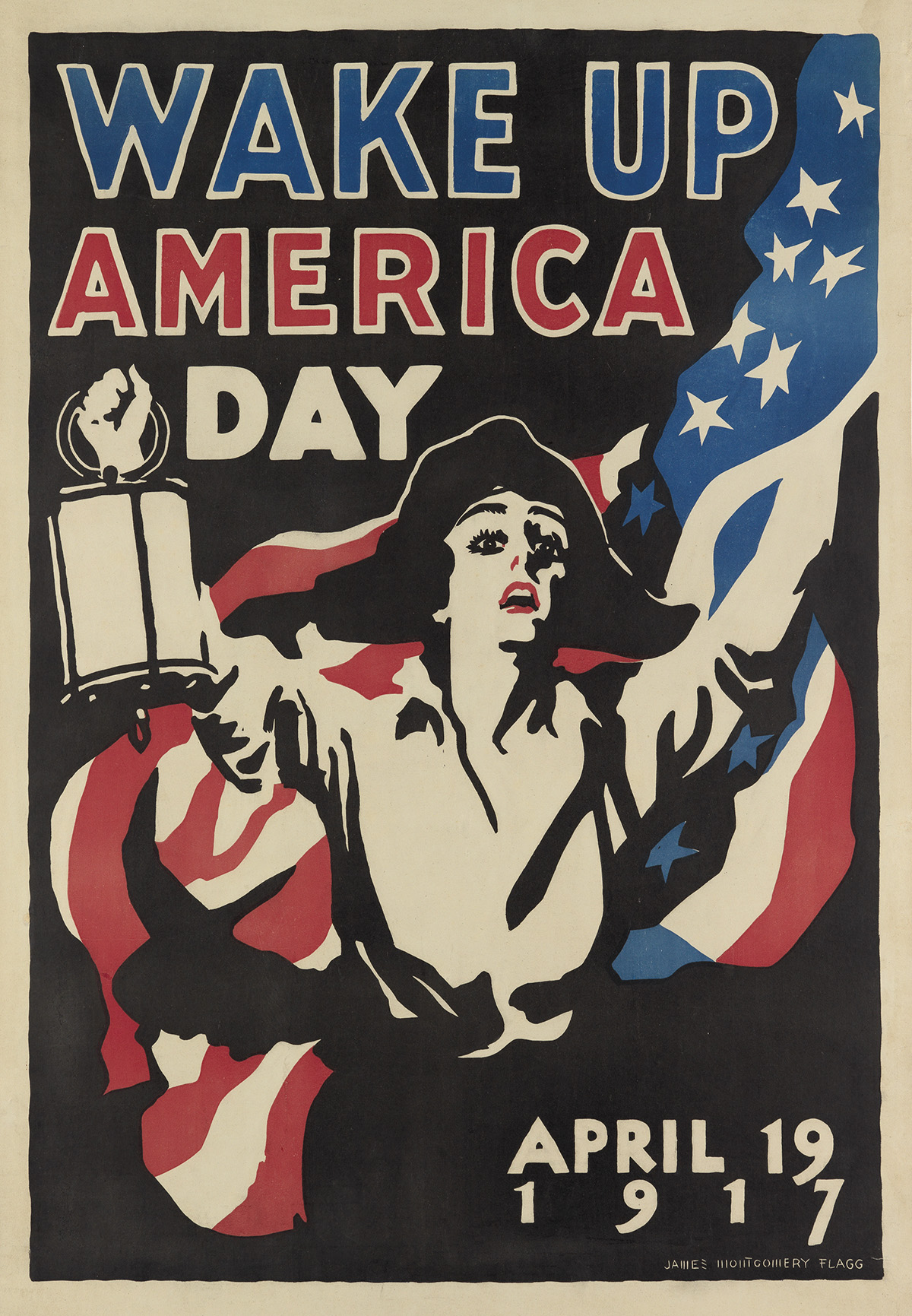