This lithograph is based on the encaustic on canvas with collage Portrait—Viola Farber, 1961-62 by Johns (b. 1930) in the Mrs. William Sisler Collection, New York. Johns' inspiration for the painting and lithograph was the American choreographer and dancer Viola Farber (1931-1998).

Farber met Merce Cunningham at Black Mountain College in 1952 and a year later became a founding member of the Merce Cunningham Dance Company. Through Cunnigham and the company, Farber was connected to the New York art scene of the 1950s-60s, and notably artists Robert Rauschenberg (who in addition to his career as a solo artist, designed sets and costumes for the Cunningham Dance Company), Johns (who privately assisted Rauschenberg during the 1950s in some of his designs for the company) and Cy Twombly (Rauschenberg had romantic relationships with both Johns and Twombly).

Farber created many roles in Cunningham's works, such as Crises, Paired Rune and Nocturne. Commenting on Crises which premiered in 1960, around the same time Johns made Portrait--Viola Farber, Cunnigham noted that it was, "An adventure in togetherness . . . I decided to allow for the dancers contacting each other, not only through holding or being held, but also by outside means. I used elastic bands around a wrist, an arm, a waist or a leg. By one dancer inserting a hand under the band on another they were attached but also at the same instant free." Cunningham wore a wide elastic band around his waist and a smaller one on his wrist which the other dancers would attach themselves to him at different times during the performance. Johns referenced the elastic band in the lithograph, which holds together the fork and spoon at the right. In 1965, Farber left Cunningham's dance company and in 1968, established her own company. Field 162.
Set Alert for Similar Items 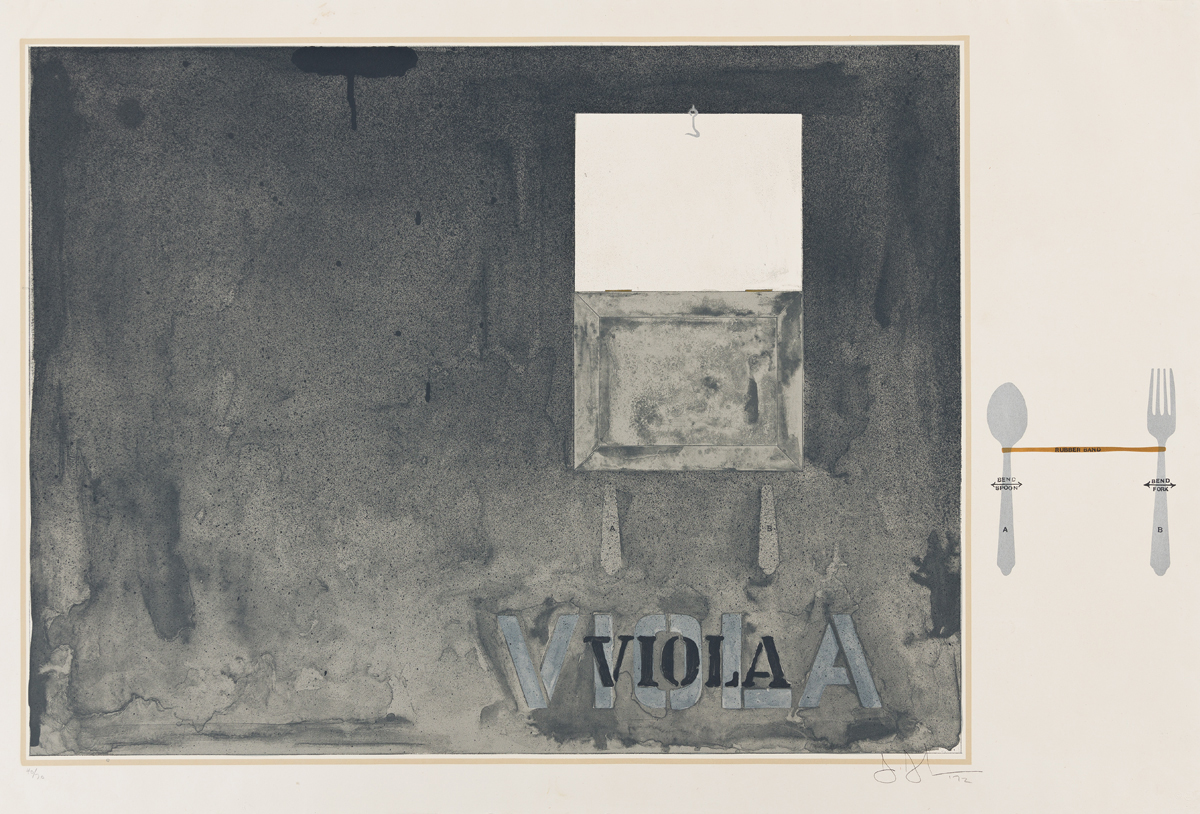