This is a study for Millet's (1814-1875) oil painting La Famille du Paysan, 1871-72, now at the National Museum Cardiff, Wales (see below). The painting, while unfinished, illustrates a peasant family consisting of a mother, father and child standing in their farmyard. Their static poses and stark faces evoke the determination and dignity of their place in society, a typical theme for Millet who portrayed physical labor as virtuous and imbued a sense of religion into his scenes of peasant life. The British artist Walter Sickert (1860-1942), seeing La Famille du Paysan compared the child to the Biblical Samson, supporting the legs of his parents as if they were the pillars of the household.

Millet was not unlike many of his subjects. Raised in Normandy and the son of farmers, he began to study painting at the age of 18, but also spent the majority of his life farming his land to support his family. In the 1840s Millet began exhibiting works at the Salons in Paris, and shocked the public with his unabashed portrayals of rural life. He had his first commercial success with Le Vanneur, which was exhibited at the Salon of 1848. Shortly thereafter in 1849 he moved to Barbizon in the Fontainebleau forest, where, along with Théodore Rousseau (1817-1878) and Charles-François Daubigny (1812-1867), he became a lead proponent of the Barbizon School, a group of artists who focused on depicting the landscape with naturalism as opposed to idealism. However, unlike many of his peers, Millet chose to focus on figural compositions depicting rural laborers.

Millet spent the majority of the rest of his life in Barbizon, beside fleeing the area at the outset of the Franco-Prussian war. The present charcoal study was likely started soon after his return to Barbizon in late 1871. Millet was known for his skill at working in charcoal and pastel. He took up the medium of pastel around 1860 at the urging of Alfred Sensier, a patron of the artist, to create exquisitely finished compositions. An exhibition currently at the J. Paul Getty Museum, Los Angeles celebrates the artist's work in pastel and describes how he was at the forefront of a resurgence in the use of pastel and charcoal, beyond just its traditional use in sketching. This transition is illustrated in the present study with his choice of using charcoal on a prepared canvas with a gray oil ground to work out the figures of the father and child.
Set Alert for Similar Items 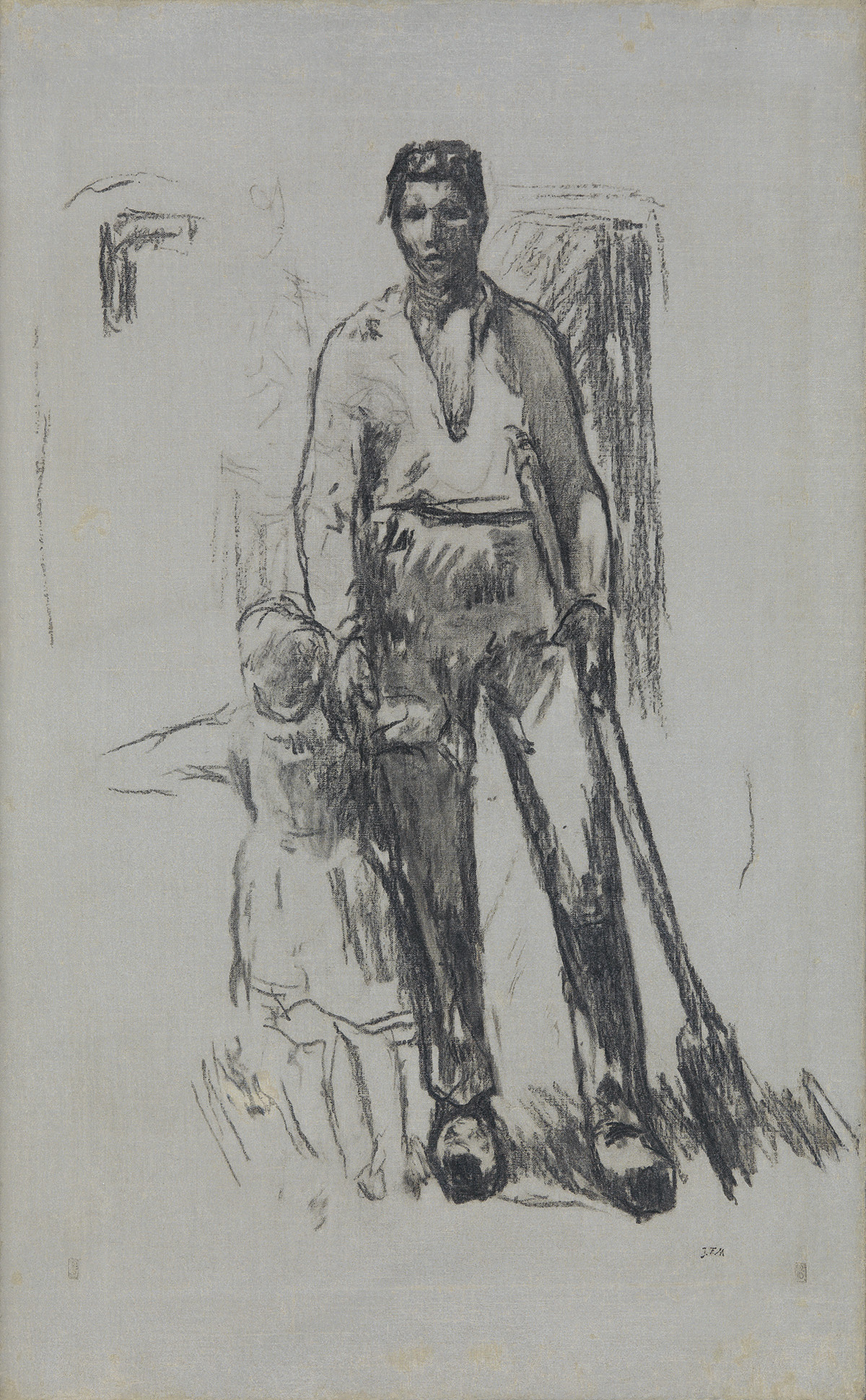