According to Fisher, the etching shows a public scribe, "Hardly concealing his boredom and impatience, in a writer's booth along a city street, probably in Lyons, listening to a young couple. The narrative scene is fragmented as the other figures, each isolated in the composition, pursue their own activities. The child of the dictating couple watches another child avoiding the eager attention of a hungry dog, while the child's mother, pausing from her own work, looks on with little concern. To the left of the booth, an old woman huddles in the darkness while an oversized dog, in a statuesque pose, surveys the scene dispassionately . . . While the anecdotal narrative in this print could be considered anachronistic in the age of neoclassicism, the composition, so balanced and static, bears more relation to this period" (Regency to Empire, French Printmaking 1715-1814, Minneapolis, 1984, page 294). Boissieu 86.
Set Alert for Similar Items 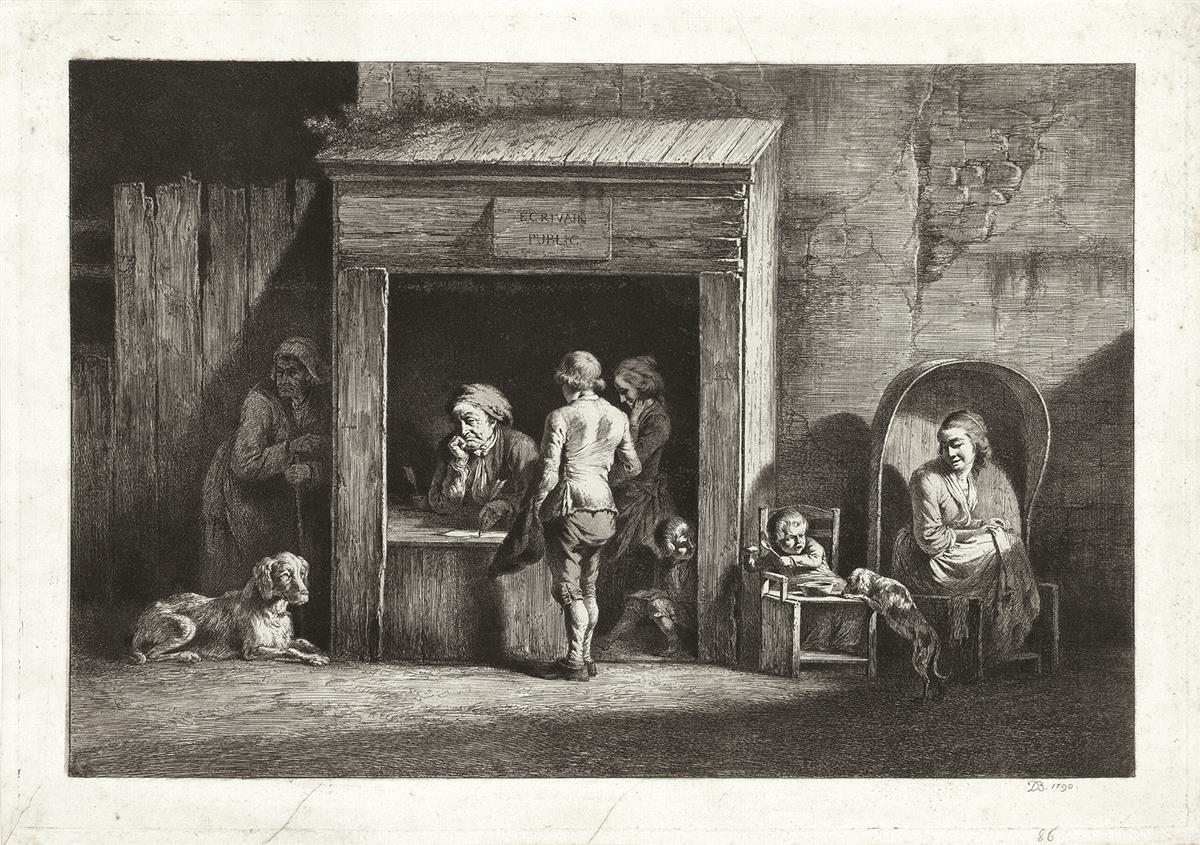