Complete set of 4 color screenprints on Saunders 410 Hot Press Watercolor paper, 1983-2001. Each 1016x1016 mm; 40x40 inches, full margins. Each one of 15 artist's proof impressions, aside from the edition of 85. Each inscribed "AP 3/15" in pencil, lower right. Each signed by Gérard Basquiat, the artist's father and Administrator of The Estate of Jean-Michel Basquiat, and DeSanctis Carr Fine Art, the publisher in pencil, verso. Printed by Brand X Editions, Ltd., New York, with the blind stamp. Published by DeSanctis Carr Fine Art, Los Angeles, with the blind stamp. Superb impressions with vibrant colors.

Basquiat (1960-1988) dove into his short but colorfully prolific career as a graffiti artist at the end of his troubled teen years, having dropped out of high school in the tenth grade and been banished from his Brooklyn family home, with spray-painted designs on buildings in lower Manhattan tagged with the pseudonym SAMO. He came to the more widespread attention of the art world after particpating in "The Times Square Show" in June 1980.

In late 1981, he joined the Annina Nosei gallery in SoHo, and was further represented by Larry Gagosian in Los Angeles and Bruno Bischofberger in Europe. Basquiat had a friendship with and was extraordinarily influenced by Andy Warhol during the 1980s. When Warhol died unexpectedly on February 22, 1987, Basquiat's heroin additiction became more acute and he settled into a severe depression, ultimately dying from a drug overdose at his Great Jones Street, New York, studio at the age of 27.
Set Alert for Similar Items 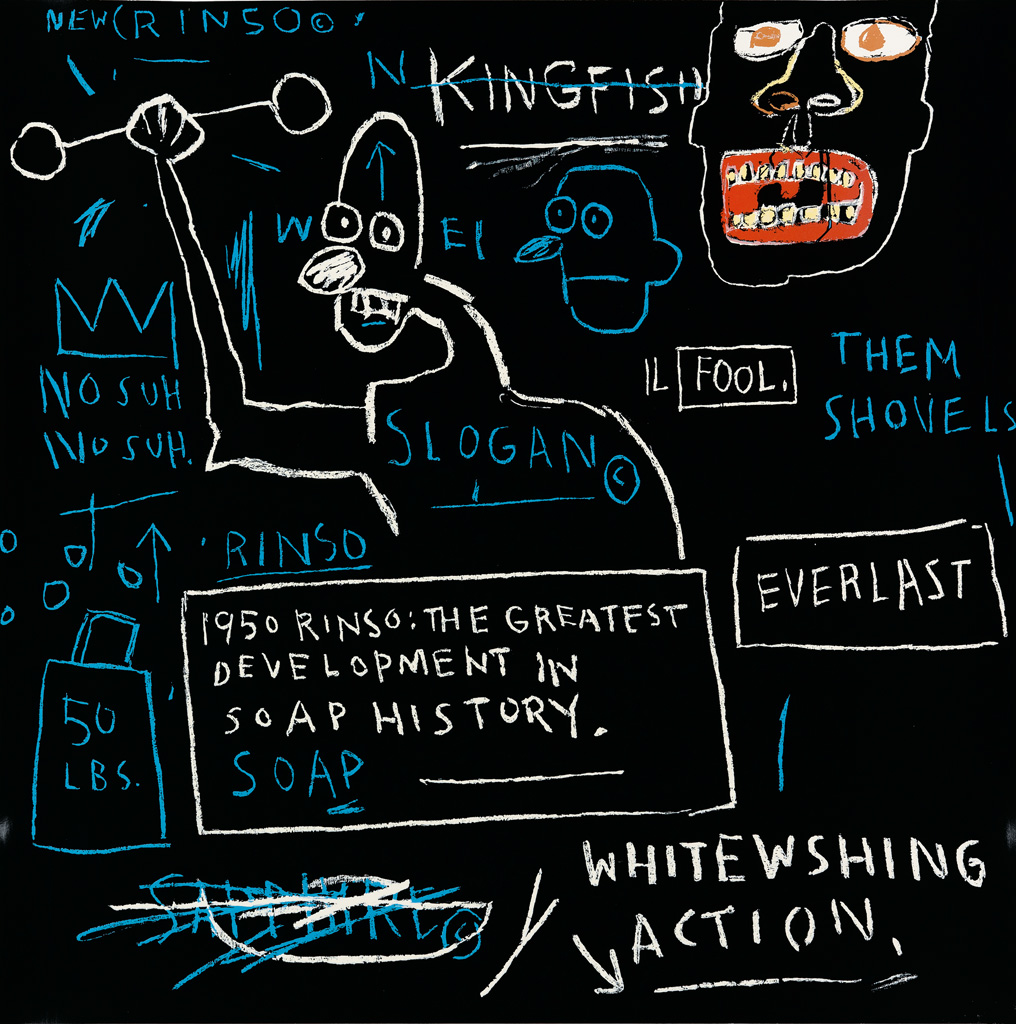