Archive of over 125 fashion drawings, sketches, and published material.
Several drawings were published in the biography Eula by Cathy Horyn (New York: Harper Design, 2014). Drawings are rendered in various media including ink, crayon, watercolor, and marker, mostly on paper. Several with Eula's signature, notations, and measurements. Various sizes. Circa 1980s and 90s. A copy of the book accompanies the lot.

Includes designs for Yves Saint Laurent, Geoffrey Beene, Dior, Balenciaga, Rudi Gernreich, Cerutti, Givency, and numerous other designers, many of which were published in the New York Herald Tribune.
The lot also includes some photographs and correspondence, such as a Telex by Saint Laurent, memos and Typed Letters Signed by members of the Givenchy offices including Hubert de Givenchy and Max-Michel Grand regarding Eula's work for the fashion house's Japanese retrospective in 1983 * A large framed drawing of a reclining woman. Mixed media sketch, including watercolor and crayon on paper. 565x1010 mm; 22 1/4x39 1/2 inches, on 26x40-inch sheet. Signed "Eula" and dated [19]62 in lower right image.

Eula's long and prolific career in fashion and performing arts began in the 1950s where, after serving in the Italian Campaign in World War II and completing studies at The Art Students League on the GI Bill, he was launched into the fashion world as the head illustrator for The New York Herald Tribune under Eugenia Sheppard. Soon to follow were positions at The London Sunday Times, American Vogue, The New York Times, and Italian Harper's Bazaar where he famously covered Yves Saint Laurent's first and last collections (1958 and 2002). However, it is as Halston's Creative Director throughout the 1970s that he is best remembered. That time was recently chronicled in the popular Netflix series "Halston" in which Eula is skillfully portrayed by actor David Pittu.
Set Alert for Similar Items 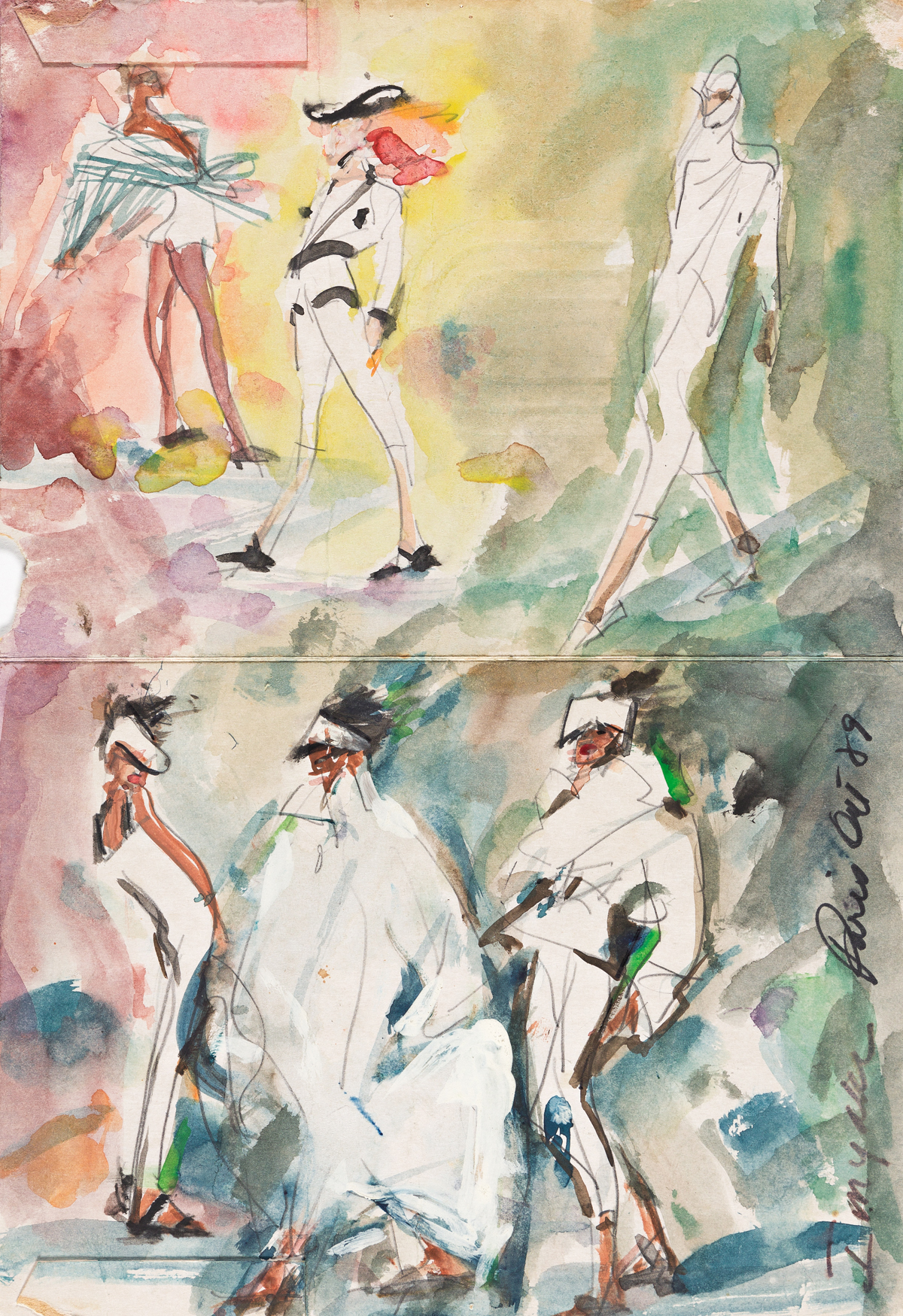 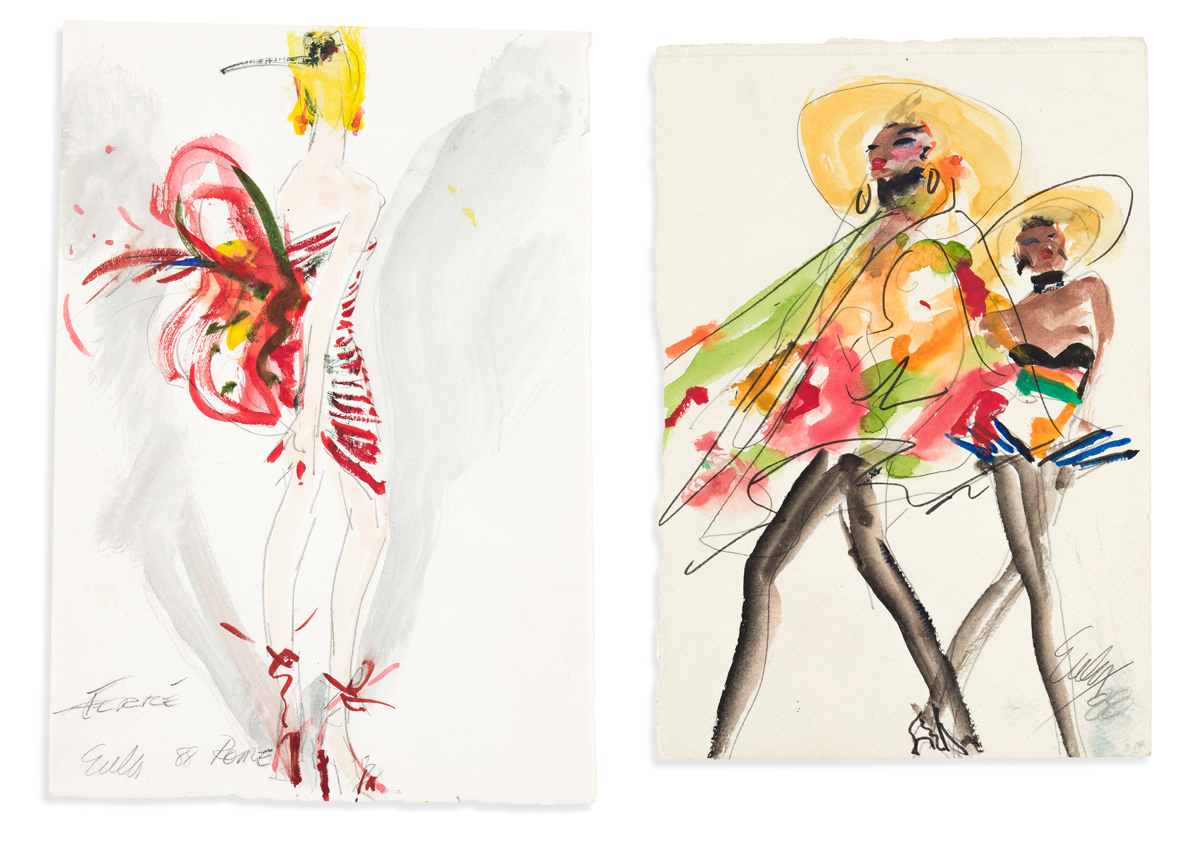