Provenance: acquired directly from the artist; the collection of Larry and Evelyn Neal, New York.

This expressionist canvas is the first painting by artist Joe Overstreet to come to auction, and is a very scarce example of his political painting from the Civil Rights era. There are few known examples from this New York period. His iconic painting The New Jemima, 1964, in the the Menil Collection, Houston was recently exhibited last year in Witness: Art and Civil Rights in the Sixties at the Brooklyn Museum, and is currently included in The World Goes Pop at the Tate Modern, London, through January 24th.

Born 1933 in Conehatta, Mississippi, United States of America. Lives and works in New York City, Joe Overstreet moved to California as a child. He studied at Contra Costa College and the California College of Arts and Crafts in Oakland in the 1950s, where he was mentored by the sculptor Sargent Johnson. In 1955, Overstreet moved to Los Angeles and started working for Walt Disney as an animator. But the repetition involved in hand-drawn animation soon proved frustrating, and in 1957 Overstreet moved to New York City where he designed department store windows while also studying art. He soon immersed himself in the Harlem artistic scene, working as an art director for Harlem's Black Arts Repertory Theater/School, and becoming an advocate for African-American artists' rights. With the struggles of the Civil Rights movement, his work shifted from Abstract-Expressionism towards protest painting. Paintings from this period such as Strange Fruit, circa 1965, based on Billy Holliday's anti-lynching song, and The New Jemima, 1964 directly addressed black oppression and challenged stereotypical images of blackness. In 1974, Joe Overstreet and his wife Corinne Jennings founded Kenkeleba House on the Lower East Side, the alternative gallery space dedicated to exhibiting work by African-American, Latino, Asian-American and Native American artists, which they still run and where his studio is based today. Biography courtesy of Tate Modern.
Set Alert for Similar Items 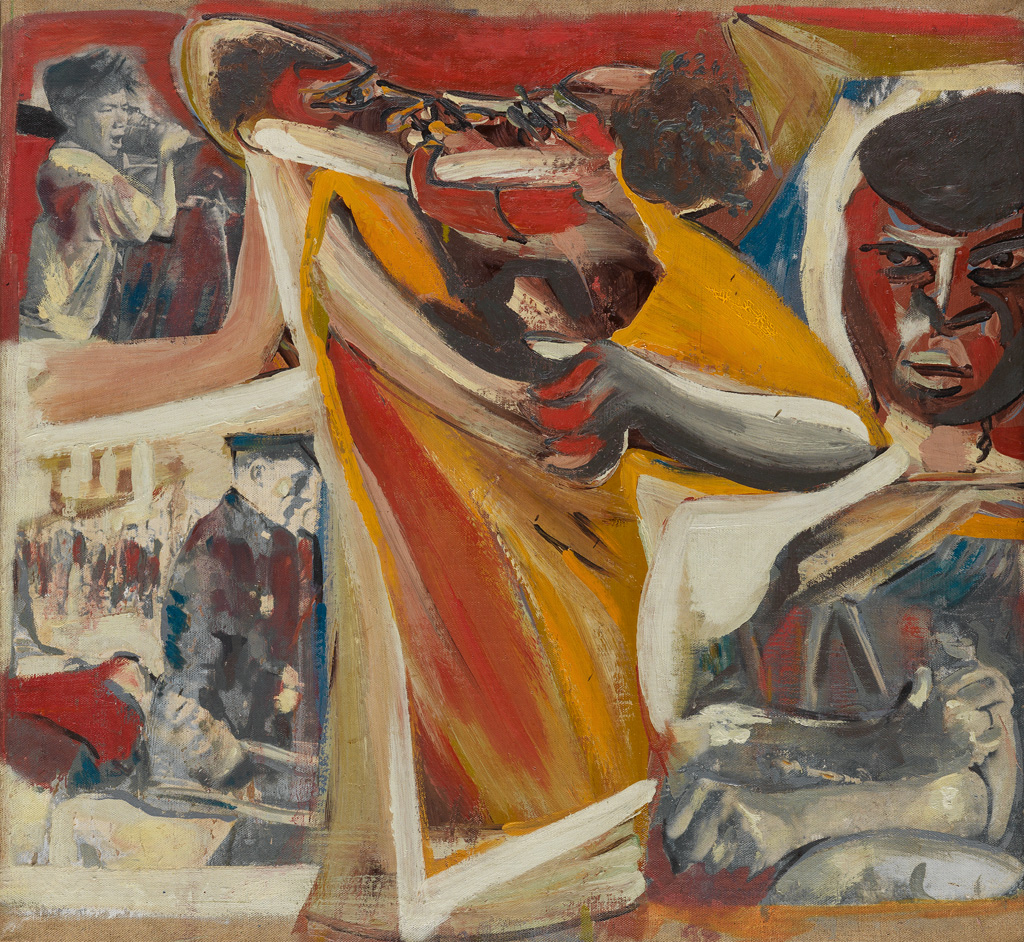