Born in Benton Harbor, Michigan, John Bankston received his BFA from the University of Chicago and his MFA in painting from the School of the Art Institute in Chicago. Bankston is known for his signature coloring book style format where he employs playful characters who develop commonality, shared interests and explored behavior as a metaphor for male relationships. Themes of masculinity are challenged with the use of traditional macho accessories juxtaposed with flamboyant headpieces and clothing. Bankston takes the notions of "drag" and "impersonation" to a new level in order to get to the root of important human traits such as trust, admiration, and love.

John Bankston's work has been exhibited at The Studio Museum in Harlem, The Andy Warhol Museum, Pittsburgh, The Institute of Contemporary Art, Boston, The Contemporary Art Museum Houston, and Wexner Center for the Arts. Bankston is the recipient of the Fleishhacker Award (2004), the Joan Mitchell Foundation Award (2002), the SECA Art Award (2002), and the Louis Comfort Tiffany Foundation Fellowship (2001).
Set Alert for Similar Items 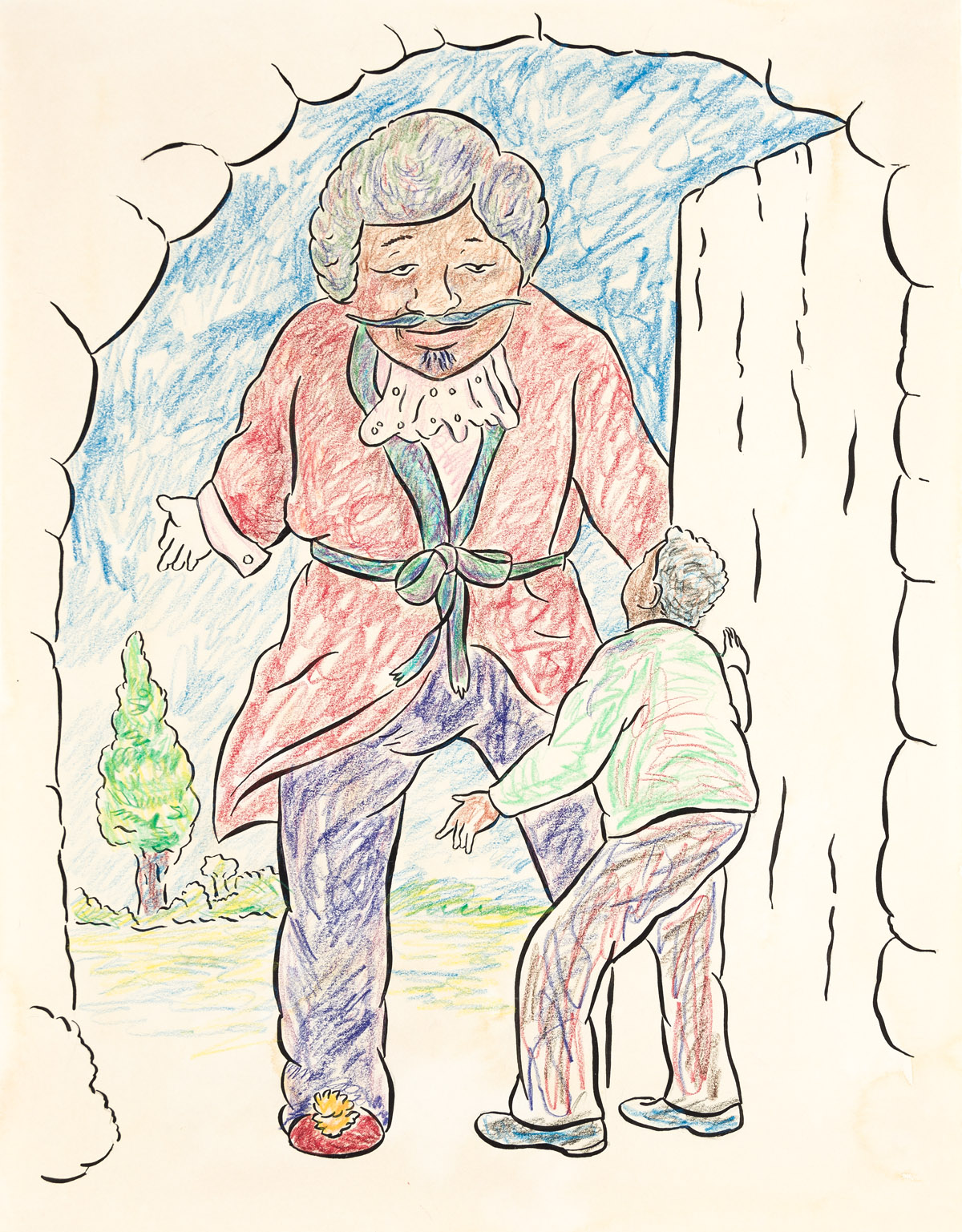