This large and powerful, expressionist drawing by John Biggers is a bold portrait of the imprisoned Ashanti king Prempeh II (Prempeh). In 1957, Biggers and his wife traveled to Africa on a UNESCO grant to study Western African cultural traditions, becoming one of the first African-American artists to travel to Africa. This opportunity, which he described as 'the most significant in my life's experiences,' led to the publication of Ananse in 1962, which included 82 drawings and text based on his journeys in Ghana, Nigeria and other parts of Africa.
Set Alert for Similar Items 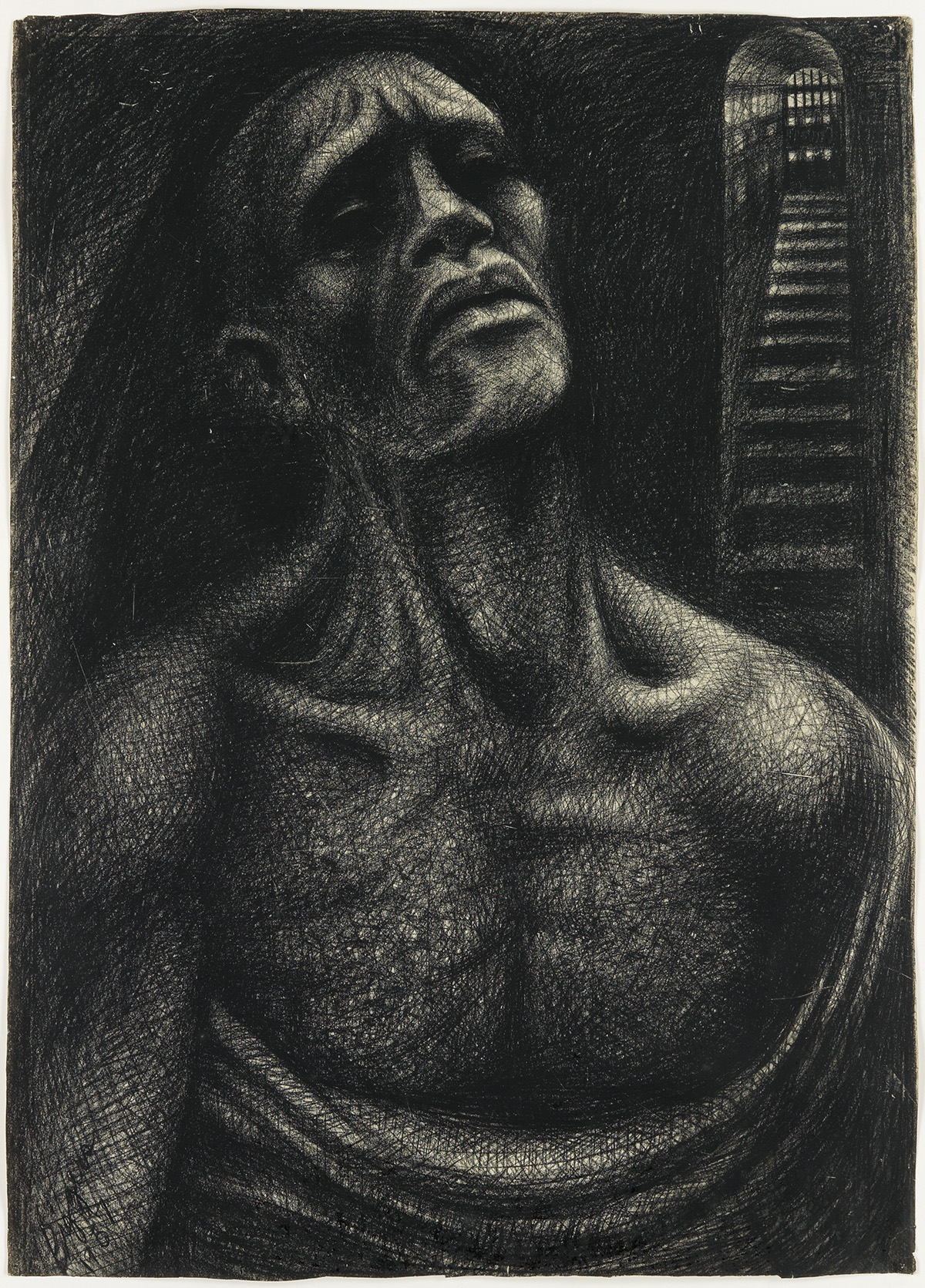