Provenance: acquired directly from the artist, Scott Kirkpatrick, Washington, DC; thence by descent to the current owner, private collection, Delaware. Scott Kirkpatrick was the manager of the National Theatre in the 1960s and 70s, and knew Alma Thomas and other Washington DC artists.

Born in Huntsville, MD, John Farrar received acclaim as a teenager in the Washington, DC scene. At the age of fourteen, he won the Times-Herald Art Fair scholarship, and had a year of study with Eliasz Lanarek, a Polish artist. He also later studied at the Art Students League in New York. Farrar was championed by by James V. Aden and Alonzo Aden of the Barnett-Aden Gallery who frequently exhibited his work. Farrar painted social realist scenes of Washington DC neighborhoods and expressive portraits through the 1940s. Afflicted with alcoholism and schizophrenia, Farrar sadly spent much of his adult life in mental institutions and jail, and never had the opportunity to reach his potential as an artist. At the age of 44, he died in obscurity in St. Elizabeth Hospital, a ward of the state. John Farrar's paintings are very scarce today - his work is best known by illustrations of several excellent examples that were once part of the Barnett Aden collection, including Grocery Boy, Guitar Player, The Couple and his striking Self-Portrait. We believe this and the following lot are the first paintings of Farrar's to come to auction.
Set Alert for Similar Items 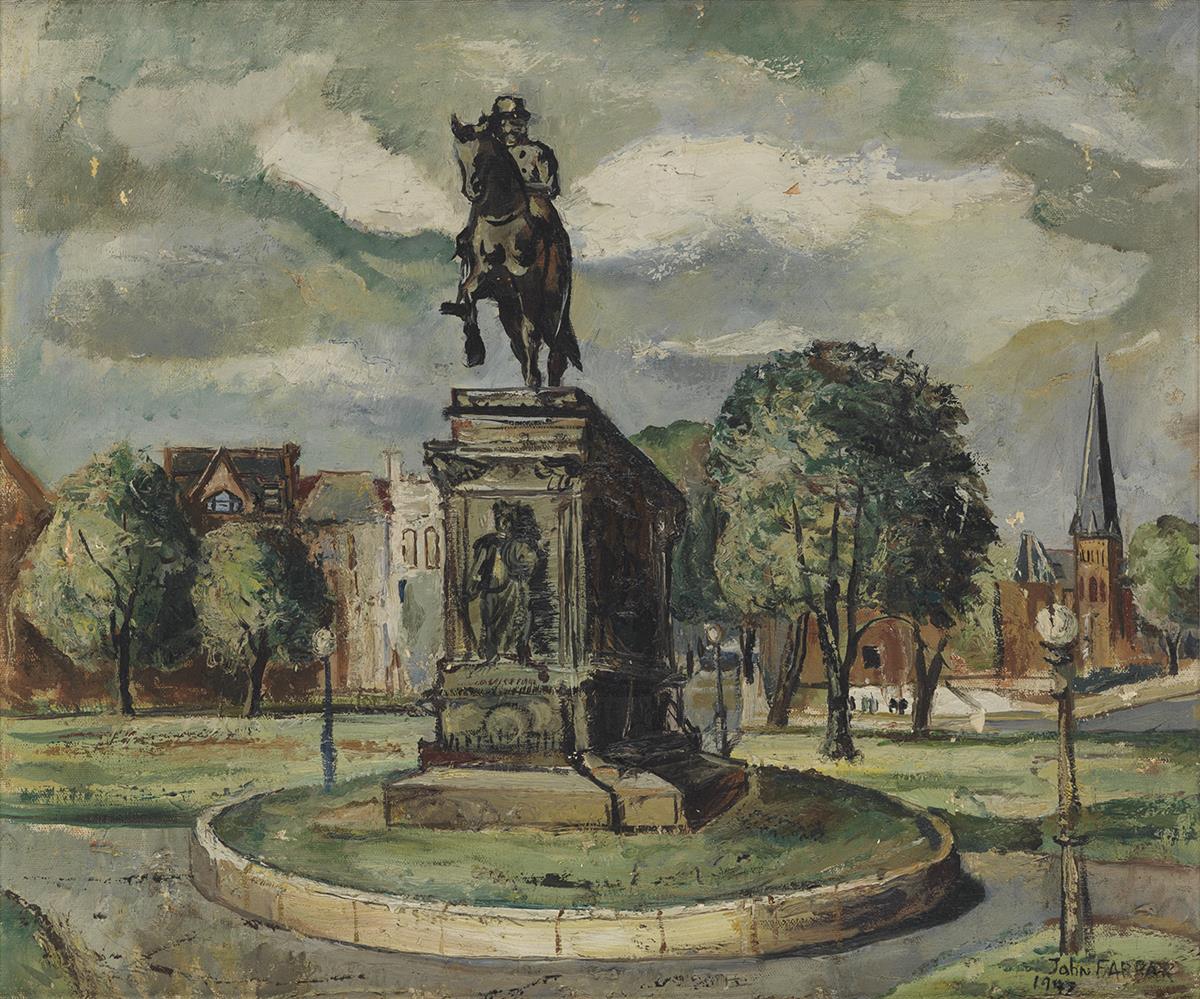