Many of the works in the Moore's Art Gallery, New York, auction in 1885 were replicas of pictures that La Farge had sold the previous year in his forced sale at the auctioneers Ortgies & Co., New York. The artist considered making copies both a substitute for keeping works that he did not really want to sell and as a potential future source of income. The current work is based on a watercolor sold in 1884 at Ortgies & Co. (W. 1880.14) that dates from 1880 according to the auction catalogue. Both are based on drawings executed around 1865 as La Farge worked on illustrations for Henry Wadsworth Longfellow's The Skeleton in Armor, a ballad set in Newport, Rhode Island. The backdrop represents Brenton's Cove, Newport, prominently featured in the poem. La Farge's other drawings of the subject are now in the Bowdoin College Museum of Art, Brunswick, Maine, and the Addison Gallery of American Art, Phillips Academy, Andover, Massachusetts.
Set Alert for Similar Items 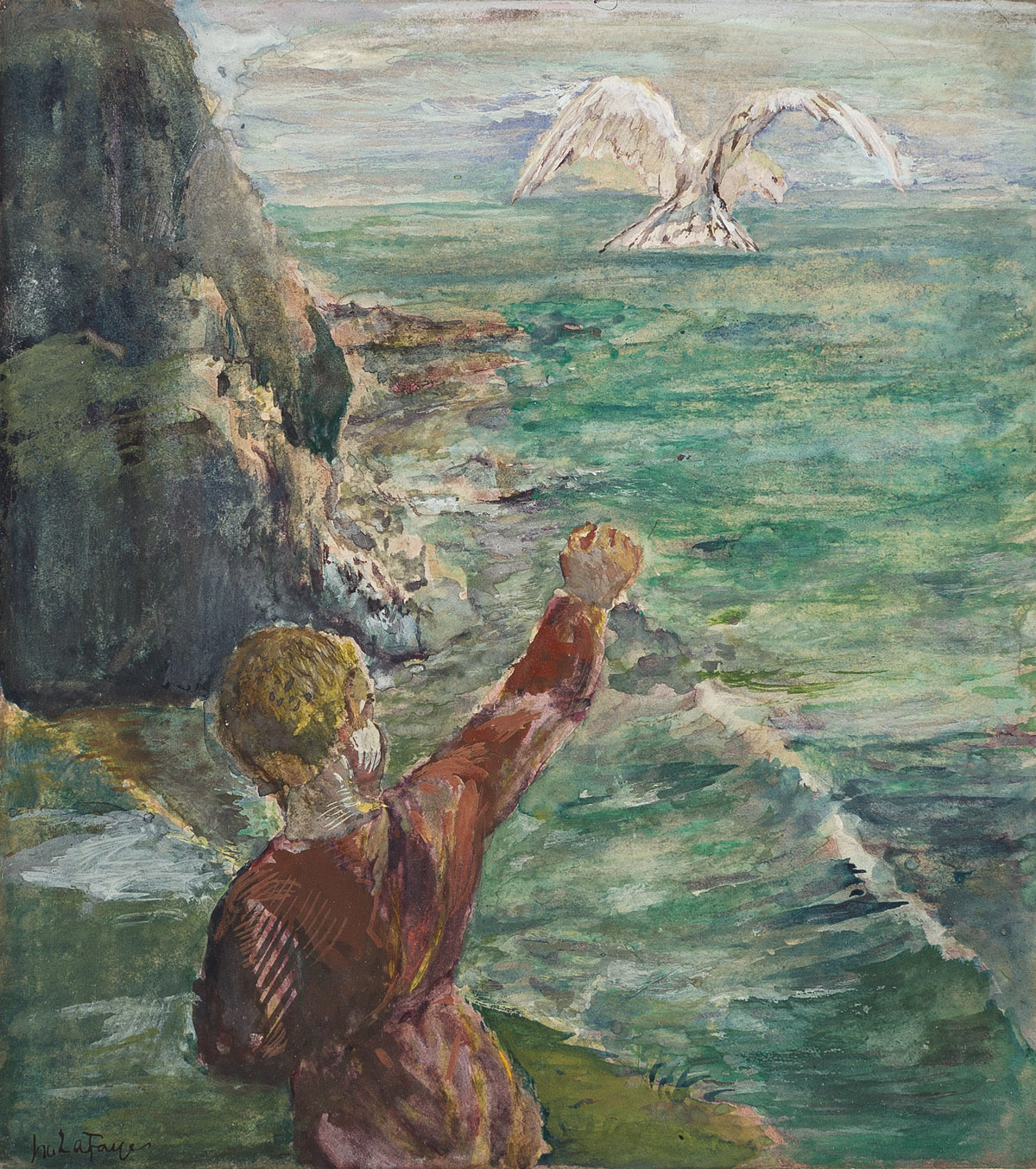