According to Dr. James L. Yarnall, "This is one of several sepia copies of South Sea watercolors that La Farge prepared for use by Cecilia Waern around 1895 in her biography of the artist. Unlike the other sepia copies, it ultimately was not used by Waern, who instead reproduced the original watercolor (now in a private collection)." 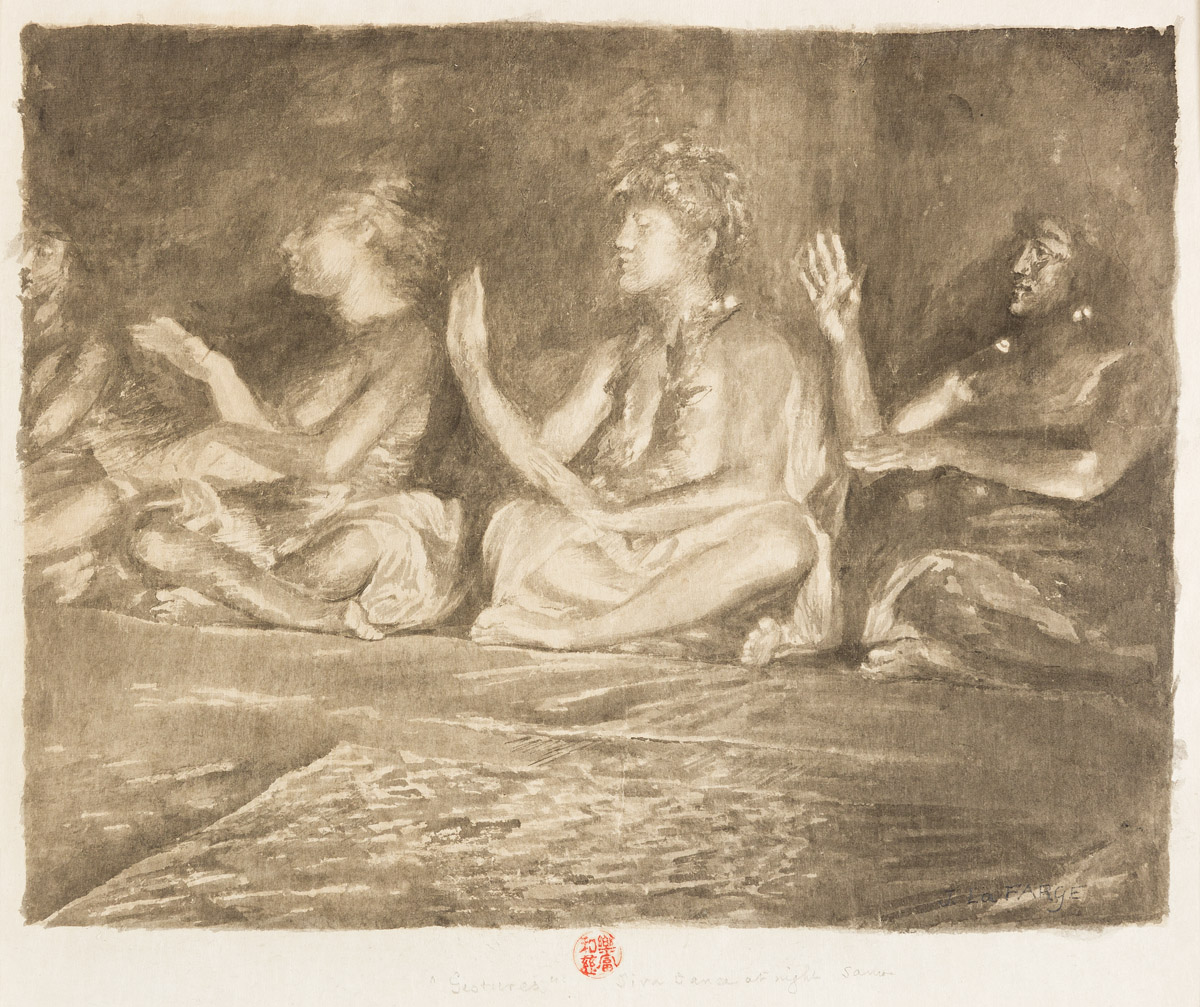