One of a number of works that La Farge made to illustrate Ralph Waldo Emerson's poem, The Sphinx (this image was never published).

According to Dr. James L. Yarnall, "This is one of La Farge's most experimental watercolors of the 1860s. Mixing chalk, watercolor and gouache, he developed the kind of heavy-laden, expressive and painterly surface effects that came to characterize his watercolors after 1880."
Set Alert for Similar Items 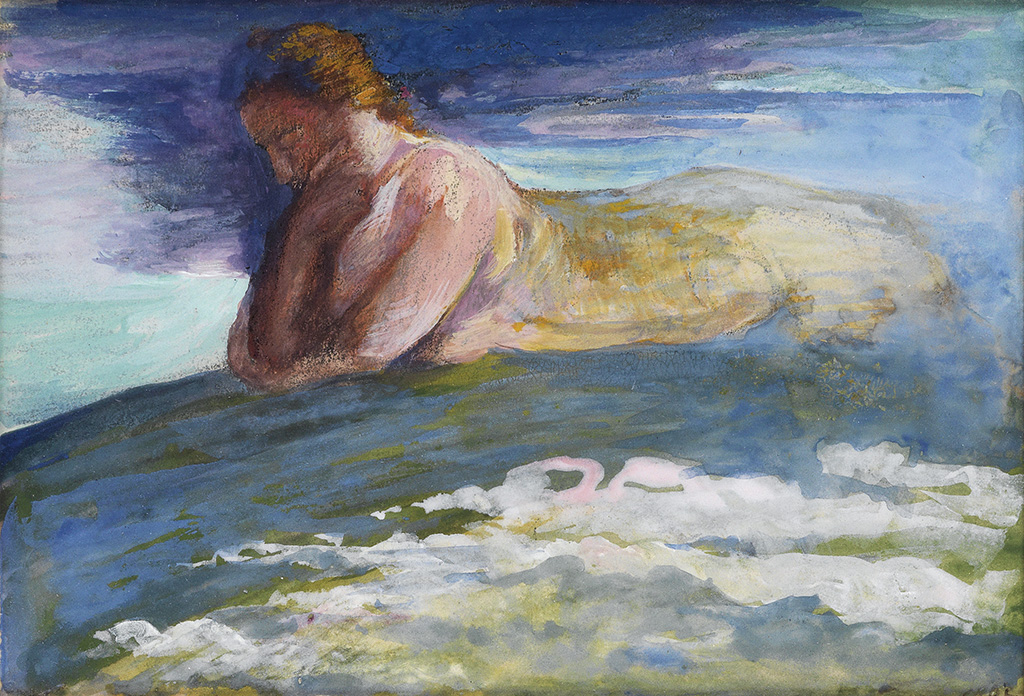