Frederick Douglass famously visited President Abraham Lincoln in August of 1863, without an appointment. On the way to the White House, Douglass met Samuel C. Pomeroy, a senator from Kansas, who introduced him to the President. The artist's typed description reads; "A Black Man at the White House. In 1863, during the Civil War, Frederick Douglass visited President Lincoln at the White House to ask that Negores be enlisted in the Union Army. This resulted in the forming of the two Negro regiments, the 54th and the 55th from Boston, Massachusetts. The First Negro Soliders in the Union Army."

This historical scene is an early, significant painting by John N. Robinson, a great artist whose work rarely comes to auction. This native Washington, DC painter should be considered a significant modern portrait artist alongside Archibald M. Motley. Robinson excelled at warm depictions of African American friends and family, in addition a series of striking self-portraits. Despite a long career and museum exhibitions, Robinson's work went largely unheralded outside of Washington, DC during his lifetime. Robinson received recognition for his painting late in his career with a solo exhibition at the Corcoran Gallery of Art in 1976, and a retrospective at the Anacostia Museum and Center for African American History and Culture in 1983. His paintings are found today in the permanent collections of the National Portrait Gallery, the Birmingham Museum of Art, the Anacostia Community Museum, the Smithsonian American Art Museum and the Howard University Gallery of Art.
Set Alert for Similar Items 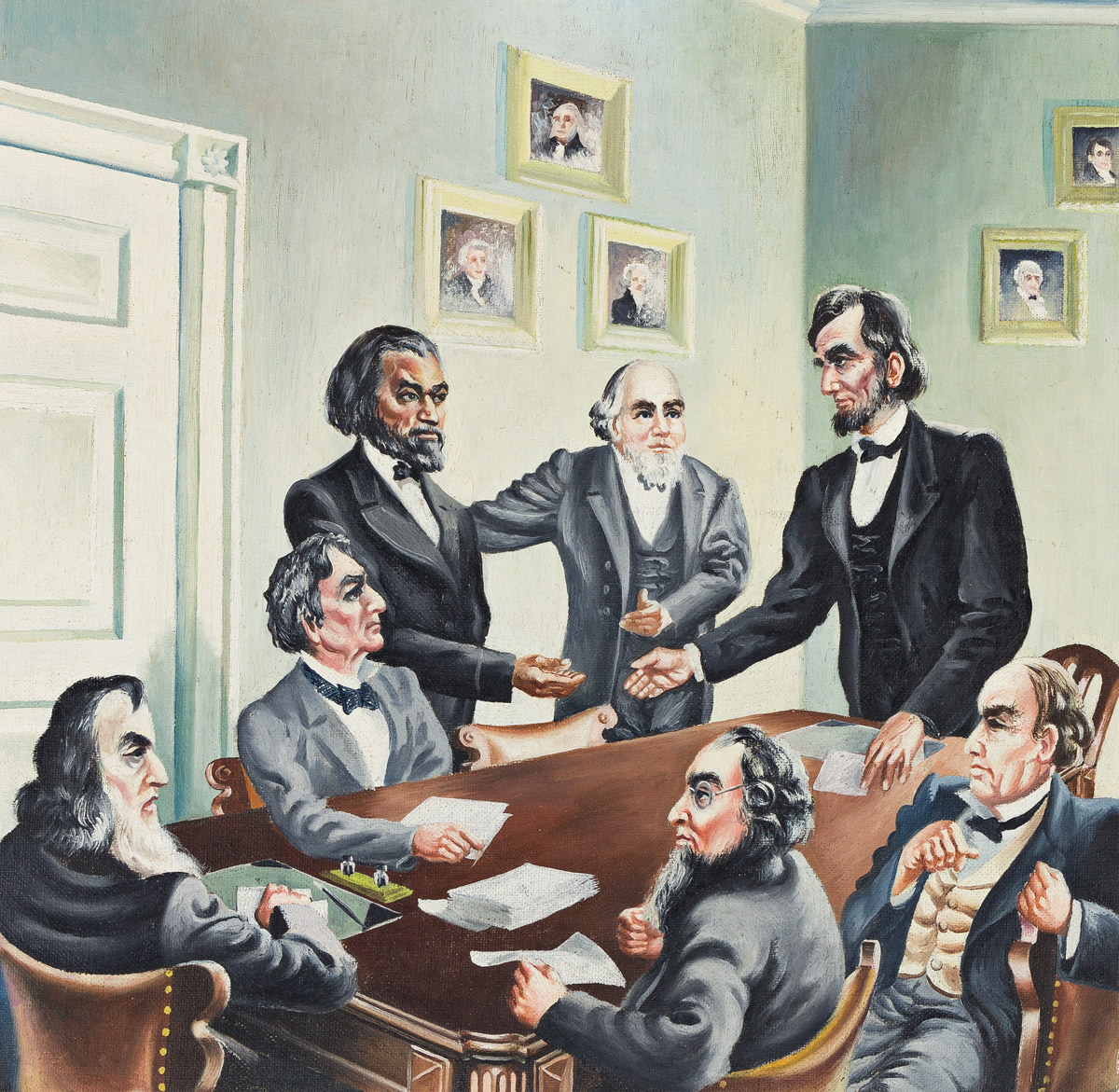