The Vassos' powerful work on social issues, with text by Ruth accompanying John's bold, graphic, monochrome images. The jacket copy aptly describes it as "The brilliant young American artist, John Vassos, employs his startling, symbolic technique to say the final word on the avoidable ills of today's crisis. In a series of panels called 'Nationalism, Justice, Disarmament, Ethics, The Leaders,' etc., he has projected and focussed [sic] a message of tremendous impact. This book summarizes and makes clear the attitude and protest of the new America, as expressed by one of the country's best-known artists."

Vassos was a genius in both art and engineering, with an adventurous life. Born in Romania as the son of a Greek publisher and diplomat, he served with a suicide minesweeper squadron in World War I, was torpedoed, rescued, and landed in Boston in 1919. There, he studied art and illustration with John Singer Sargent at the Fenway Art School. In 1924, he came to New York, opened his own commercial studio, studied at the Art Students League, worked as an illustrator for Harper's and The New Yorker, and practiced industrial design. He wrote, illustrated, and published several fiction books at that time: Contempo; Ultima; and Phobia in 1931, in 1929, 1930, and 1931, respectively. Vassos also established the first internal design department for the Radio Corporation of America (RCA) in 1933 and designed the first consumer television sets for them, introduced at the 1939 New York World's Fair. 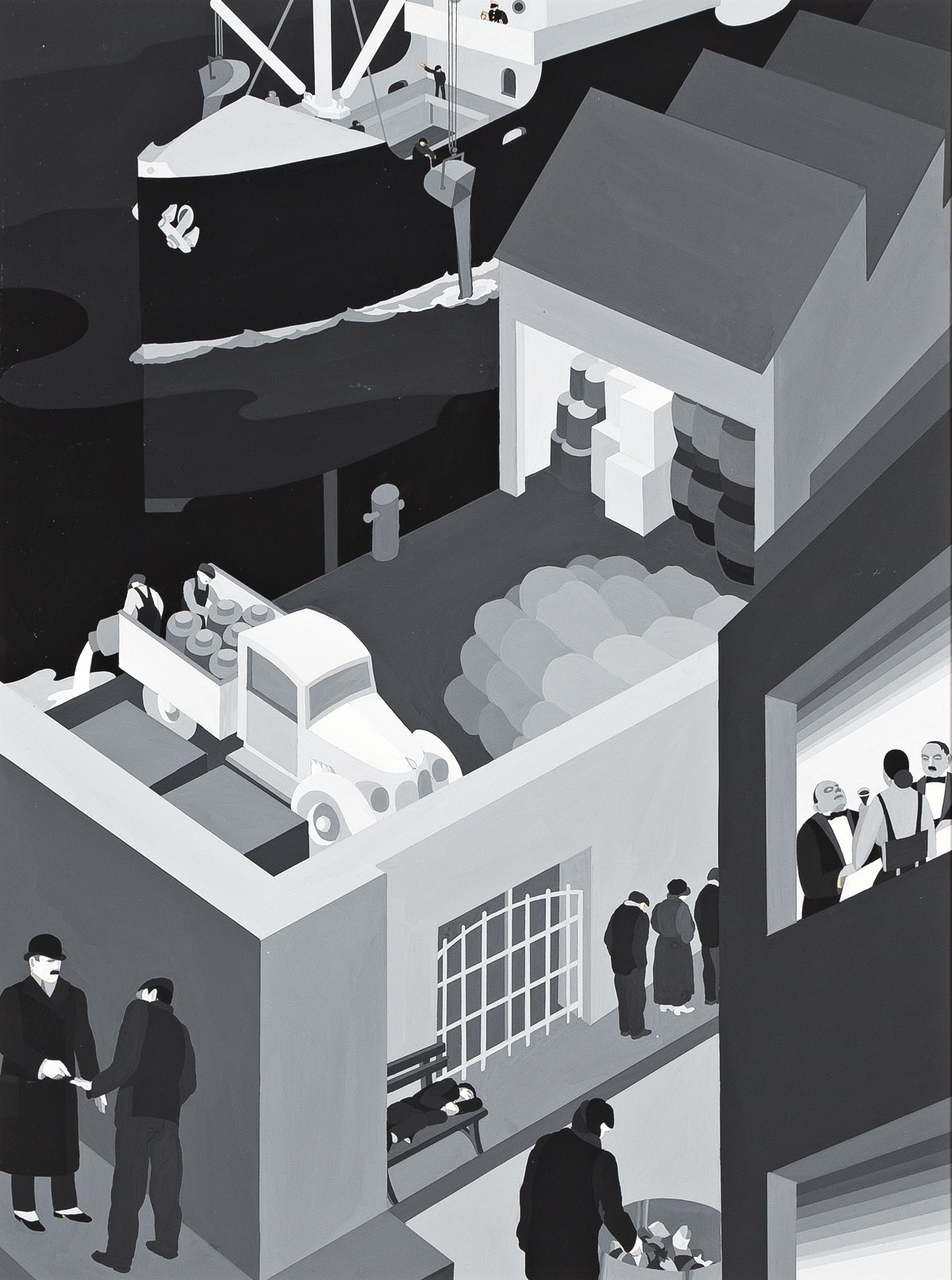