Jonathan Green paints the life of the Gullah people in the rural inland marshes and surrounding Sea Islands of South Carolina, and is one of the best known contemporary artists painting the Southern experience. Work, family celebrations, prayer, storytelling, and a variety of recreational activities are all documented in Green's paintings.

Green was born in 1955 in Gardens Corner, SC, and learned the Gullah dialect from his maternal grandmother. Since graduating from the Art Institute of Chicago in 1982, Green has exhibited his work nationwide. His work is in the permanent collections of numerous museums, including the Morris Museum, Augusta, GA, the Afro-American Museum of Philadelphia, the Naples Museum of Art, Naples, FL and the IFCC Cultural Center, Portland, OR. Green has received awards recognizing both his work and his civic contributions. In 1996, Green received an honorary doctorate from the University of South Carolina, the same year the book, Gullah Images: The Art of Jonathan Green, reproducing a large number of his pieces was published. In 2009, Green received the Key of Life Award for his contributions and achievements in the visual fine arts from the NAACP at the organization's 40th Image Awards. Source: The HistoryMakers.com
Set Alert for Similar Items 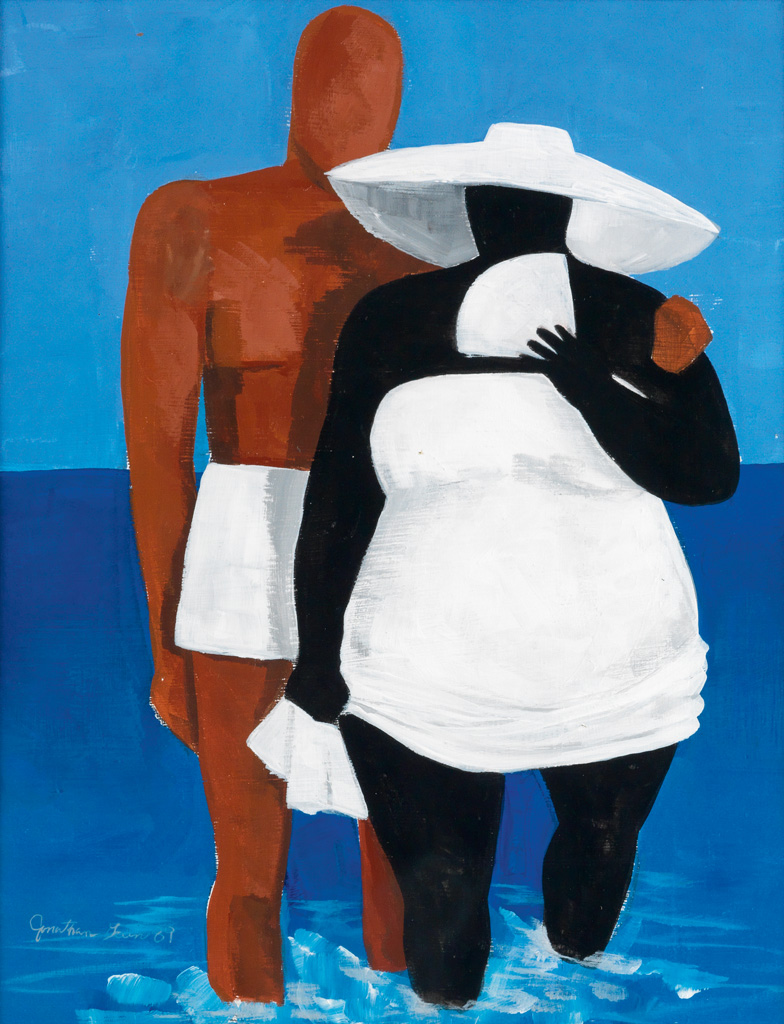