Stella was born to a middle-class family in Muro Lucano, Italy. He moved to New York in 1896 to study medicine, but he quickly eschewed his medical ambitions when he discovered his passion for art, enrolling at the Art Students League and studying at the New York School of Art under William Merritt Chase (1849-1916).

The current lot is exemplary of Stella's remarkable skills as a daughtsman, demonstrating his propensity towards academic realism, and his particular interest in depicting immigrant life. Typical of many of his figure drawings, Stella rendered the portraits in fine detail with subtle shading and stump work, handling the figures themselves and their surroundings more loosely, with a minimal use of lines and shadows to suggest form and volume.

Stella (1877-1946) worked as an illustrator from 1905 to 1908, and it is likely that the current lot was part of a series representing the immigrant communities of industrial Pittsburgh that he was commissioned to create in 1908 and was later published in The Pittsburgh Survey. The series of articles included examinations of transportation, charities, housing, public health and prejudice against immigrants, and also included photographs by Lewis W. Hine (1874-1940). Today, it is known as one of the landmark publications of the Progressive Era reform movement.
Set Alert for Similar Items 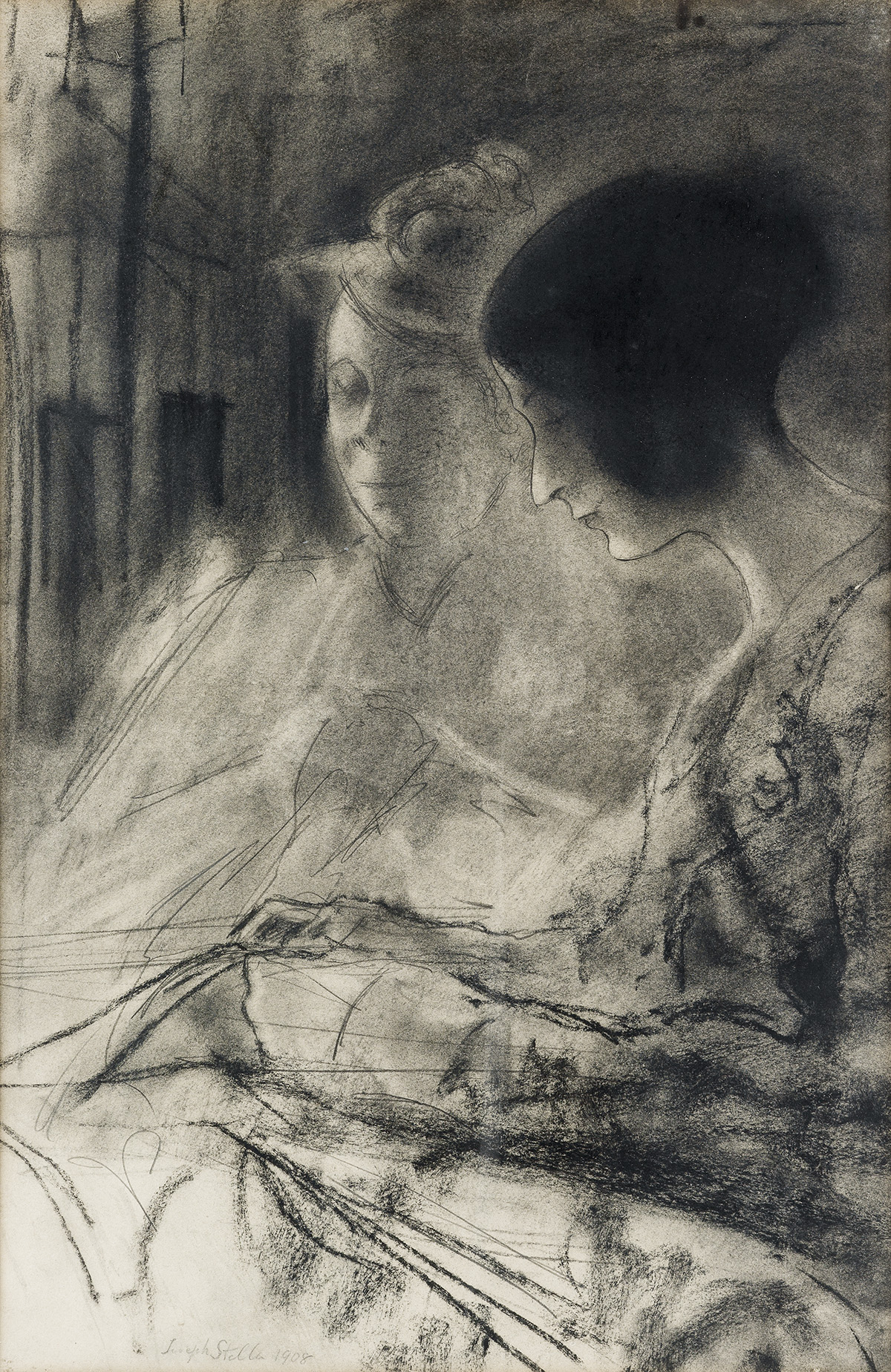