Chéret is unanimously considered to be the father of the poster. His first recorded attempt at poster art was in 1858 for Offenbach's Orfée aux Enfers. By present day standards, the result was a dark, messy poster with clumsy color usage, but in its day it was a revolution. Over the next thirty years Chéret perfected the technique of mixing colors, and simplifying his layouts. He also may be the first artist to ever use sexuality to sell products; in most of his posters he would depict beautiful, care-free, irresistible and jubilant women. They became so popular with the French public, that they were referred to as Chérettes. In 1889, with this poster for the opening of the Moulin Rouge, Chéret (at the age of 53) reached his stylistic maturity. With three decades of experience in the field, he had resolved and refined all color and composition issues and emerged as a truly outstanding talent who created masterpiece upon masterpiece. For the next decade, he produced some of the most vivid and colorful posters ever seen, and was an inspiration to a whole generation of artists, advertisers and consumers. This poster contains all of the life and spirit that were a hallmark of his work. In the foreground, a Chérette sits on a donkey; behind her is the landmark red windmill, after which the concert hall was named, as well as charming girls in gray and black, also on donkeys; the figures are positioned throughout the image as if whirling in the windmill's blades. Maindron 253, Cheret 395, Broido 309, DFP-II, 181, Reims 75, Wine Spectator, p. 6, Maitres, pl. 53 Weill, p. 27, Art Nouveau p. 77, Maitres 1900 p. 10.
Set Alert for Similar Items 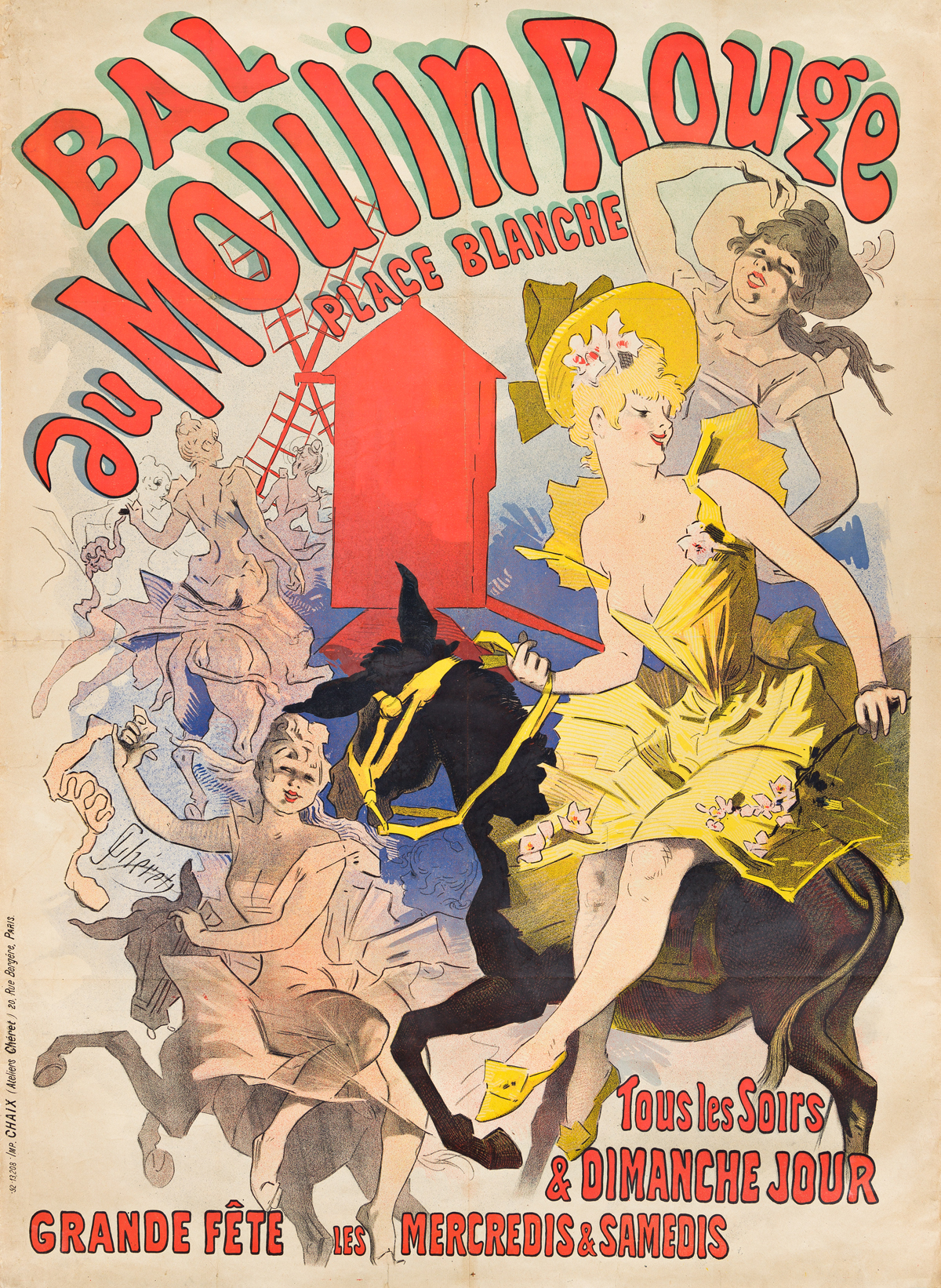