The Eiffel Tower was constructed as part of the 1889 Paris World's Fair. During the fair there was a restaurant, Flamand, on the first level. The tower was supposed to be torn down once the fair ended; fortuitously that decision was never executed, and only the restaurant was closed. In its place Charles Bodinière and the writer Alphonse Frank opened up a 400-seat theater. The theater ran from May to October every year, and eventually closed in 1900. On May 16th, 1893, the Théatre de la Tour Eiffel made an attempt to bring some of Montmartre's spirit to the bourgeois Right Bank, with the opening of Paris / Chicago. The show, written by Frank and Gaston Arman de Caillavet was a tremendous success. Using a bold diagonal to create a descending movement, Chéret depicts his main characters in detail, and other characters in the background less so. The entire image is given a joyful, weightless feeling, as all of the characters (and even some of the typography) appear to be floating through the air. When it was printed, this poster was extremely popular with collectors, and it was offered to the market in three variations: with only the black outline, before the lettering, or like this, in its final iteration. Cheret 343, Broido 273, Maindron 239, DFP-III 2379 (var), Reims 467.
Set Alert for Similar Items 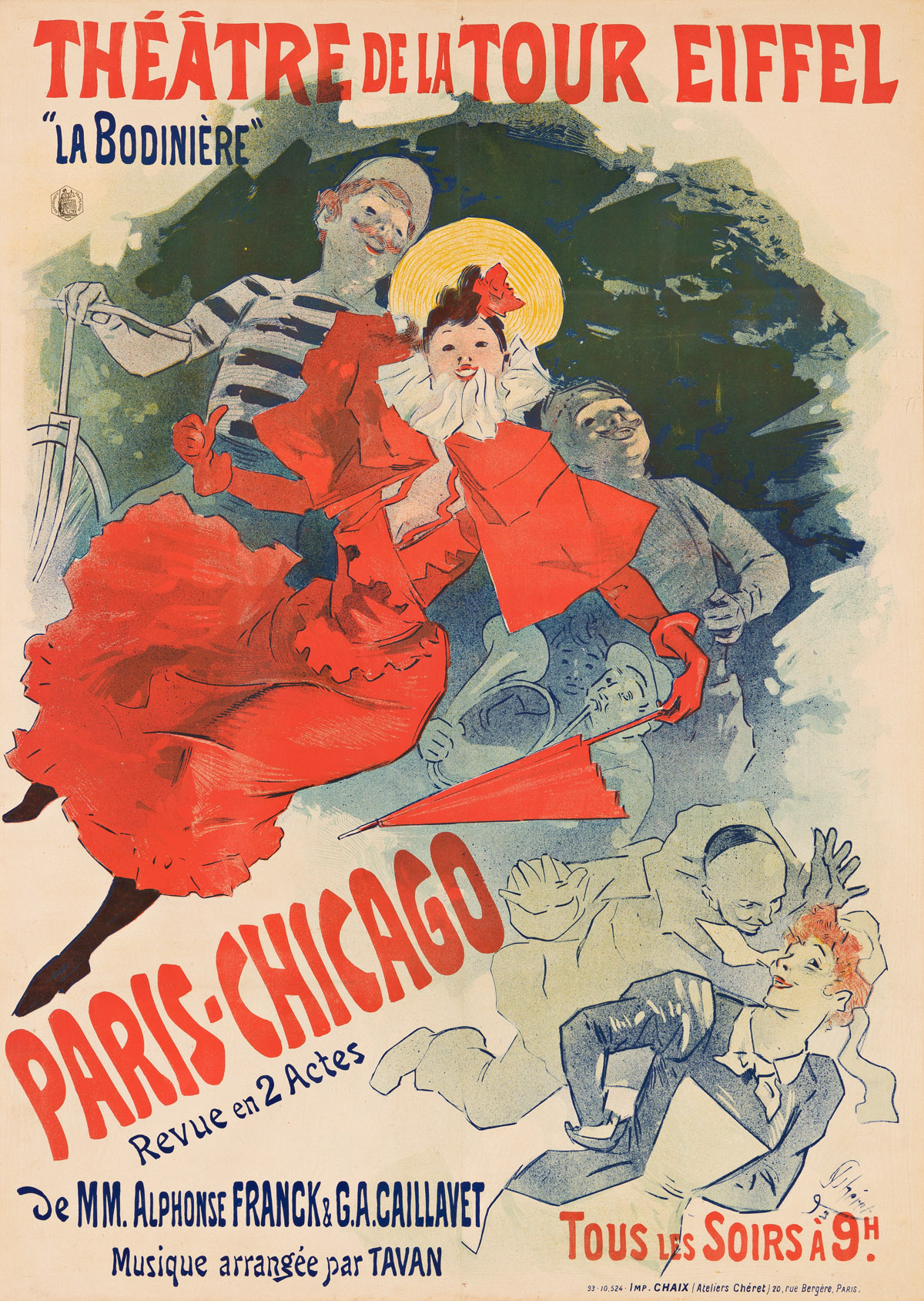