1) Seven black-and-white photographs taken by the Johnsons while traveling to Africa and the South Seas in the early 20th century, of which five depict Osa, and two landscape;

2) 1938 calendar with a photograph of a giraffe, signed and inscribed on verso by Osa;

3) Two letters from the Johnsons, one handwritten, one typed;

10) Short typed narrative from the Sale family that was given these items by the Johnsons, describing them and their visits, and a photograph of Charles "Chic" Sale (1885-1936) on his California farm.

This interesting archive of letters, five signed first editions, and original photographs has come down through the family of the vaudeville performer, film actor, comedian, and author Chic Sale and his wife Marie Bishop Sale (1890-1985). The couple befriended the Johnsons, and kept in touch with them for years. Many of the books are inscribed to Marie, or to the entire family. The short happy narrative of the Johnsons was written by Cherry Sale Brown.
Set Alert for Similar Items 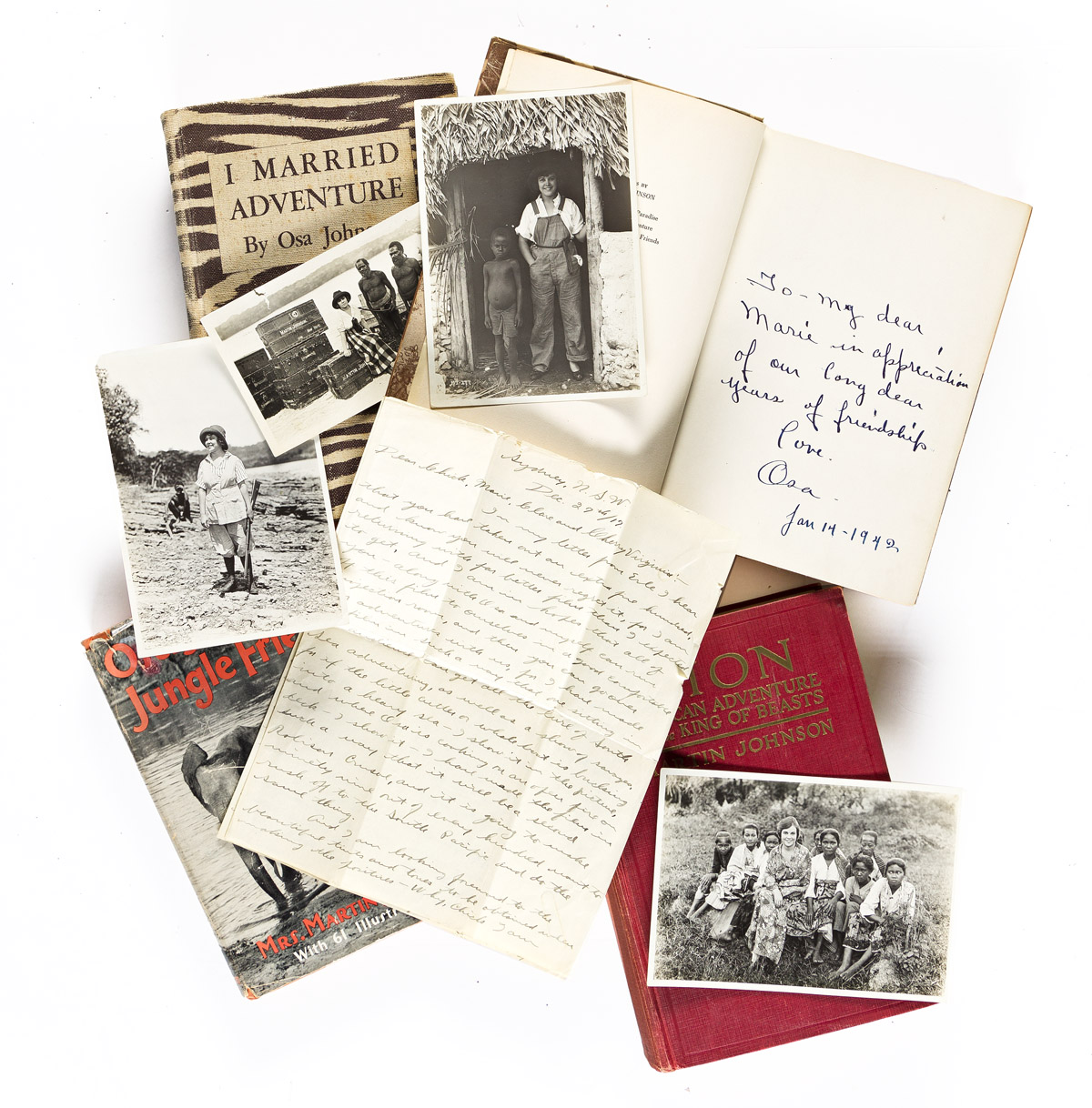