Exhibited: Explorations in the City of Life: African-American Artists in Paris, 1945-65, the Studio Museum in Harlem, New York, with the label on the frame back, January 18 - June 2, 1996 (the exhibition traveled to the Chicago Cultural Art Center, the New Orleans Museum of Art, the Modern Art Musuem of Fort Worth, and the Milwaukee Art Museum).

Illustrated: Valerie Mercer, Explorations in the City of Life: African-American Artists in Paris, 1945-65, pl. 52, p. 86. Eight of his canvases are illustrated in the color catalogue

This striking modernist abstraction is a very scarce example of an oil painting by this intriguing expatriate artist and the first to come to auction. Larry Potter was among the second wave of young black artists to move to Paris after World War II, joining Ed Clark, Beauford Delaney, Herbert Gentry, Barbara Chase-Riboud, and others. Potter was born in New York and grew up in Harlem. Potter may have been inspired to travel to Paris by his good friend Bob Blackburn for whom he managed the Printmaking Workshop while Blackburn was in Paris in 1953. Potter lived there continuously after 1958. He showed his abstract paintings in Paris in 1964, and with other African-American artists in Copenhagen in 1964. He died suddenly of an asthma attack at the age of 40 in 1966. Mercer p. 84.
Set Alert for Similar Items 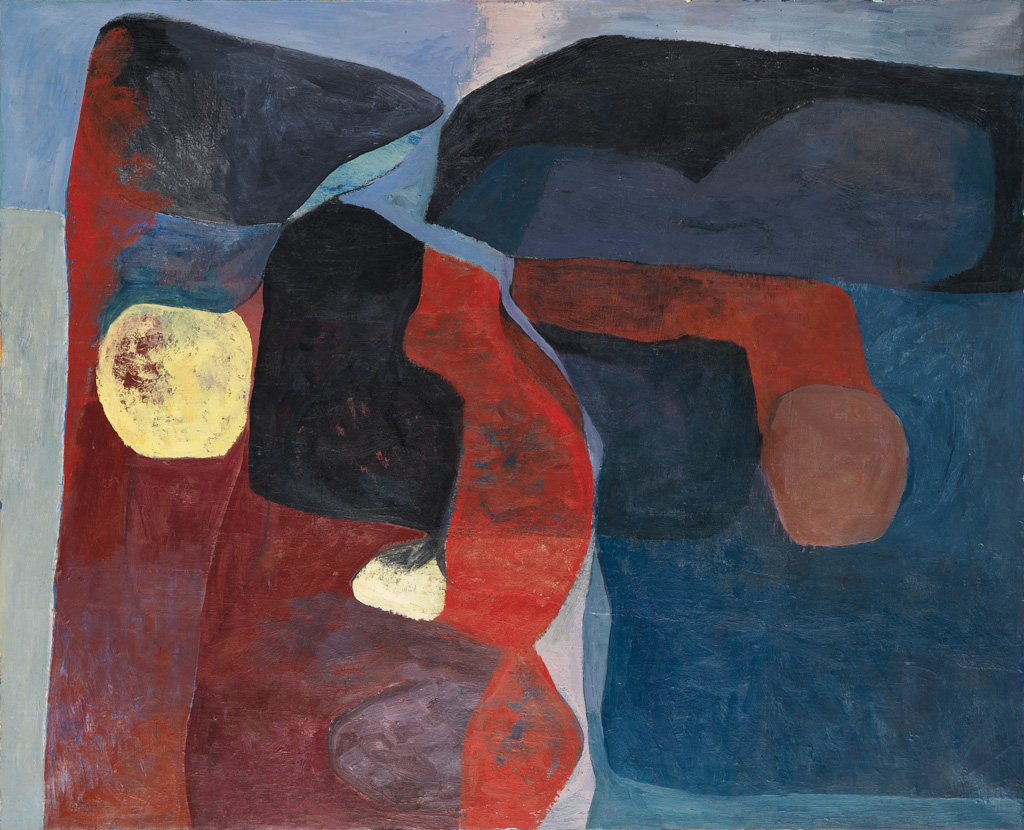