Provenance: collection of the artist.

Leon Hicks is a celebrated printmaker and scholar - best known for his pioneering work and innovations in engraving. Born in Deerfield, Florida, Hicks' career spans decades and traverses many boundaries. Hicks received a BFA from Kansas State University in Painting and Sculpture and a MA in painting and a MFA in printmaking from the University of Iowa, where he studied under master printmaker Mauricio Lasansky.

The 1960s were a formative period for Hicks, marked by the emergence of the Black Art Movement and his transition from student of art and art history to professor of art at Florida A&M University in 1964. As an educator, he has held positions at Concord College, Lincoln, Lehigh and Webster University; retiring in 1999, Hicks was appointed Professor Emeritus at Webster University in St. Louis. Hicks's prints have been exhibited in many notable group shows including Impressional Expressions: Black American Graphics, the Smithsonian Institution and the Studio Museum in Harlem, 11 Black Printmakers, Spelman College, Blacks: US: 1973 at the New York Cultural Center, and The 2nd Annual Atlanta Life National Art Competition. His most recent solo exhibition Leon Hicks: The Ingenious Line in 2018 at Fisk University focused on his early engravings. His prints are many institutional collections including the Saint Louis Art Museum, the University of Florida, Miami, the Oakland Art Museum, the Tuskegee Institute and the Library of Congress. 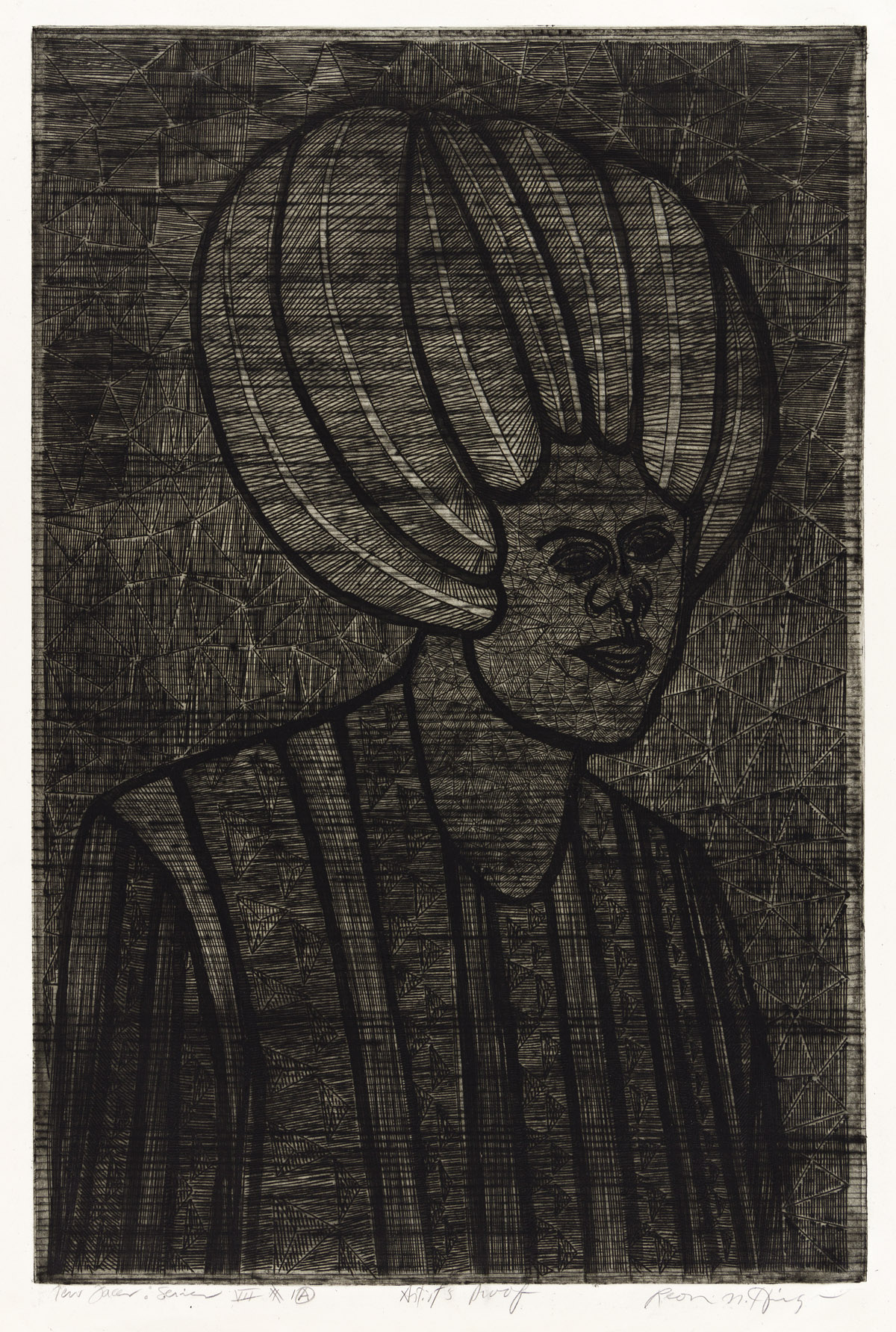