Lev Mills was born Tallahassee, Florida and currently resides in Atlanta, Georgia. He received his BA from Florida A&M University, his MA and MFA from the University of Wisconsin-Madison, and a postgraduate certificate from the Slade School of Fine Arts, University College- University of London. Lev Mills' career has been split between being a working visual artist, and an educator. He worked for nearly 30 years and served 14 of those years as Art Department Chair, at Spelman College, retiring in 2009.

Mills classifies himself as a "constructionist," and his work has appeared in more than 100 group and solo exhibitions in the United States, Europe, and Africa. His commissions include the Atrium floor design for Atlanta's City Hall Annex, and a collaborative mixed-media construction at Hartsfield International Airport Atlanta. Additionally, Mills designed the seal for the Coretta Scott King Award. His work can also be found in major private and public collections including the Victoria and Albert Museum, London; the British Museum, London; the National Library of Scotland, Edinburgh; the Bibliothèque nationale de France, Paris; the Library of Congress, Washington, DC; the High Museum of Art, Atlanta and the Museum of Modern Art, New York. Mills has published an artistic book of etchings and poems entitled, I Do.This is the first work by Mills to come to auction.
Set Alert for Similar Items 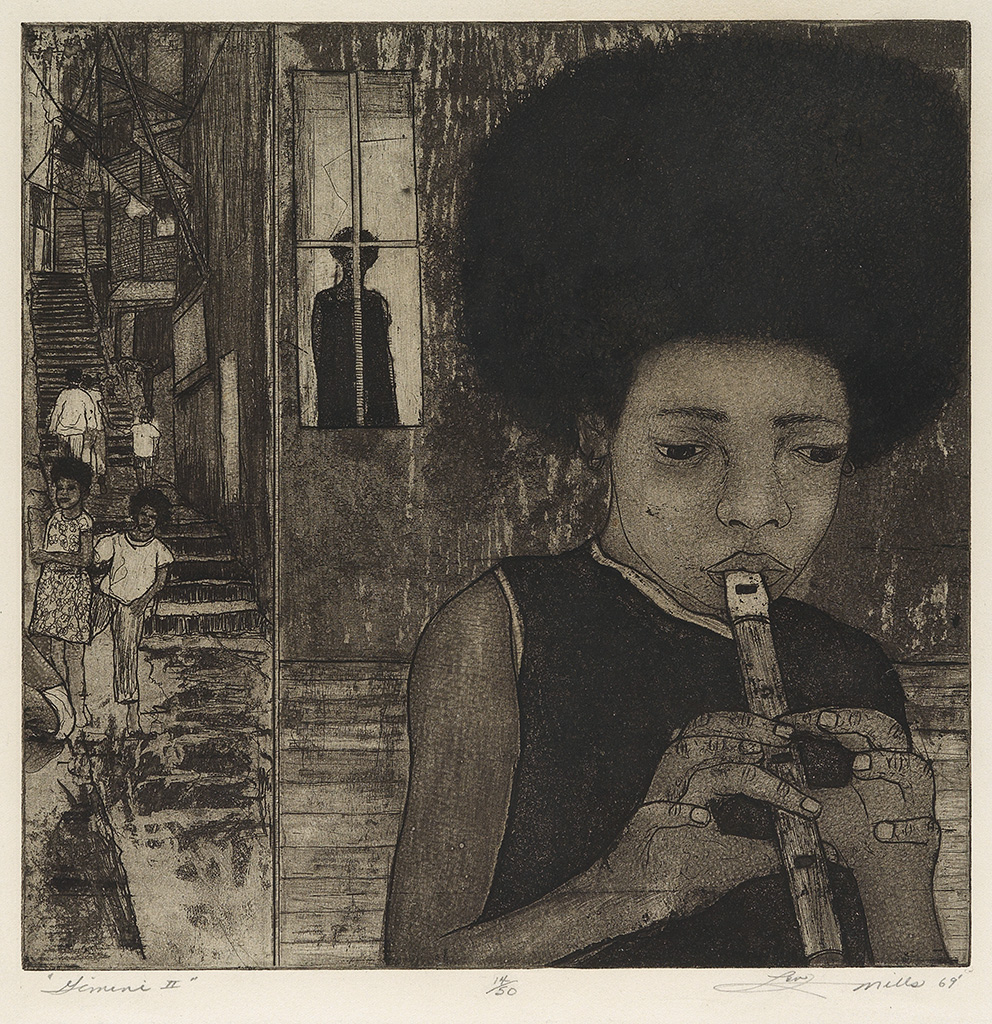