Exhibited: A Blossoming of New Promises: Art in the Spirit of the Harlem Renaissance, Emily Lowe Gallery, Hofstra University, Hempstead, NY, February 5 - March 18, 1984, with the label on the frame back; Washington, DC; The World of Loïs Mailou Jones, Meridian House International, Washington, DC, January 28 - March 18, 1990; on loan to the National Museum of Women in the Arts, Washington, DC, March, 1992 - September, 2015.

This striking image by Loïs Mailou Jones is the most significant oil painting by the artist yet to come to auction - a very scarce example from her Harlem Renaissance period. This painting is one of the earliest known examples of the artist's investigation of African imagery for an African-American aesthetic. Inspired by Aaron Douglas and the New Negro philosophy of Alain Locke, in 1933 Jones exhibited at the Harmon Foundation in New York her oil painting, The Ascent of Ethiopia, 1932, now in the collection of the Milwaukee Art Museum. By the summer of 1934, her interest in African art peaked. She pursued a study of ethnic masks at Columbia University. In Harlem, she met Asadata Dafora, the dancer and choreographer from Sierra Leone, and soon designed head dresses and costumes for his ground breaking operatic dance Kykunkor (Witch Woman). Awarded a Howard University scholarship to study at the Académie Julian in Paris during 1937-38, she studied landscape and portraiture, and painted her well known painting of African masks, Les Fétiches, 1938, now in the collection of the National Museum of American Art, Smithsonian Institution. Benjamin p. 125; Hanzal pp. 57-58 and 135.
Set Alert for Similar Items 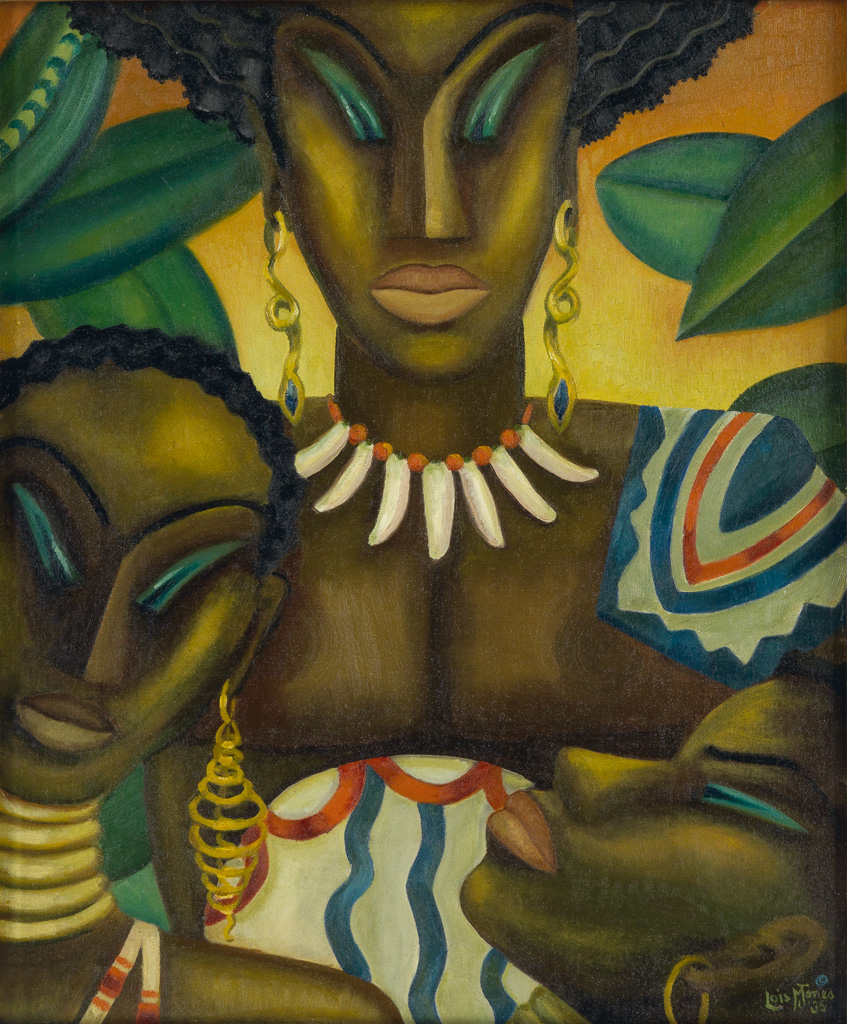