Watercolor on illustration board, 1968. 775x565 mm; 30 1/2x22 1/4 inches. Signed and dated in watercolor, lower right recto. Signed, titled and inscribed with the artist's Washington, DC address in ink, center verso. Also signed and dedicated in ink on a fragment of backing paper, mounted to the frame back.

This important artwork of the Civil Rights period was Loïs Mailou Jones' direct response to the assassination of Martin Luther King, Jr. Jones' multi-faceted tribute to the life of Dr. King is depicted in many watercolor panels. This stirring visual representation of his legacy has been widely exhibited nationally and on loan for the past 20 years to the National Museum of Women in the Arts, Washington, DC. In the Black Womens' Oral History Project, Loïs Mailou Jones herself described this artwork as "one of the works which is considered outstanding as a result of using the black experience as an influence."
Set Alert for Similar Items 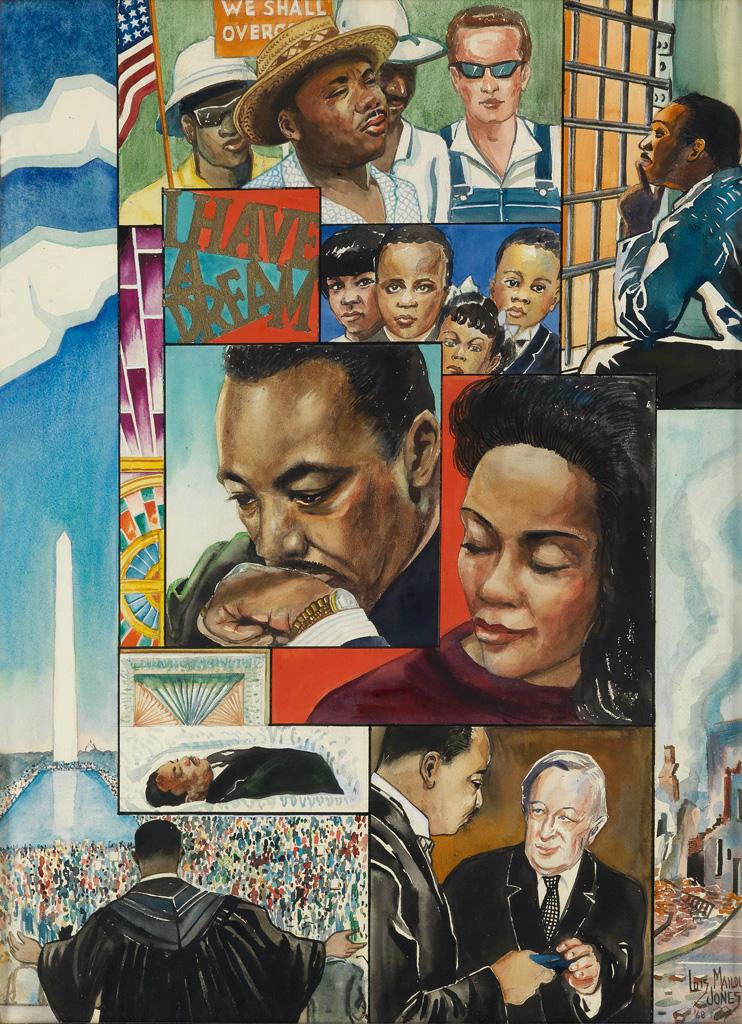