This impressive Impressionist canvas is one of the largest landscapes by Loïs Mailou Jones we have located of a Martha's Vineyard subject. This bustling beach scene is from the two mile long Lobsterville Beach found at the western end of the island above Aquinnah (formerly Gay Head). In the early 1940s, Jones had already begun a successful career as a painter with her inclusion in exhibitions at the Phillips Collection, the National Academy of Design, the Barnett-Aden Gallery in Washington, DC, and the Institute of Modern Art in Boston. In 1945, Jones received a BA degree in art education, magna cum laude, from Howard University.

Earlier in 1941, she painted another local beach scene Indian Shops, Gay Head, Massachusetts, 1940. Now in the collection of the Corcoran Gallery of Art, Washington, DC, the painting received the Robert Woods Bliss Award for Landscape from the The Society of Washington Artists at the Corcoran Gallery. Benjamin pp. 49-50.
Set Alert for Similar Items 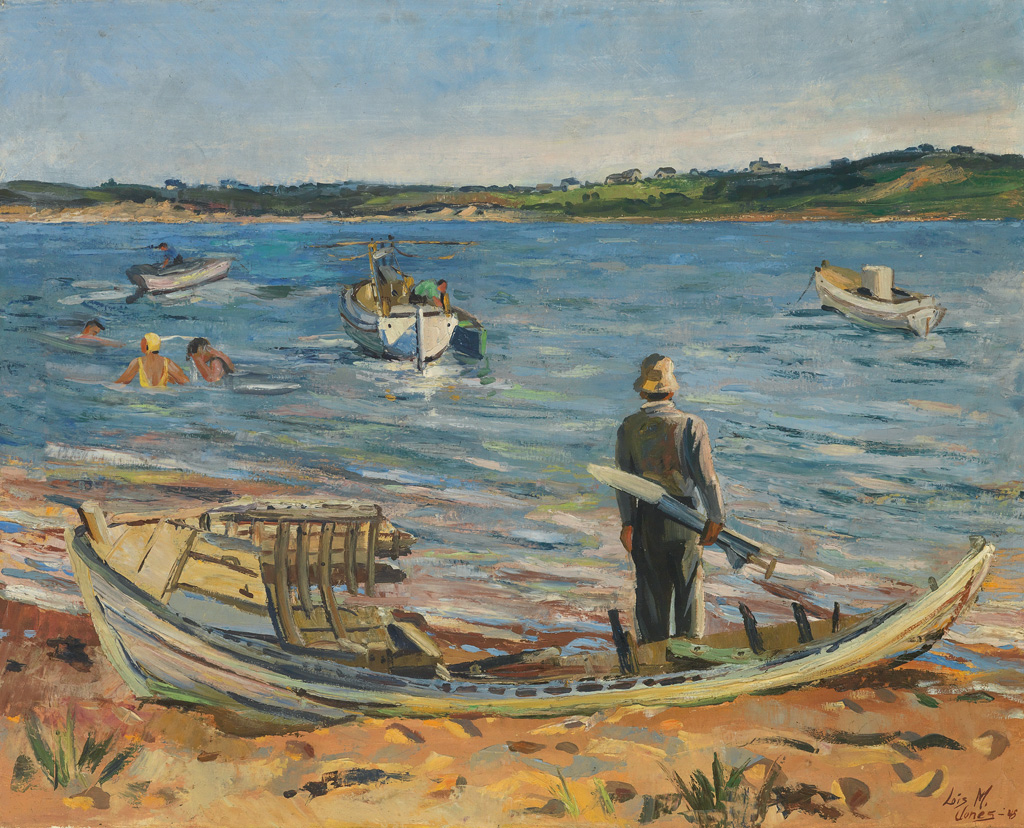