This impressive scene is an excellent example of the modern paintings from Loïs Mailou Jones' Haitian period, when she made a dynamic breakthrough away from her earlier Impressionist style of painting. Jones took her first trip to Haiti in the summer of 1954 with the invitation of President Paul E. Magloire for his portrait commission, and made subsequent annual trips with her husband Pierre-Noël through 1969. Beginning in 1961, she focused on the abstract forms found in the busy outdoor markets using flattened areas of pattern and color. Today, these striking early 1960s paintings are some of the artist's best known and distinctive works. Bearden/Henderson p. 328; Benjamin p. 127.
Set Alert for Similar Items 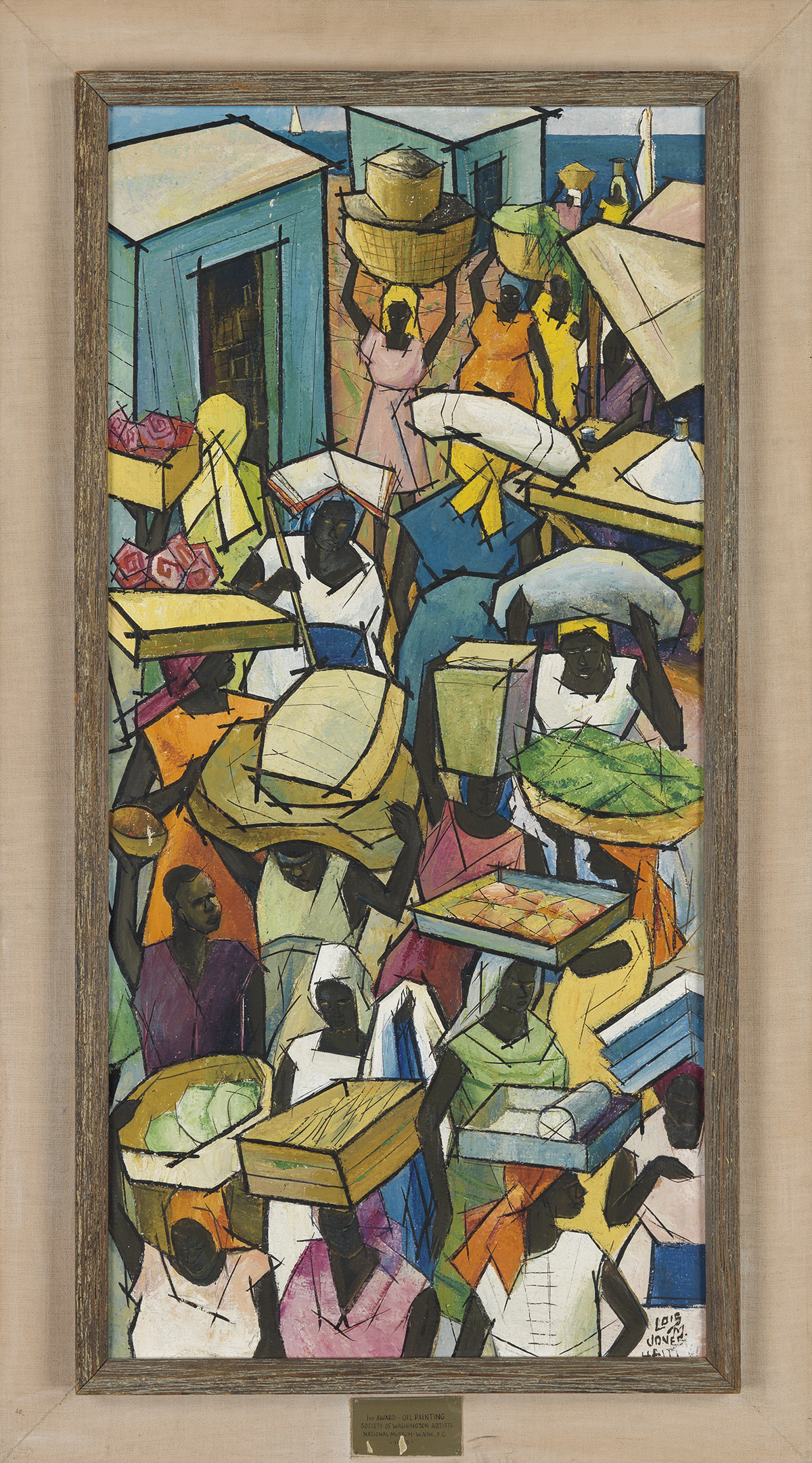