Provenance: the estate of the artist; private collection, Connecticut.

Photographer, illustrator, graphic designer and author of several books, Louise Jefferson was born in Washington, DC to a musically gifted and artistic family. She moved to New York City to pursue her career in graphics, attending Hunter College for fine arts and Columbia University for graphic design. She became heavily involved in the art community of Harlem in 1935 — she was one of the founding members of the Harlem Artists Guild with Charles Alston, Henry Bannarn, Romare Bearden, Elba Lightfoot, Augusta Savage and Grayson Walker. In 1938 Jefferson was appointed instructor at the Harlem Community Art Center, teaching lithography to young artists like Bob Blackburn, for the WPA. She designed posters for the YMCA in New York City before becoming the Artistic Director for the Friendship Press in 1942. She also designed numerous book jackets and maps for various publishing companies and universities. Later in her career, she travelled throughout Africa, where she photographed and illustrated for her book, The Decorative Arts of Africa, which was published in 1973. In her late years, she settled in Connecticut where she maintained an artist studio, tended to her garden and captured snapshots of her home in Litchfield, Connecticut. 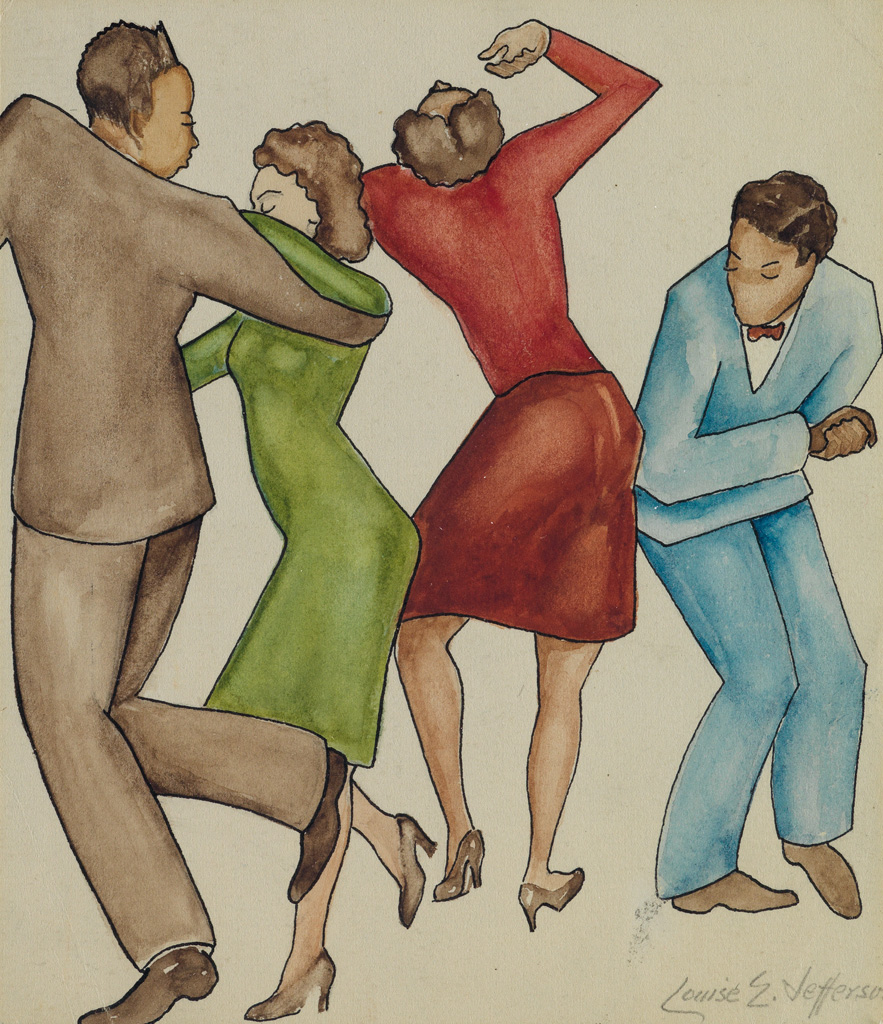