While best known for her monochromatic wooden assemblages, such as the current work, the Russian Empire emigré Nevelson (1899-1988), born in Pereiaslav near Kyiv, was also a painter and printmaker. She emigrated with her family to the Untited States in 1905 and she began her career studying at the Art Students League in New York in 1929, returning to Europe in 1931. While in Europe, Nevelson visited France and Italy and briefly studied with Hans Hofmann in Munich. Returning to New York in 1932, she continued her studies with Hans Hoffman who was a visiting instructor at the Art Students League. She began exhibiting her work in group exhibitions throughout the 1930s, but also relied on teaching classes for income, even being employed by the WPA to teach mural painting to a Boys and Girls Club in Brooklyn.

By the 1940s, Nevelson dedicated herself almost exclusively to sculpture; for several years the impoverished Nevelson and her son collected firewood to burn in order to keep warm: these served as the starting point for the sculptures that would make her famous. In 1958, Nevelson had a career turning point, when The Museum of Modern Art, New York, purchased one of her wooden wall sculptures and in the following year she was chosen to exhibit her work in The MOMA's Sixteen Americans exhibition. Having achieved financial security and critical and commerical success, by the 1960s Nevelson was able to expand her repertoire, including work on monumental outdoor sculptures. She also made a return to lithography and etching with which she experimented with throughout the 1930s.

Joyce Pomeroy Schwartz, a friend of Nevelson's and a former assistant at Pace Gallery, New York, recalled that Nevelson, "Was the most organized person. All of the garbage she picked up was totally organized. It was not that she was a junk collector—she collected junk but as objects that were potentially art. In her studio she had all the different sized wood sorted in barrels. And when you saw this and the dishes in her closets you realized that this woman was a compulsive neurotic artist."
Set Alert for Similar Items 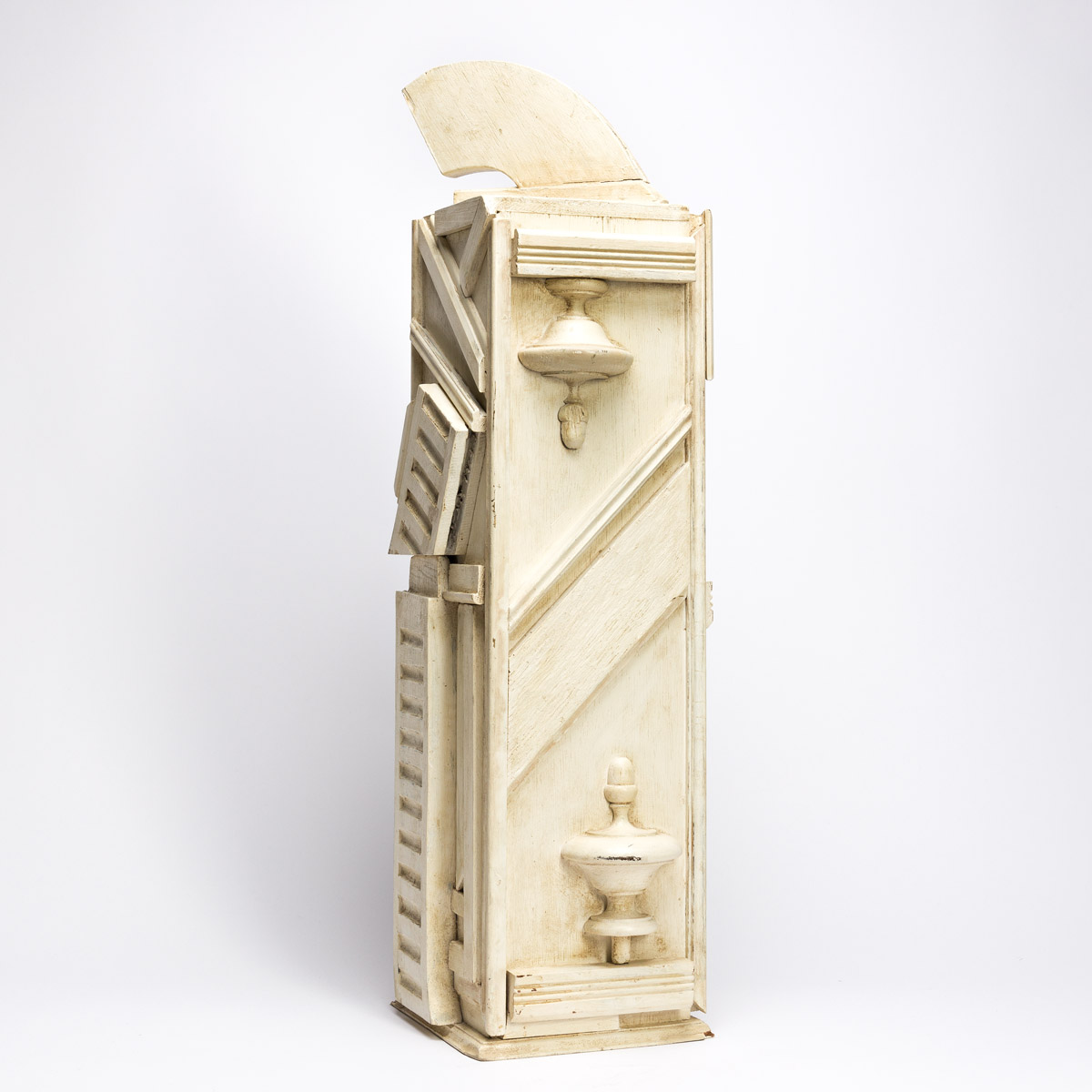