In 1925, Lucian Bernhard emigrated to the United States - not for political reasons, but to explore new business opportunities in America. He left his studio in Berlin to his partner Fritz Rosen, who ran the company until 1933 when he too emigrated to America. In 1929, Bernhard and Rosen had a large retrospective exhibition in Berlin; to advertise the show, they not only co-designed this poster, but also a cover for the magazine Gebrauchsgraphik (picturing the two of themselves with globes instead of heads - Bernhard's being the larger of the two). Their collaborative effort on the poster resulted in this intriguing, well-balanced "look and listen" image, playing stylistically on light and complementary colors. Half blue, half orange, half awake, half asleep, listening closely on one side, and peering attentively on the other, the two men capture the split personality of their working relationship while accentuating the common goals they strive to achieve. Germany p. 76, Verfuhrungen 130, Crouse p. 110, L'Affiche Art Deco p. 263.
Set Alert for Similar Items 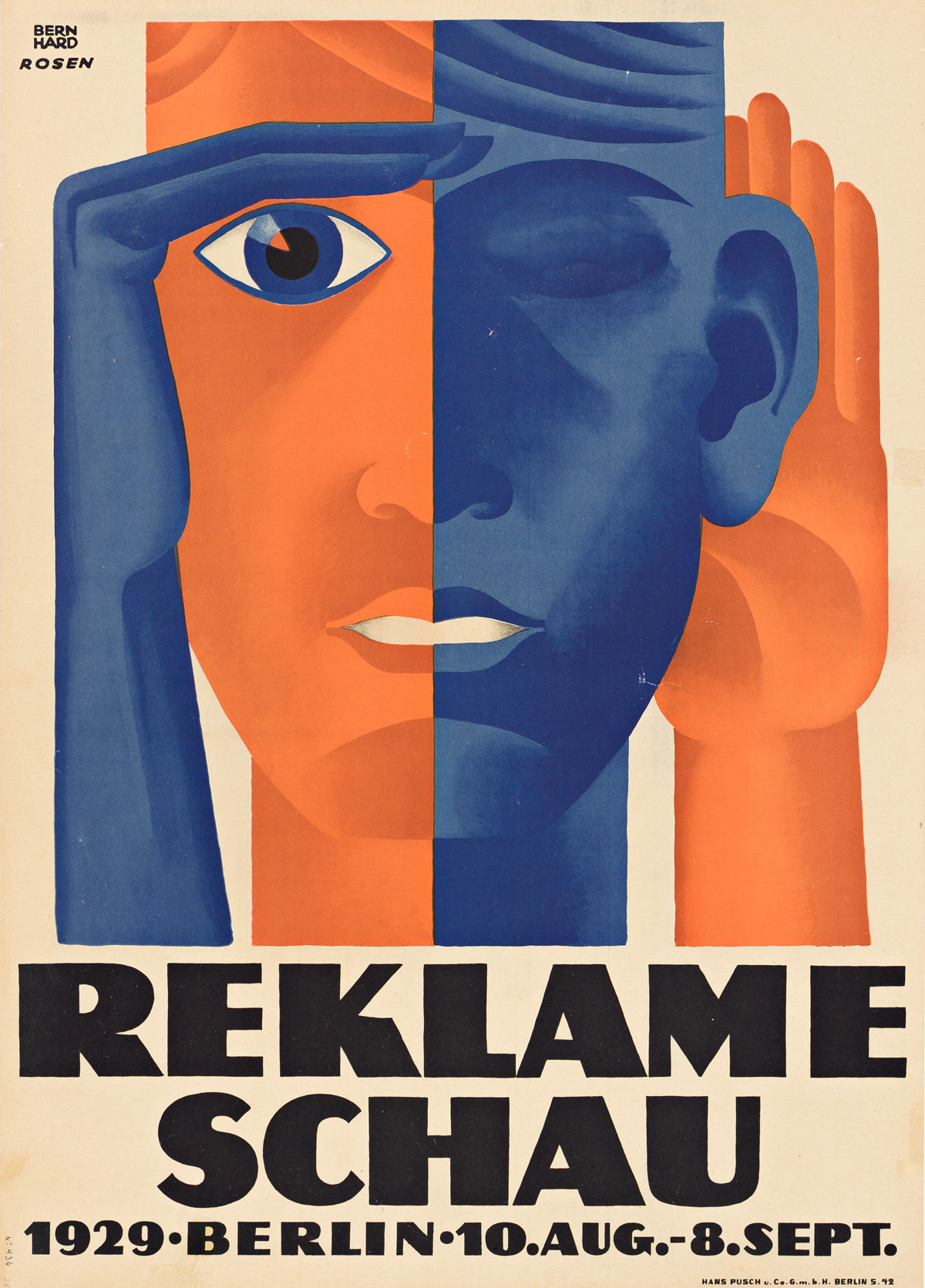