Freud (1922-2011) was among the foremost 20th century British painters, specializing principally in portraiture. He was born in Berlin, the son of a Jewish architect and the grandson of Sigmund Freud, his family moved from Berlin to Britain in 1933 to escape the rise of Nazism.

Freud studied at the Central School of Art in London, and from 1939 to 1942, with greater success at Cedric Morris' (1889-1982, see lot 321) East Anglian School of Painting and Drawing in Dedham. He also attended Goldsmiths' College, part of the University of London, in 1942–43, and soon thereafter served as a merchant seaman in World War II.

Freud's early paintings, which are mostly small in scale, are often associated with German Expressionism and Surrealism in depicting people, plants and animals in unusual juxtapositions. From the 1950s he began to focus almost exclusively on portraiture. By about 1960, Freud had established the style that he would use, with some changes, for the rest of his career. His portraits often depict only the sitter, sometimes sprawled naked on the floor or on a bed or alternatively juxtaposed with something else whether an animal or inanimate object. Freud painted from life, and usually spent a great deal of time with each subject, demanding the model's presence even while working on the background of the portrait.

Freud began experimenting with etching in the 1940s, creating 6 early plates that reveal the style and subject influence of René Magritte (1898-1967) and Fernand Léger (1881-1955) among others, and rediscovered the medium in the early 1980s, producing more than 75 etchings over the next several decades of his late career. Freud was not a traditional printmaker, though he utilized long-standing etching techniques. He treated the etching plate like a canvas, standing the copper upright on an easel, and typically depicted the same sitters in etching as in his paintings. With his figures dramatically cropped or isolated against empty backgrounds, Freud's etchings achieve a startling new sense of psychological tension and formal abstraction. Hartley 21.
Set Alert for Similar Items 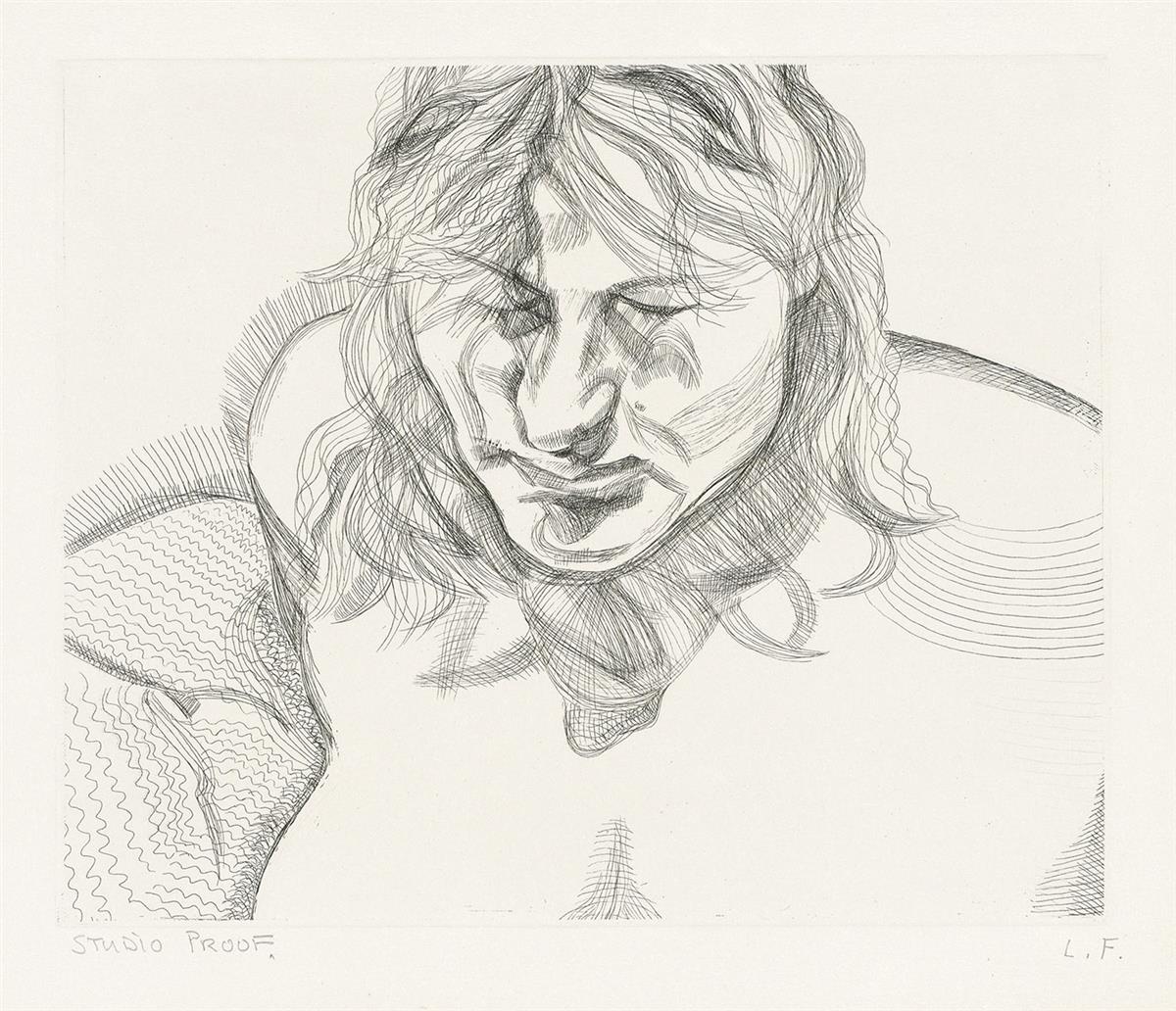