This image holds an important place in Bemelmans' creative development. Already an accomplished and popular illustrator of the first Madeline book (1939) and a number of travel and humor books, he went to Ville-d'Avray, France in the early 1950s to apply himself to fine art and try his hand at oil painting, a medium he had previously shied away from. He claimed that he "could not stand the smell or feel of oil and turpentine; also that I could not wait for oil to dry"--My Life in Art, page 61. It was through bartered lessons with a local painter, Marcel Salinas (whom he helped put on an exhibition in New York) in 1957, that he developed the courage to take oil to canvas. And it was this image of the harbor of Les Sables-d'Olonne, which Bemelmans had created in gouache (his usual medium) that he chose to render in oil. It was exhibited at his first major show of oil paintings in 1957 at the Durand-Ruel gallery in Paris (ibid, page 63). This watercolor rendering differs only slightly from the gouache and oil in composition and coloring, and was likely one of his early studies of the scene.
Set Alert for Similar Items 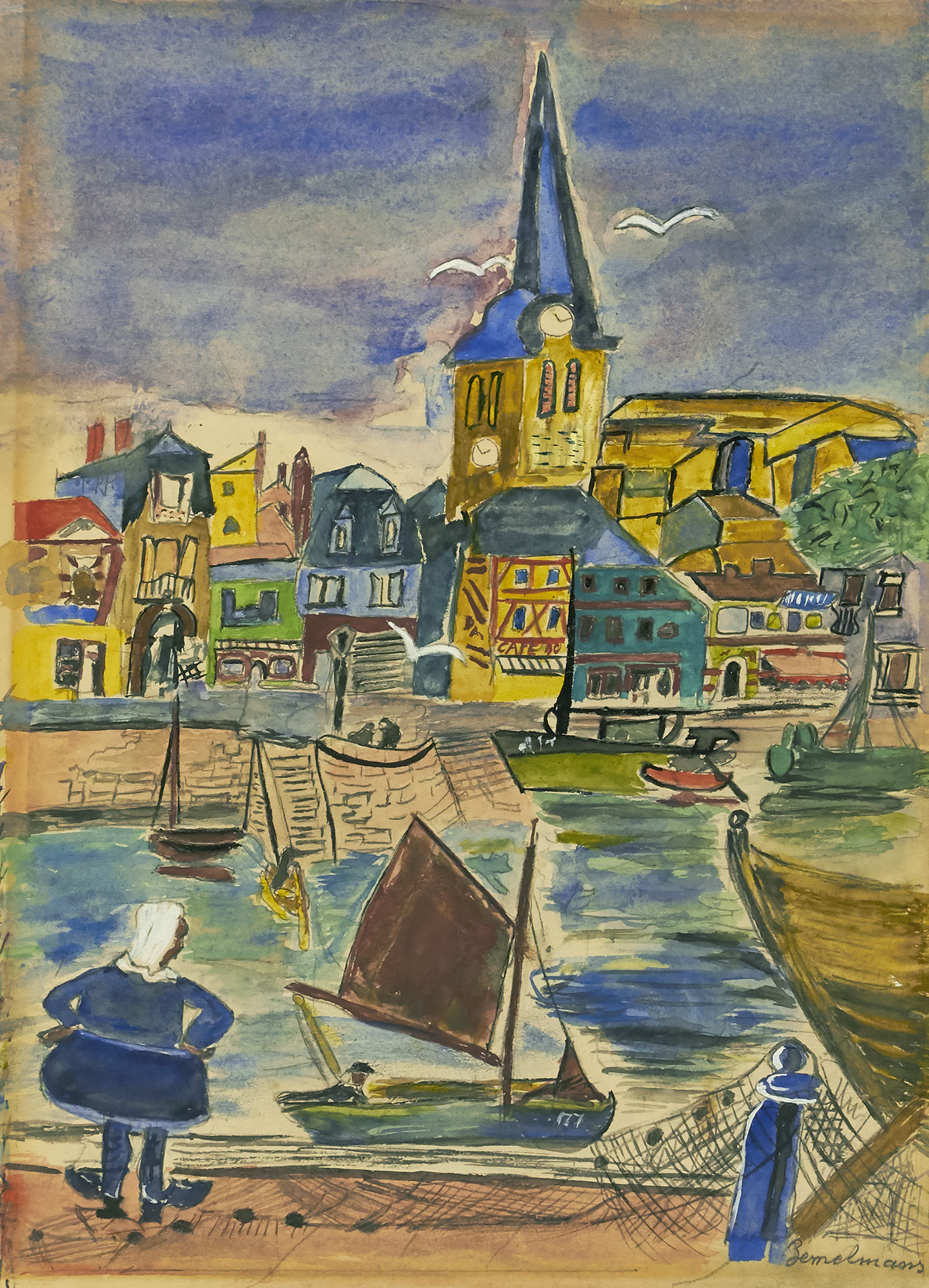