This is from an album of ornament drawings sold at Sotheby's, London, in 1921. The sheets were all the same size and many bore similar attributions to Perino del Vaga and framing lines on the reverse. Philip Pouncey and John Gere were the first to attribute these sheets to Perino's assistant Luzio Romano (see Pouncey and Gere, Italian Drawings in the Department of Prints and Drawings in the British Museum, Raphael and his Circle, London, 1962, under numbers 187 and 188, plates 156-158). Other pages from the album are at the Cleveland Museum of Art, the Metropolitan Museum of Art, New York, the Courtauld Institute, London and the British Museum, London.

Luzio Romano is mentioned by Vasari as one of the garzone specializing in grotteschi and stucchi who worked for Perino del Vaga in the Palazzo Doria, Genoa, and in the Castel Sant'Angelo, Rome. After Perino's death, Luzio assisted Daniele da Volterra and worked in the Vatican. The Royal Collection at Windsor Castle has further drawings by the artist.
Set Alert for Similar Items 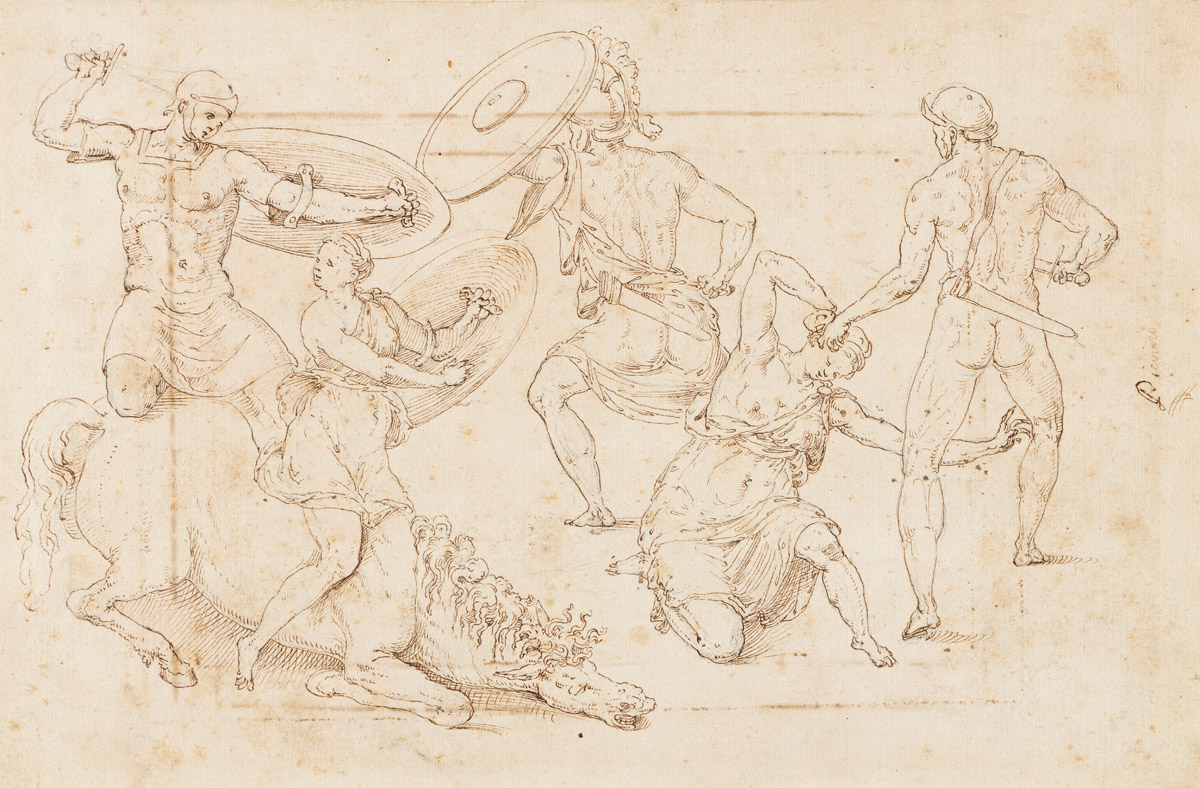