Andrew Strauss and Timothy Baum of the Man Ray Expertise Committee have confirmed the authenticity of this work and that it will be included in the Catalogue of Objects & Sculptures of Man Ray, currently in preparation. It will be recorded stating that the object is no longer in its original condition since the replacement of the glass beaker and four ball-bearings as well as the additional cotton wool and wooden lid. Man Ray Expertise Committee reference: 00184-O-2021.

The original object New York was conceived in the eponymous city in 1920. Man Ray replaced olives in a cylindrical glass jar, his original concept to memorialize New York and its soaring skyscrapers, with steel balls in a glass test tube and brought it with him to Paris in 1921, where he told the French customs officer that the jar would give him the illusion of having something to eat. The first version has been destroyed.

In 1925, Ray recreated New York and called it New York II (alternately titled Export Commodity, Roulement Habile, and New York 20). Zabriskie Gallery, New York acquired this 1925 version from Juliet Man Ray, Paris. This version was broken and replaced by Zabriskie to be shown in the 1988 exhibition "Man Ray-The New York Years." There was also one replica created in 1962 and the present work created in 1965. The present work from 1965 was also in the collection of Juliet Man Ray and acquired by Zabriskie.

In 1973, Man Ray would direct the edition of 9 with a printed linen tape label from Studio Marconi, which had produced multiples for Ray in the past. These were made by Lucien Treillard, Paris, Man Ray's assistant who had sourced the glass tubes and ball bearings.
Set Alert for Similar Items 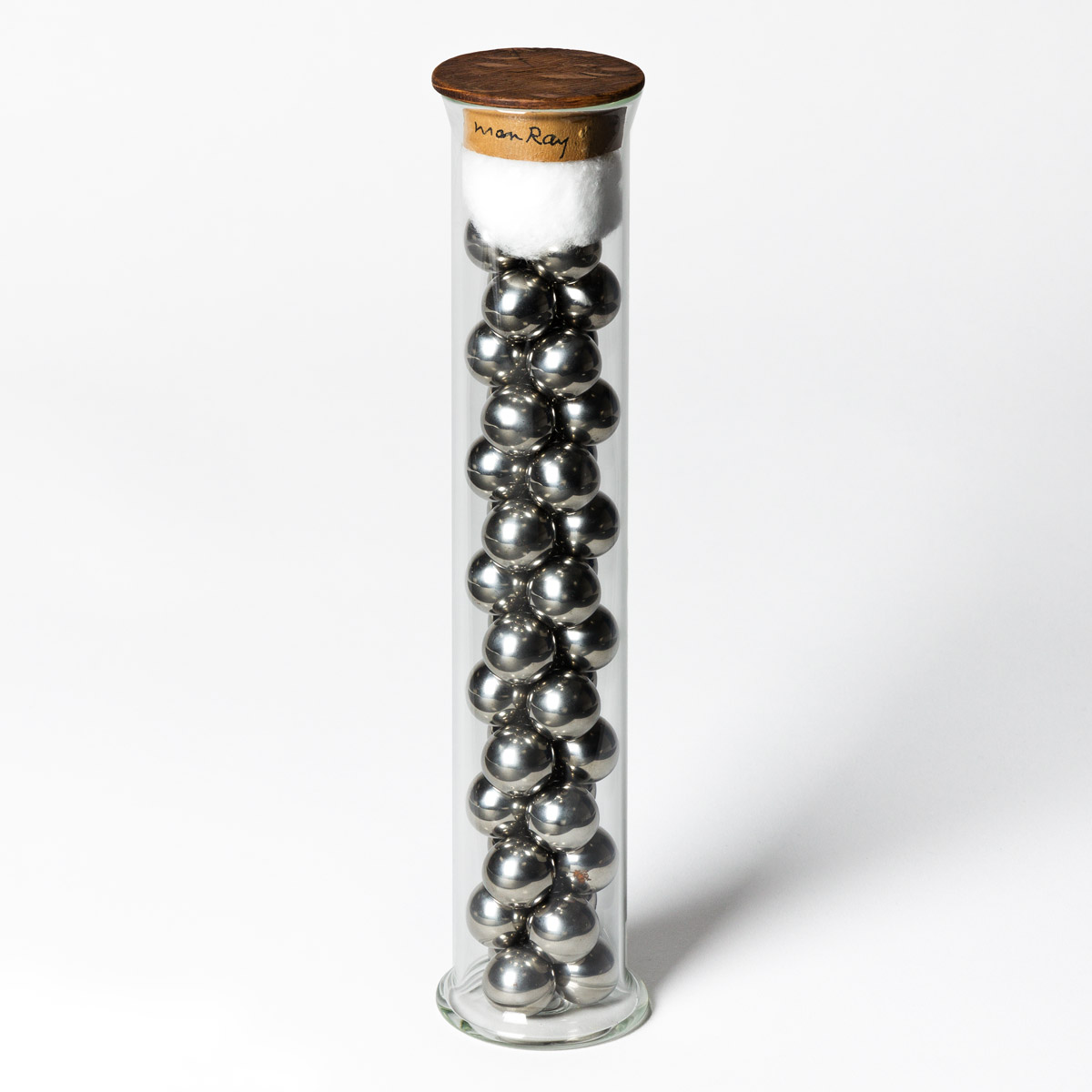