Just as Duchamp found success in re-creating his readymades at Galleria Schwarz in Milan in the 1960s and 70s, Man Ray also had multiples made from his lost original objects. The two artists worked closely with Arturo Schwarz in these replications, with the knowledge that the multiples would allow the artist to hold more complete exhibitions of his œuvre and further his legacy.

In order to defamiliarize the viewer with an object, Man Ray used repetition with some variation. To subvert the meaning of a hand iron, Man Ray used the iconic Cadeau, an iron with tacks affixed to the sole in 1921. To reference the original readymade and its later replicas, Man Ray later created two other iron readymades, Le Fer rouge (1966) and Phare de la harpe (1967). Keeping in the Dada tradition, the title of the present work is an anagram, an exercise in visual and literal meaning.
Set Alert for Similar Items 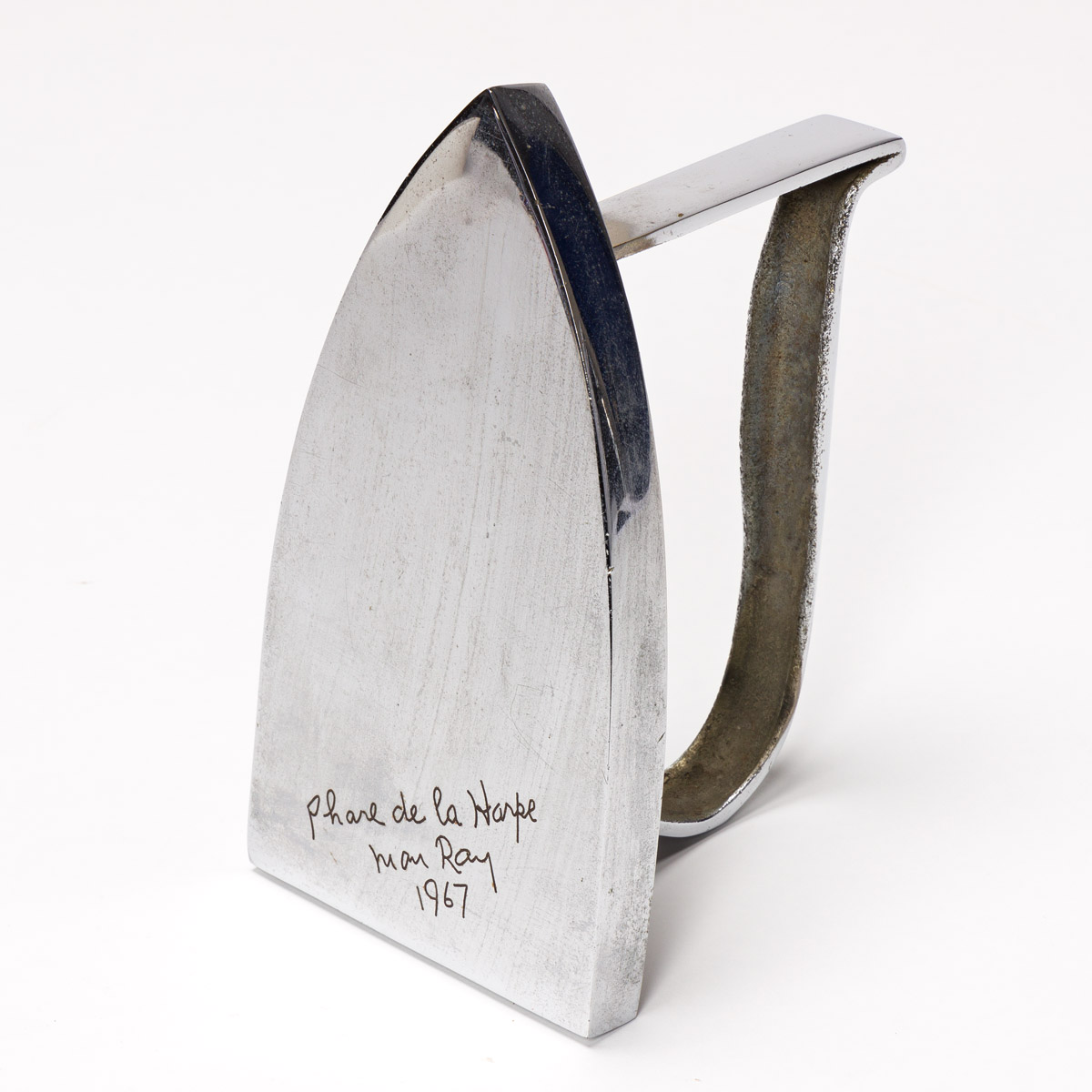