A print identical to this one was included in the auction, "A Collection of DADA Art." Sotheby's, London, December 4, 1985.

Man Ray's Surrealist imagery was included in the "The Surreal Image" exhibition in May 2-June 9, 1989 at Zabriskie Gallery, New York.

The object depicted in this photograph is a 1936 cast based on what is cited as the Venus de Milo or the Venus de Medici. The object was used in a number of Man Ray photographs (before it was bound in twine). The original object was lost, but in 1971 Venus Restaurée was issued in an edition of 10. In this iteration the torso was affixed to a base and included the rope.
Set Alert for Similar Items 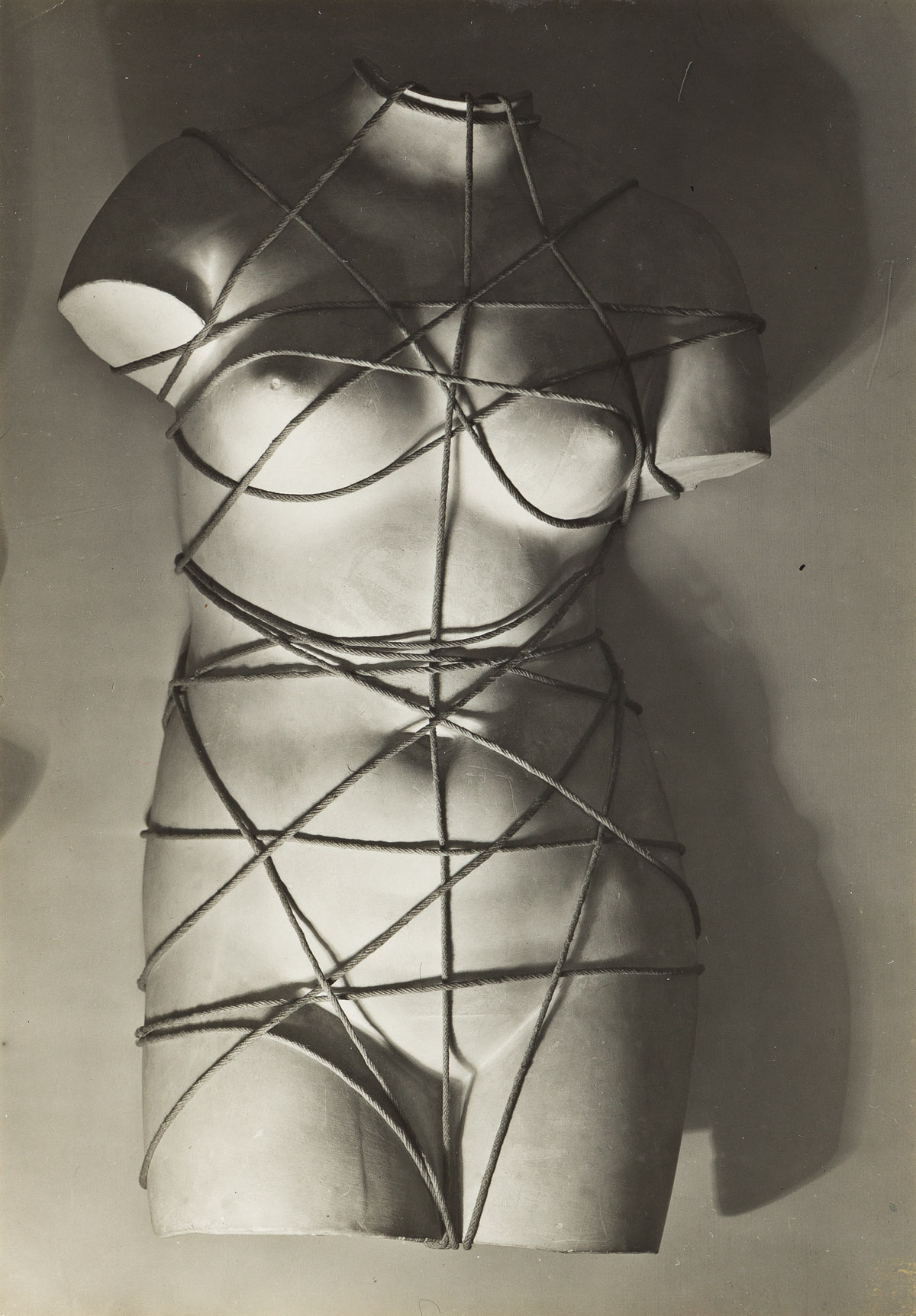