Purchased from Sotheby's New York, October 23, 1994, lot 110; to a Private Collector, who discovered that the photographer was actually Marcus A. Root, a photographer then based in Philadelphia.

At the age of five, General Tom Thumb was an international superstar and among the most photographed subjects of the Victorian age. Discovered in Connecticut by the renowned impresario P. T. Barnum, Charles Sherwood Stratton (1838–1883) weighed fifteen pounds and was about two feet tall. Barnum personally taught the young performer song and dance routines; the General also delivered humorous skits, and impersonated Napoleon Bonaparte.

Like many photographers of the daguerreian period, Marcus Root studied painting before dedicating himself to the art of photography. This studio portrait demonstrates a sensitivity to light and composition, and is skillfully hand-tinted to enhance subtle details. A unique portrait, Root arranged the family members in an unusual configuration. Instead of the patriarch of the family occupying center stage, Tom Thumb himself (who is straddling a tiny wooden chair, which is perched atop a circular table) is the focus of the composition. Root's thoughtful arrangement elevates the tiny performer so that he is nearly the same height as his seated parents. In this way, Tom Thumb's status as an international celebrity, and the most financially successful performer in Barnum's troupe, is artfully underscored.

An advertisement for Root's gallery at 140 Chestnut Street mentions "GEN TOM THUMB with his Mother and Father (as daguerreotyped by Root)." Root also proudly proclaimed how he concerned himself with conveyeing aesthetic details: "Attention is invited to the distinct, lively and life-like expression of the EYE. . . "

The Strattons were involved in many aspects of their son's career. Mrs. Stratton lived with Tom in New York City, and traveled with him on tours, including his triumphant trip to Europe, in 1844-47. This is belived to be the only extant portrait of Tom Thumb with both his parents, and the only portrait of Mrs. Stratton. 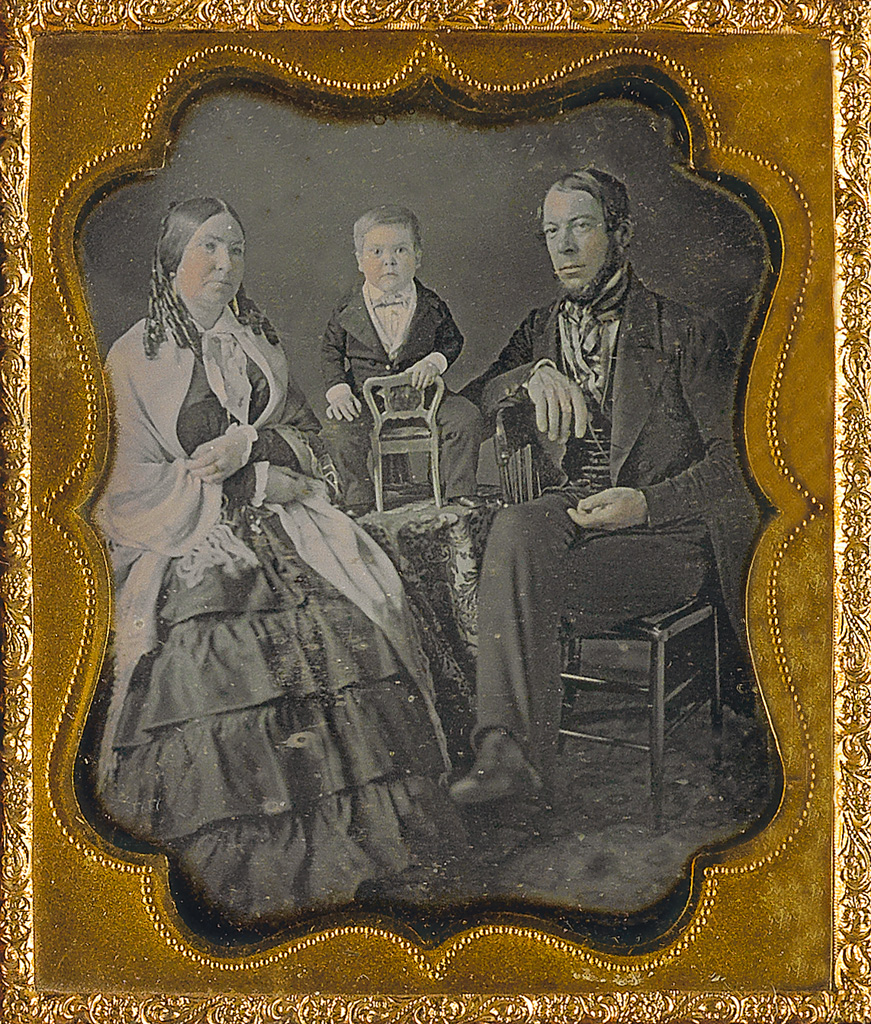 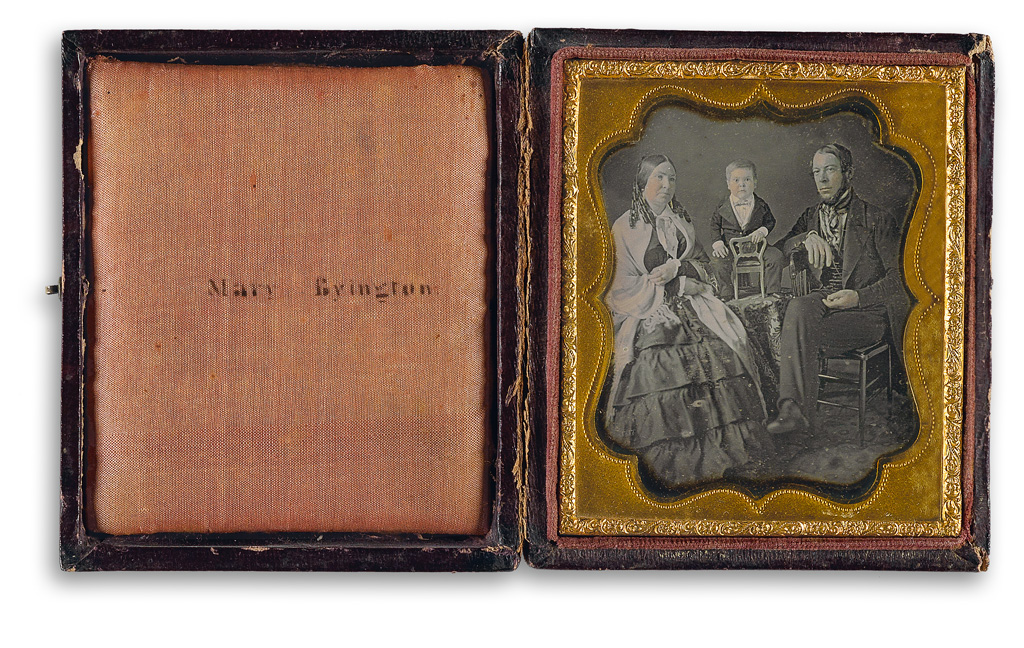