Illustrated: Ebony, December, 1973, p. 44.
Family is an exceptional, early work by Marie Johnson Calloway, the Californian artist and art professor, best known for these collage and mixed-media assemblages depicting everyday people. Born and raised in Baltimore, Calloway taught in public schools, and graduated from Coppin Teachers College, Baltimore. She later earned a BA degree in art education from Morgan State College in Detroit in 1952. Then Calloway moved to San Jose, California and earned a Master's Degree at San Jose State University in 1968, and a doctoral's equivalency from San Fransisco University. Active in the Civil Rights movement, Calloway became president of the San Jose chapter of the NAACP, and was a participant in the historic 1965 march in Selma, Alabama.

At this time, her work changed from abstraction to the figurative, and she began this body of work in collage, showing at the Brockman Gallery in Los Angeles. In 1969, she became an assistant professor at the California College of Arts and Crafts in Oakland and San Jose State University, and was included in Samella Lewis/Ruth Waddy's survey Black Artists on Art, Volume 1. From 1973 to 1983, she was an associate professor in the art department at San Francisco State University. In 1977, she had an important exhibition in conjunction with Betye Saar at the San Francisco Museum of Art. Recently in 2015, Calloway was the subject of the retrospective Marie Johnson Calloway: Legacy of Color at MoAD, the Museum of the African Diaspora, in San Francisco. Her work today is in the permanent collection of the California Museum of African American Art, Los Angeles, and was included in the recent 2012 traveling exhibition Now Dig This! Art & Black Los Angeles 1960 - 1980. Lewis/Waddy pp. 58-59 and 125; Farrington p. 142; Jones p. 262.
Set Alert for Similar Items 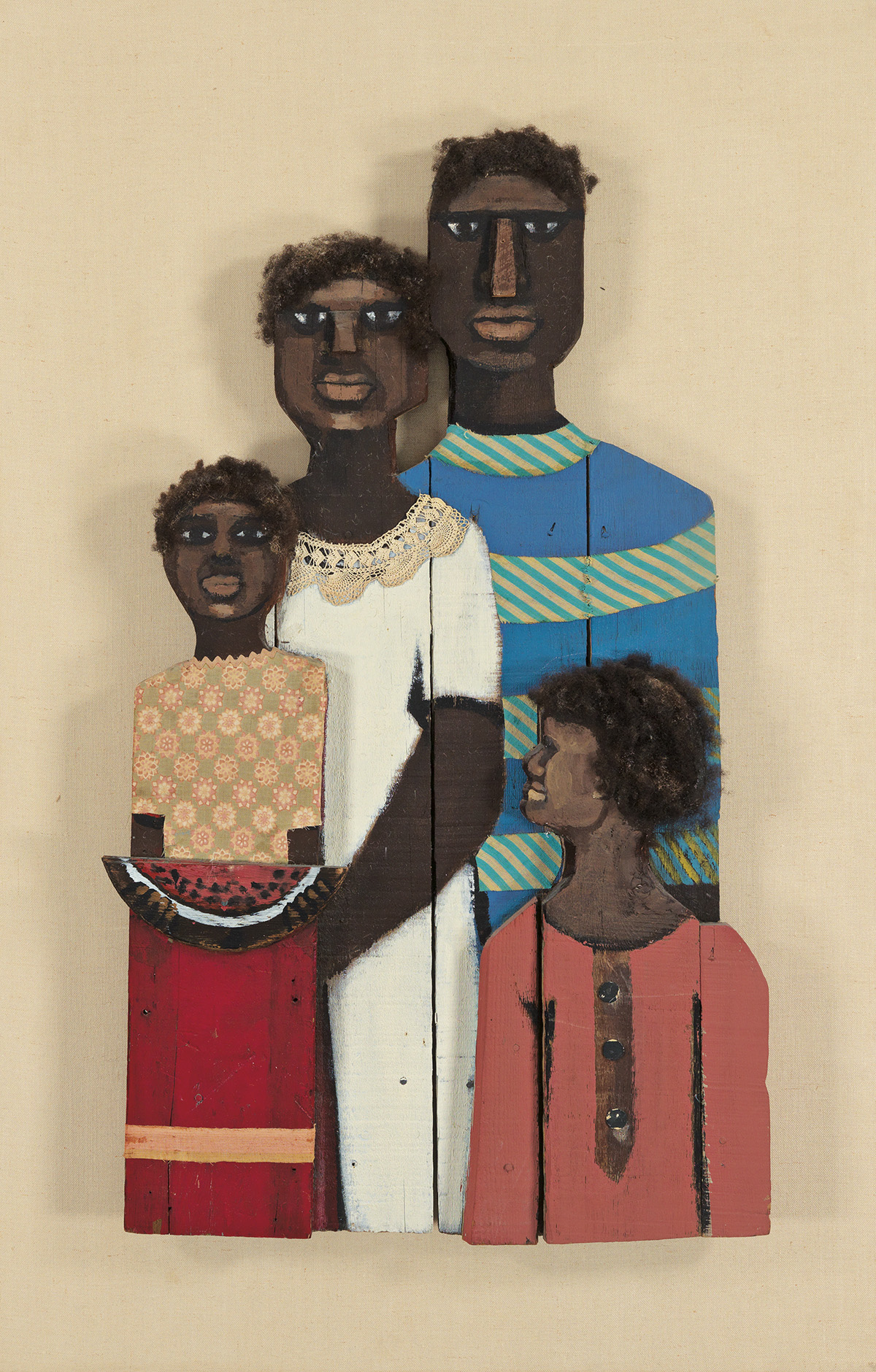