Comprising studies of indigenous people, pre-Colombian sites, artifacts, and architecture, in addition to street scenes; the remaining 82 prints by M. Gonzalez Salazar. A thorough compilation of remarkably crisp views that were compiled and presented to R. Berjman on the occasion of a Pan American Conference dedicated to architecture. Featured are sublime depictions of numerous ancient sites, among them the sacred lands and archeological ruins of the Incan people at Macchu Picchu. Silver prints, the images measuring 8 3/4x6 1/2 inches (21.6x16.5 cm.), and the reverse, the sheets slightly larger, many with notations, in pencil, on verso, the Chambi prints with a blind stamp on recto and/or hand stamp on verso, and the Salazar prints with a hand stamp on verso; each print is tipped to mount recto, with a decorative block-letter caption, in ink, below the image area. Thick folio, leatherette with gilt debossing, edgewear, front cover cocked, with David Berjman's facsimile hand stamp on the title page; 3-bolt binding; contents crisp and clean. 1947
Set Alert for Similar Items

Acquired directly from the Estate of David Berjman; to a Private South American Collector.

Chambi's fine photographs were exhibited at the Museum of Modern Art, New York from March 23-May 3, 1979. A successful portrait photographer, he operated a commercial studio in Cuzco for decades, where he sold carte-postale-size photographs. His poignant studies, which captured the handsome features of native peoples in the studio and in the field, were complemented by a longstanding interest in ancient Incan culture.

His panoramic and detailed views were the focus of an artistic project that occupied Chambi for decades. The prints were created independently on site, and produced as medium-format photographs.

The album was compiled and presented to R. Beyman and commemorated a conference celebrating Peru and its range of ancient to colonial-era architectural splendors.

The album is organized into distinct sections, and each of the photographs is carefully captioned. The photographs corresponding to the first three categories are credited or attributed to Salazar, an accomplished commercial photographer whose fine aesthetic and technical mastery integrate seamlessly with Chambi's refined visual sensibility. The album is composed of the following sections:

I. Peru, Lima. With 45 photographs, comprising 7 of artifacts associated with the Machica, Chanka, Chavin, Huacos Muchik, Nazca, and Rukaba cultures that are housed at the Museo de Antropoligia and 38 exterior and interior views of churches, palaces and lavish "casas," and street scenes in Lima;
Pages 4 through 49. 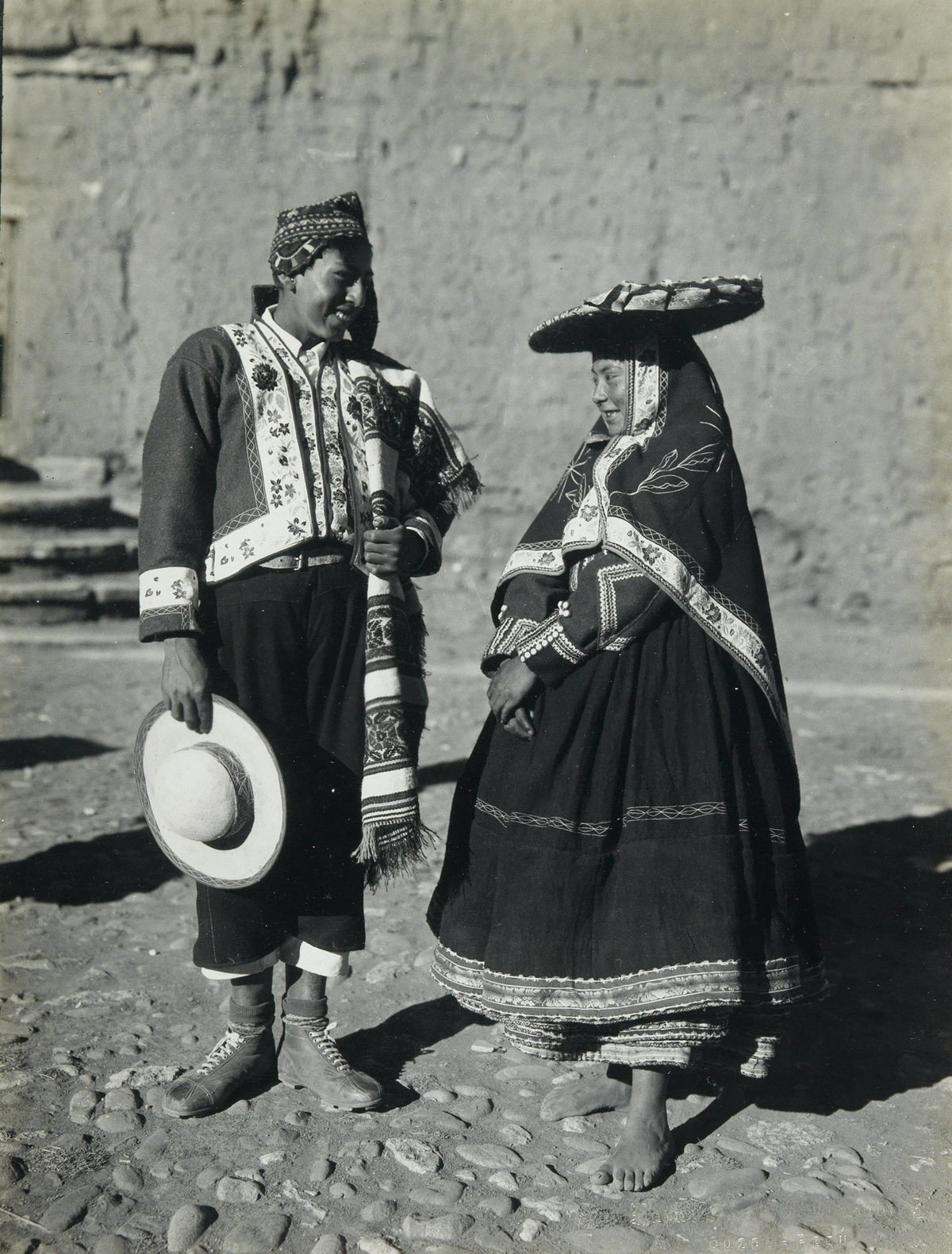