This charming, Impressionist plein air study is the first example of a painting by May Howard Jackson that we have located. Known as a sculptor, Jackson is one of the earliest African-American female artists - alongside Edmonia Lewis (c. 1843-1912) and Meta Warrick Vaux Fuller (1877-1968).

Born the same year, May Howard Jackson and Fuller both came from privileged families that embraced fine arts and studied at the Pennsylvania Museum School and the Pennsylvania Academy of the Fine Arts. Jackson won a scholarship to attend in 1895, the year before Fuller--becoming the first African-American woman to attend. She married in 1902, and moved to Washington, DC, establishing a studio there and exhibiting at the Corcoran Gallery. In 1912, she exhibited busts of F. J. Reverend Grimke and W. E. B. Du Bois at the Verhoof Galleries in Washington, DC, and received critical acclaim. Nevertheless, she was rejected by the Washington Society of Fine Arts and the National Academy of Design. She later joined the faculty at Howard University, where she taught with James A. Porter, and continued to exhibit her artwork at the Harmon Foundation and the Barnett-Aden Gallery in the 1920s and '30s. Her work today is found in the Barnett-Aden Collection and in the collection of Howard University. Farrington pp. 72-74; St. James p. 266.
Set Alert for Similar Items 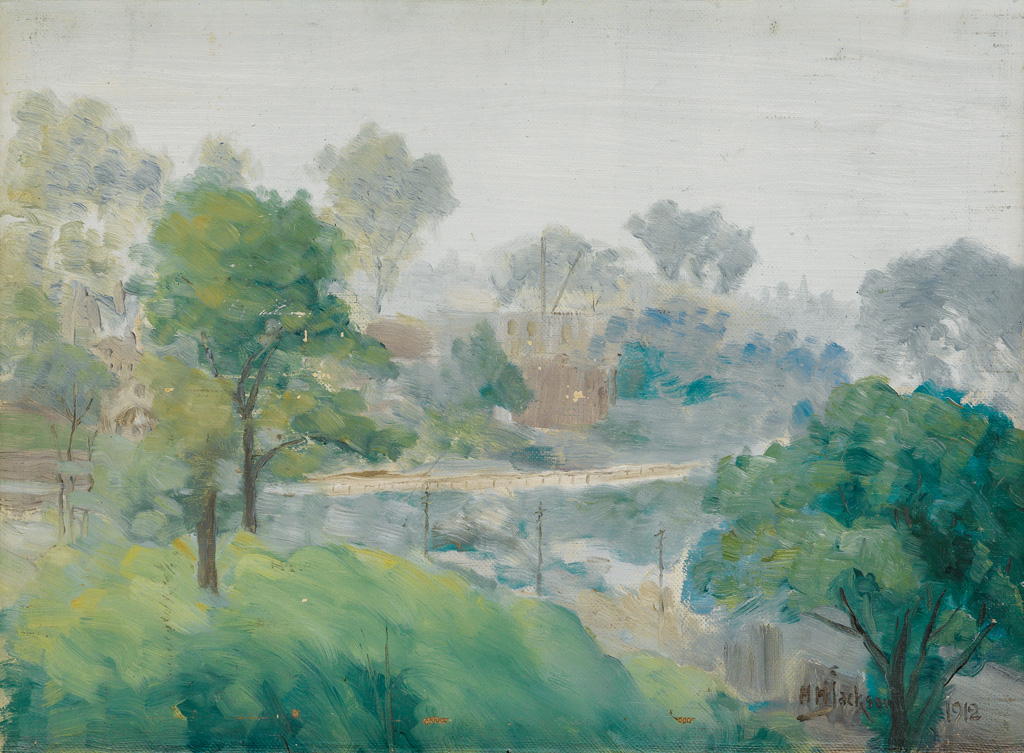