Jazz is an important motif for contemporary painter and printmaker Melvin Clark. This impressive woodcut is inspired by saxophone giant Sonny Rollins and bears the same name as his famous 1956 Prestige album. In 1986, Clark received a fellowship to do his first woodcuts at Robert Blackburn's Printmaking Workshop in New York, and soon moved to New York from Detroit. Clark describes the impact of jazz in New York City upon his art: "I was able to see live, all the living legends of Jazz... I often use musical themes in my art. The energy of live musical performances is what I strive to capture in my compositions." Clark executed two large-scale public murals in the New York area, including the 1996 mosaic tile mural Enchanted Dreams and Sunbird at P.S. 152 in Brooklyn, and New Spirit Ensemble, a major mosaic mural at an entrance to Newark Penn Station, completed in 1998. His work is found today in the collections of the Museum of Modern Art, New York, the Modern African Arts Gallery, Amsterdam, the Printmaking Workshop, New York, the Lower East Side Printshop, New York, the Detroit Board of Education, and the Pehl Collection, Eldersburg, MD.
Set Alert for Similar Items 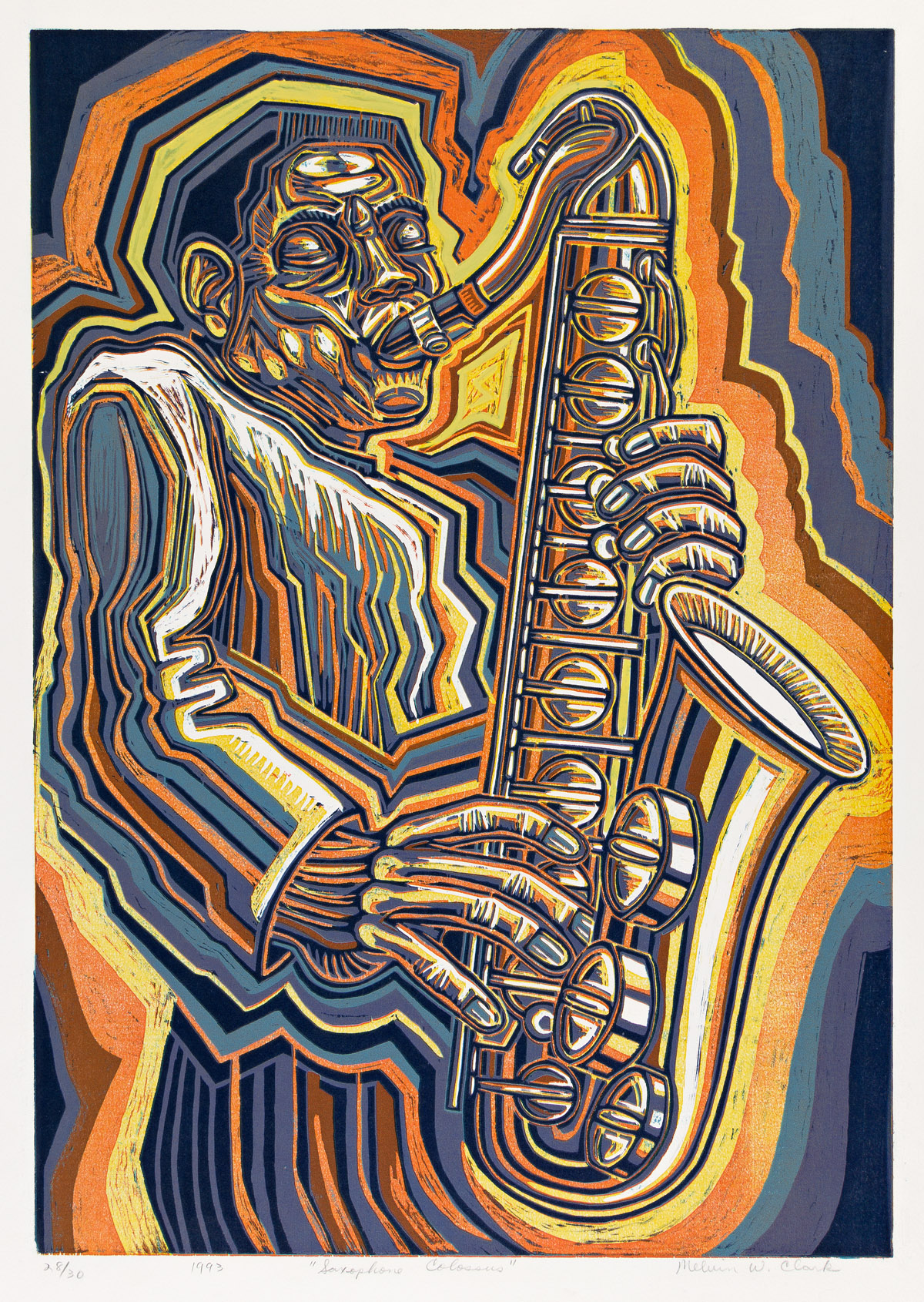